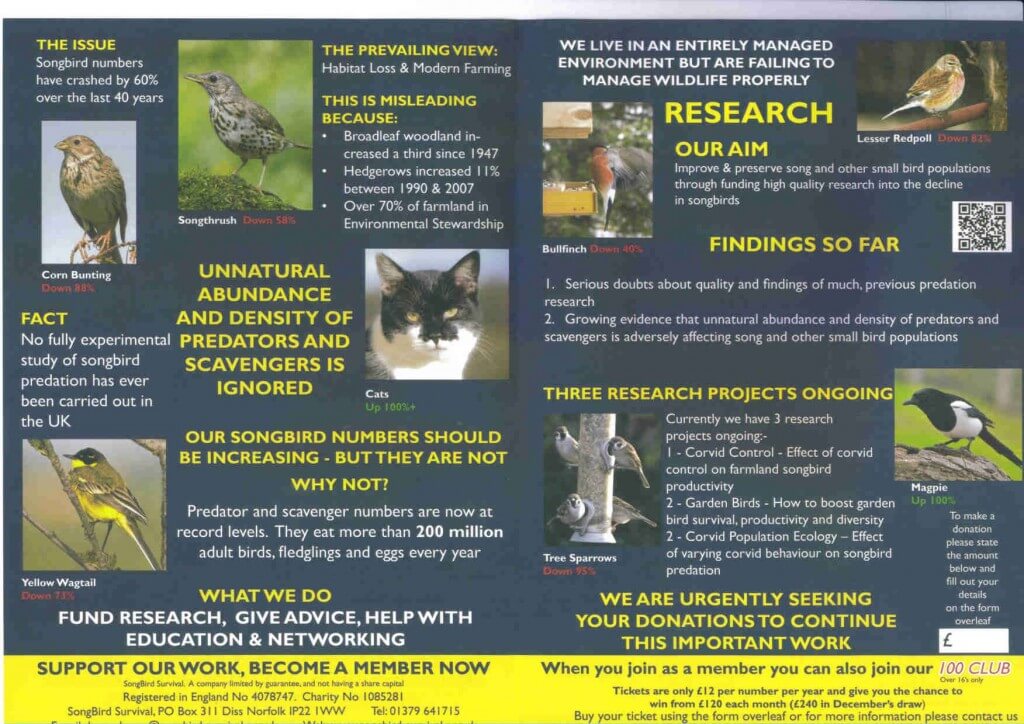 A reader of this blog was shocked, and somewhat horrified, to find this leaflet flutter out of his Farmers Guardian last week. He cancelled his subscription.

This would be an excellent leaflet to give to a mixed group of students – biology students and media studies students – and ask them to analyse it.

They might need a bit of help to realise that one of the most recent studies in this area was funded by Songbird Survival and found precious little evidence of any impact at all of predators on songbird populations.

It’s a rather special-looking Yellow Wagtail though isn’t it? And that Lesser Redpoll has a shifty look about it…

No doubt, regular reader and commenter to this blog, and boss of Songbird Survival, Keith Cowieson, will explain this to us all.