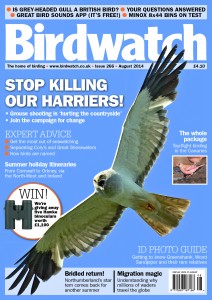 In the eight months since I launched an e-petition on the government website to ban driven grouse shooting I have become more and more convinced that it is the right thing to do – and even that it is inevitable.

Standing just short of 21,000 signatures, this e-petition now has four weeks to gather a bit more support. Please tweet it, send it to friends and sign it yourself if you agree with it. Every signature sends a stronger message to the next government to act on this subject.

Since May, the grouse-shooting industry has shown itself to be intransigent and has turned down a generous offer from the RSPB in the Hen Harrier sub-group to adopt brood management once Hen Harrier populations recover from their parlous current state.

Since May, an authoritative study has demonstrated that the management of grouse moors leads to water discolouration (pushing up water bills), increases greenhouse gas emissions, may increase flood risk and results in losses of aquatic invertebrates, 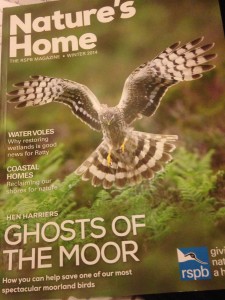 Since May, another authoritative report has rubbished the claims of economic benefits of grouse shooting.

Since May, hundreds of people demonstrated on Hen Harrier Day to publicise the plight of the Hen Harrier – reduced in numbers to fewer than a handful of pairs in England when the science says there should be 330+ pairs according to the available habitat.

Since May, M&S reversed their decision to sell grouse in two of their London stores because they felt unable to speak for its sustainable production.

Since May, the RSPB has called for the licensing of grouse moors in a hardening of its attitude (although licensing won’t  work – but if you think it will then signing this e-petition makes licensing more likely too). 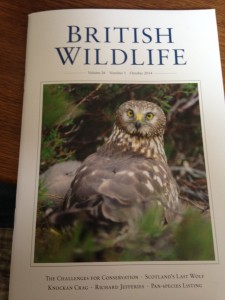 Since May, Ethical Consumer magazine called for a boycott of businesses associated with grouse shooting.

Since May, Lush cosmetics’ customers signed over 20,000 postcards which were delivered to Buckingham Palace in the autumn.

Since May, Sky and Hope went missing.

Since May, Birdwatch, British Wildlife and Nature’s Voice magazines have featured Hen Harriers on their covers – the debate has so grabbed the imagination.

Since May, there has been a Rally for Nature which highlighted the issue of wildlife crime.

Be part of this movement for change – please sign this e-petition calling for the banning of driven grouse shooting now.