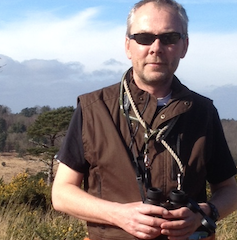 After twenty-some years pursuing a career in marketing and management consultancy I jumped ship and returned to academia, initially to study Countryside Management and then moving on to read for a degree in Ecology. The marriage of my old world and new is not a comfortable one. From the dual perspectives of environment and economy, the forthcoming election promises to be an interesting one; perhaps not for producing an earth-shattering result domestically, but with potential ramifications on a wider front.

What does the United Kingdom’s membership of the EU mean to you? Ease of travel for a summer holiday? Freedom to work anywhere within its bounds? The longest period of political stability in history? Or monetary instability, uncontrolled immigration and bureaucratic wastage? To many reading Mark’s blog on a regular basis it might mean something else; environmental protection. Much of the UK’s environmental legislation (actually, I must be cautious with unqualified statements – the constituent nations of the UK can adopt different solutions to legislation, so from here I’ll refer specifically to the situation for England) stems from EU treaties. In particular, the Birds and Habitats Directives commit nations to implement protective measures, but it remains the responsibility of each individual nation to enact those commitments, which inevitably means there is variation in interpretation of the requirement. Ostensibly though, we defer to Europe in respect of the protection afforded our habitats and species.

So let’s jump forward to late 2017. The Conservatives, having been returned to power, honoured the promise of a referendum on continued membership of the EU and Britain voted to leave. Should the badgers (a bad example, I agree!) and foxes pack their bags and emigrate whilst they still have time? Is every ancient woodland in the land about to be grubbed to make way for houses or high speed rail? Is our environment doomed by the impending loss of its EU protection? I think not.

I am not ashamed to admit I’m a firm Eurosceptic. But, until recently, I’ve predominantly viewed Europe with my ‘economics-graduate’ hat on. Are BMW going to stop selling cars to us post-‘BRexit’? No! Is London still going to be a financial hub in the global economy? Yes! Will we still be able to head off on a beano to Paris or Rome or Madrid whenever we feel like it? Of course we will! But, now, an ecology-(under)graduate hat hangs on the peg alongside the economics, and I confess to a niggle and a waver as to whether we risk too much natural capital by leaving the EU. But, after much deliberation, I’m coming to the conclusion that we can do without Europe ecologically as well as economically.

First, and this is largely a matter of opinion rather than hard fact, so you might choose to disregard this point, the EU is, first and foremost, a political environment administered by political animals. Economic prosperity will be the primary driver of decision-making and environmental policy will likely be ever more compromised where and when it suits politicians. This is already appearing to manifest itself in the current administration and a quick Google search on the terms “Junckers”, “EU” and “Environment” will result in a plethora of documents, some of more robust provenance than others, opining that the new EU President is less than sympathetic to the natural world (for example, his appointment to the role of Commissioner for Climate Action has links to the oil industry, and the UK press reported his willingness to soften environmental instruments to win support from David Cameron, his chief opposor to election. EU political will to protect may not be as strong as we would like to believe it to be.

Secondly, legislation. As I mentioned a moment ago, the acts that convey protection are implemented not by Europe, but by the English legislature. The directives merely impose a requirement on member nations to achieve a particular objective. It is often contended that the Wildlife and Countryside Act 1981 and the convolution of legislation supplementing it actually impose far greater protection than the EU Directives ultimately require; ‘gold plating’ for want of a familiar expression. Furthermore, as signatories to the UN Convention on Biological Diversity, the UK is committed at (arguably) an even higher level of governance to meet certain objectives, namely a reversal of biodiversity loss by 2020, so substantial erosion of protective measures is not, necessarily, a simple step for government to take. Of course, we should be under no illusions that politicians of most persuasions would happily dilute the existing laws if it helps them promote short-term well-being of their voters (unfortunately our cost-benefit approach to conservation discounts future generations far too aggressively for politicians to consider what true sustainability means). However, the fact is, today, our local legal protection is pretty good and I’m not convinced EU rules add anything to planning or court room decisions on whether to conserve or destroy.

Finally, there is the bugger’s-muddle of operational reality in the EU. George Monbiot (@GeorgeMonbiot) has written several interesting pieces for his column in The Guardian over the past year or two (for example, this, and this). Whilst I enjoy reading Mr. Monbiot’s column I don’t suggest that we should blindly take his every word as gospel, but the general point he makes is an interesting one: that whilst the EU might fund much in the way of restorative projects, it’s EU policy and EU money that often stimulates activity that creates or exacerbates the problems in the first place. And, of course, when I say EU money, I mean OUR money…£9.4bn net in 2015/16 to be precise. Is that really how we want our countryside managed – with such flagrant inefficiency and contradiction?

So, on balance, my Eurosceptic-heart prevails. I see some risk in abandoning Europe; the Government could espy an opportunity to overhaul (and weaken) our existing legislation and set the developers loose. But, withdrawal will mean the politicians have their hands full sorting out all manner of other issues so my hunch is they’ll not worry too much about Wildlife and Countryside Act et al. Anyhow, Junckers is just as likely to strip protections and I’d see a greater chance of the public and the NGO’s swaying the UK government to our position than the behemoth that is the EU. And the upside of ‘BRexit’ in terms of reduced bureaucracy, improved land management resulting from abandonment of some damaging practices and subsidies, and less pressure from a rapidly growing UK population COULD actually be of long-term benefit the natural world.

As a final word, by way of illustration, permit me to cite three examples of European law singularly failing to protect the environment; one local to me, one national, and the third European.

(1) Expansion of Lydd airport, to enable B737-size aircraft to fly in and out, directly adjacent to SAC designated land bordering RSPB Dungeness was approved on appeal by Rt. Hon. Mr. E. Pickles MP last year despite vociferous objection from RSPB, Kent Wildlife Trust and the local community. Particularly galling about this failure to protect was the subsequent decision, within days, to close Manston Airport, just twenty miles away in north Kent.
(2) HS2, the route of which will crash headlong through numerous important habitats. Ultimately, the government, with support from Labour, was able to ignore all environmental objections on the basis of a perceived economic benefit.
(3) Brought to public attention by Chris Packham (@ChrisGPackham) so effectively last year, the annual slaughter of migratory birds, specifically banned under the Birds Directive, transiting Malta (yes, an EU member state).
(And if you haven’t had enough of George… see here)