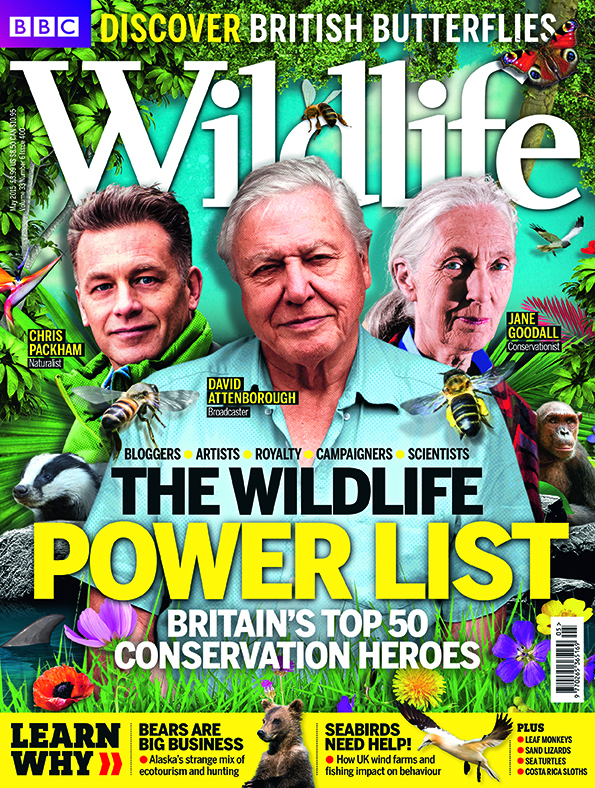 In May’s edition of BBC Wildlife magazine they publish a list of the 50 people most likely to make a difference to the natural world in the next decade. It’s a list of those considered to have the most potential influence for good. As such, it’s rather nice to find myself at #14.

You’d expect to find David Attenborough and Chris Packham near or at the top of the list, wouldn’t you?  And they are.

How many politicians would you expect to find? The answer is two. Which two?

Which wildlife NGOs are represented here? And which of their staff?  I am pleased to be nestling in the list between two of my NGO friends and only a few places behind another.  But some NGO big-wigs are missing from the list – that will get the tongues of their staff wagging.

How many women? The answer is fourteen – is that too few?  Well, have a look and then see who you would have added.

Such lists are fun, and shouldn’t be taken too seriously. Having said that, they also stimulate debate about the state of wildlife conservation and what, and who, really makes a difference. Have a look at the list (available in all good newsagents very soon, and coming through your letterbox anytime now if you are a subscriber) and see what you think. I’ll probably do the same and come back to it next week.