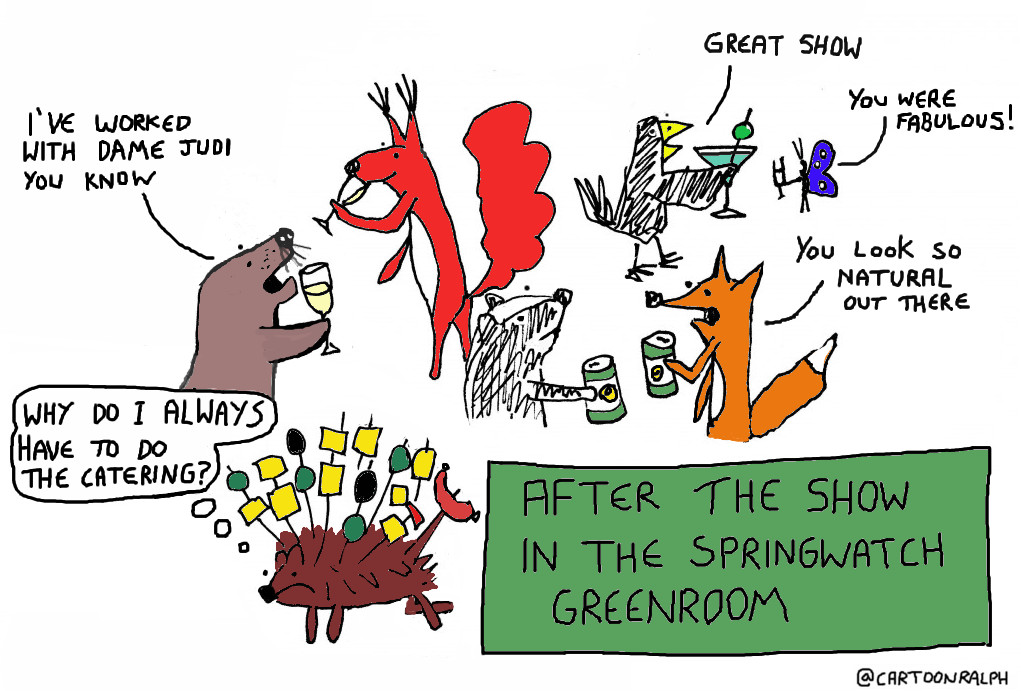 Mark writes: I haven’t seen much Springwatch this year – I’ve been dashing about too much.

There’s been a bit of Twitter discussion, though, about the fantastic footage of Hen Harriers from Orkney (with Iolo Williams). I thought that was just wonderful – and exactly the type of exposure that Hen Harriers need. The mention by Martin Hughes-Games about how few there were in England, might, surely, have mentioned that this is because of illegal persecution rather than because Hen Harriers are simply rare birds.  But we can’t expect Springwatch to be the main route to the public for hard-hitting conservation messages – that’s just being unrealistic.

Chris Packham, and a very good Wildlife Crime Officer from Suffolk, did a very good job on wildlife crime on Springwatch Unsprung on Thursday evening; hare coursing and raptor persecution.

Look out for David Lindo on Springwatch Unsprung on Wednesday 10 June for the result of the National Bird Vote. I’d think it will be Robin or Blackbird – and I’m just pleased that Hen Harrier made the final 10. Maybe it will be 9th – that would be quite a victory!