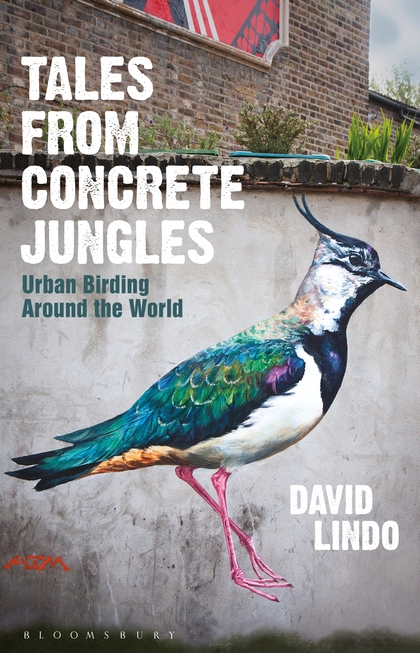 A book about birds in towns didn’t immediately appeal to me. Birding in built up areas has always seemed to me to be making the best of a bad job rather than a good choice. But I was persuaded by the tales that the Urban Birder tells here.

David Lindo – he of the national bird vote (Robin first place, Hen Harrier ninth place) – styles himself the Urban Birder and this book is his attempt to win over people like me.  He is a very winning sort of guy, is David, and so is the book.

This is a collection of accounts, many of them previously published in shorter versions in a popular birdwatching magazine, of David birding in cities and towns around the world. The people he meets are quite interesting and all birders like to hear tales of birding failure and success – there are some of each in here.

I’ve been to only a few of the places where David went in the pages of this book, but his accounts of those we have in common rang true with me and reminded me of my trips. I enjoyed the accounts of urban birding in Britain the most, probably because more of the people and places were familiar but also because the birds were too. It’s easier to share the elation and disappointment when you have a common understanding of the chances of any bird being seen.

Now I must go out and do my BTO House Martin survey in Corby – David Lindo will be proud of me.

Tales from Concrete Jungles by David Lindo is published by Bloomsbury (they publish a lot these days don’t they?!).

Inglorious: conflict in the uplands by Mark Avery will also be published by Bloomsbury at the end of July.