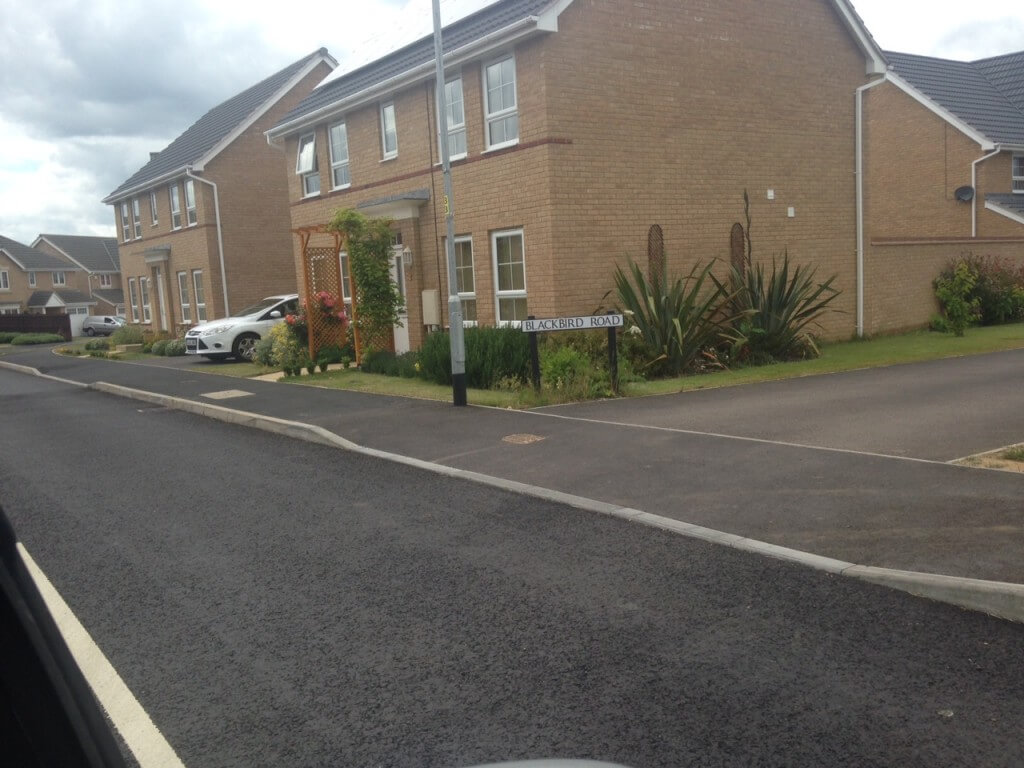 I took a leaf out of David Lindo’s book and went urban birding. Well, actually, it was the BTO House Martin survey and I had volunteered to visit lots of houses in Corby.  Blackbird Road (off Dunnock Road) and near Robin Road, and with Jackdaw, Flycatcher, Fieldfare, Thrush, Nuthatch, Lapwing, Siskin, Magpie and Lark closes and roads also available, seemed promising.

It feels a little odd driving around a housing estate and looking up at people’s roofs – it must look as though I am looking at their bedroom windows! However, on neither score was anything spectacular seen. I didn’t see a single House Martin, but I still had another housing estate to cover which included delightfully West Country names such as Lundy Close, Tavistock Square and Clovelly Square – but when I got there I drew another blank.

Lots of houses but no House Martins. This did make the whole process quite a lot quicker! Imagine how long it would have taken if the houses had all had a House Martin nest or two on them – I’d still be there.  But I guess I was a little surprised. I stopped several times and scanned the skies hoping to see a House Martin, but I saw none at all during a couple of hours looking for them.

It made me feel lucky to live in a street where House Martins do nest.

As we all know, negative data are (often) just as important as positive data, and it’s not as though I’ve never seen a House Martin before, but it’s difficult not to feel a little disappointed by the lack of the species for which one was looking. Did I miss them? Am I just rubbish?

9 Replies to “Urban birding for the BTO”