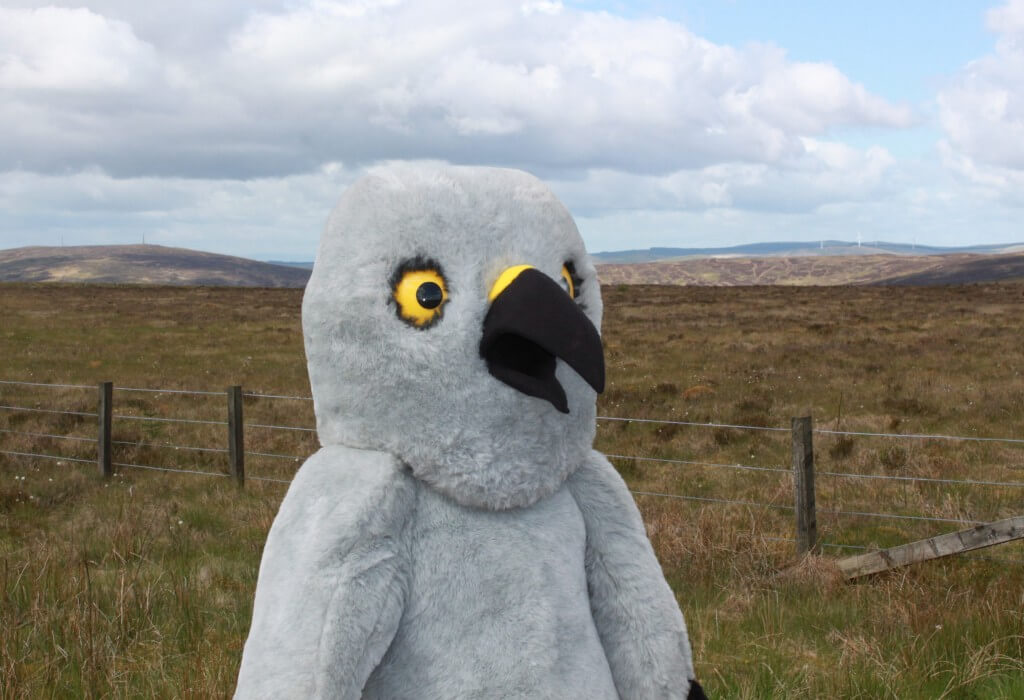 We’re still at Langholm – there’s Sir John’s monument in the far distance on the hill.

We had spent ages sitting in the car looking over Langholm Moor in the pleasant sunshine of early June (for that is when we were there) waiting for the crowds to disperse. The crowds? you say?

For when we got to Langholm, on our way to Geltsdale (remember Geltsdale?), the road was full of cars (a couple of them) and lots of people. We also noticed that there were some people – great gangs of people (four of them actually) – on the hillside.  These people seemed to be having a look at a Hen Harrier nest, given that the ringtail (Henry got quite excited at this stage) was dive-bombing them.

The observers, who I guess were a bunch of scientists, headed back up the hill and the ringtail settled down on the nest again.  You wouldn’t want to do it too often, but that nest was perfectly OK.

BASC and followers on have been banging on about disturbance by birders as a factor in Hen Harrier nest failure. Could be, that’s one reason why the bird is on Schedule 1 and you need a licence to disturb them at the nest. I guess this bunch of people had a licence. They might even be employed by the G(W)CT. Disturbance isn’t what is causing nest failure in Hen Harriers – and the G(W)CT should come out and say so.