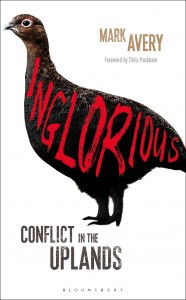 I’m quite often asked whether I really want a ban on driven grouse shooting – I do! And then I’m sometimes told that ‘It’ll never happen’ and I say ‘It will’.

Let’s start with the very obvious, but rarely stated, fact that driven grouse shooting is not essential. We don’t need it. Most of us would not notice if it were gone. It’s an unsporting field sport for a very few people, and it’s sometimes called an industry – but it’s an industry that produces nothing.

This is important because grouse shooting isn’t like farming, for example.  We all need food, and we all need farmers. We might sometimes not like what some of them do, if they are cruel to their animals or use powerful pesticides on their crops, but on the whole we accept or turn a blind eye because we need them to produce our food. Nobody needs a grouse moor. Grouse shooting is a niche hobby like train-spotting or twitching. Providing the participants don’t do anything too nasty then we’ll all say ‘I wouldn’t want to do that but I suppose it’s OK that they do’ most of the time.

That’s why Charles Clover was right to point out in the Sunday Times (though the rest of us have been doing so for years – but he may be listened to) that grouse shooting needs public support. That means it ought to behave itself.

Driven grouse shooting already has two big problems as far as winning over the public is concerned. The first is that it involves the rather unsporting prospect of killing lots, and lots, and lots, of wild birds driven towards a line of guns. It involves killing – its whole point is killing actually. And some people will be against it from the very start because of that. Personally, I find the scale of killing distasteful but that isn’t my major gripe. That’s why I am not running a ‘Ban all shooting’ campaign. But many start as opponents of this distasteful hobby because it is steeped in killing things for fun.

Then there is the ‘rich people’ issue. It’s not really a class issue, for as we have seen, many of the proponents of driven grouse shooting are loaded but not classy.  A rich man’s hobby (of killing wildlife) is not the easiest thing for which to gain public support. But that’s not my main gripe with it either (although it does make it a lot more fun – let’s be honest).

No the real reason that driven grouse shooting is doomed is that it is based on intensive mismanagement of the uplands that will bring it into terminal conflict with the law, nature lovers and policy makers alike.

The first circle that cannot be squared is the Langholm study results (see Chapter 3 of Inglorious).  If Langholm were typical, and we have reason to believe that it was, then you cannot have driven grouse shooting, depending on massively unnatural populations of Red Grouse to provide enormous ‘bags’ of dead Red Grouse in the presence of natural levels of birds of prey – Hen Harriers, Golden Eagles, Peregrines etc.  I think the grouse shooters accepted this inevitability long before we conservationists did. It’s a choice – a clear choice. Do you want birds of prey or a useless pointless hobby for the rich? I choose birds of prey but it’s up to you what you choose.  But in the end you do have to choose because you can’t have both.  The British love of compromise runs up against a brick wall when it meets biological reality.  Bring the British people into this choice, like the taxi driver who took me to the BBC studio at Millbank yesterday or the woman behind the Post Office counter and they will choose wildlife every time. Every time.  Let’s ask them.

And with more and more satellite tags being fitted to young harriers then the more damning the evidence will be. We now know that Lush and Ecotricity will be funding tags next year. Give it five years and the scale of illegal killing will be laid bare with birds like Annie, Sky, Hope and Bowland Bess dying in the glare of publicity.  It won’t take long.

The second circle that cannot be squared is the ecological harm and damage derived from intensive habitat management for Red Grouse. Increased flood risk (and higher home insurance costs), increased greenhouse gas emissions, increased water pollution (and therefore water bills) and damaged blanket bogs are all costs of this intensive management. If you live in York and are paying higher home insurance because of grouse shooting, or live in Leeds and suffer higher water bills, grouse shooting becomes an issue for you and for the politicians and policy makers who should look out for your welfare, and the utilities who have you as a customer.  The Leeds University Ember project, and a wealth of other data, add up to an environmental Langholm study – you have to choose between intensive grouse shooting and a damaged and expensive ecosystem, and no grouse shooting and a healthy ecosystem and lower household costs. Let’s put that one to the vote too.  Rich person’s useless, pointless, unsporting sport, or lower bills for the masses? You choose – no, actually, we choose!

If the water utilities would get a grip of this issue, and if Defra would get off its backside and start delivering for the public good, and if the wildlife ngos would realise that a victory was within their grasp, then this wouldn’t take long at all. As it is, the eventual, certain, and welcome outcome, a cessation of the damaging practice of driven grouse shooting is going to take a while to achieve. But momentum is building all the time. Every dead harrier, every failed campaign of spin by the shooters, every new study of ecosystem damage, every new complaint that puts the UK’s environmental credibility at risk, every damaging report by the Committee on Climate Change, every Hen Harrier Day rally brings the demise of driven grouse shooting closer.

Ban driven grouse shooting. Let’s get to 12,000 signatures on the Inglorious 12th!

33 Replies to “Why driven grouse shooting is doomed”