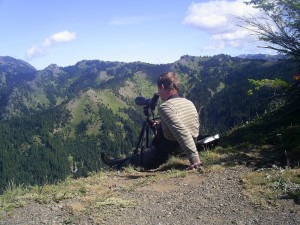 Ian Carter has worked as an ornithologist for more than 25 years. He was involved with the Red Kite reintroduction programme in England and has a keen interest in the conservation of raptors, bird reintroductions and wildlife management more generally. He is particularly interested in what might be called the culture of nature conservation and how this interacts with science to influence our attitudes towards the natural world.

What is the current state of play for wildlife and the habitats on which it depends in Britain, or, for that matter, in the rest of the world? With the obvious pressures from development and agriculture, fostered by an ever rising human population, are we doing enough to conserve the natural world? It’s not in dispute that we have lost more and more of our wildlife and wild places over the last few hundred years. And the evidence clearly shows that declines have continued apace during recent decades. The last few decades have also seen a huge growth in conservation organisations and in measures designed to help limit the losses and to protect the best areas of habitat that remain. So, how successful have we been in protecting wildlife and wild places? These are fundamental questions for anyone interested in the natural world; questions that are surprisingly difficult to answer. To borrow a thought from Simon Barnes, our responses to them are likely to be based less on knowledge and sound reasoning than on temperament or even mood.

When trying to understand a situation I find it useful to think in terms of extremes. In this case, one extreme would be the landscape and wildlife of Britain before humans started to modify it. Wilderness, with a high (if unknown) proportion of dense, natural forest, would cover the entire landscape, and the full suite of native species, including major predators, would still roam the land. At the other extreme is what we could have in a future ‘nightmare-scenario’, perhaps a few hundred years from now (perhaps sooner), where every scrap of land is required to support humanity and there is simply nothing left for wildlife. Everything has either been built-on or enclosed for intensive use by people. All our food is produced in enclosed, sterile growing areas where the climate is artificially controlled to maximise production and wildlife is completely excluded. Wild animals are known only from books, websites and a few token representatives which can still be seen in the handful of remaining zoos. The renowned American biologist E.O. Wilson has even proposed a name for this potential future age on Earth. He suggests that the present Holocene (meaning ‘entirely recent’) might give way to the Eremocene or ‘age of loneliness’.

Clearly, here in Britain in 2015, we are somewhere in-between these two extremes. It’s a highly subjective judgement but you could make a pretty good case that we are somewhere close to half-way between them. On the one hand, almost all our truly natural habitats have long since been destroyed. We are left with just tiny fragments of wilderness (if you can call it that) and larger ‘semi-natural’ areas, all greatly modified by human activity. The influence of people, and our crops, livestock and pollutants, is everywhere and some of our most enigmatic wild animals have already been consigned to history. Yet, on the other hand, we are still a very long way from having concreted over the entire country. Wildlife has been heavily influenced by people but it remains as a highly visible presence all around us, with considerable diversity still remaining. Most of the native birds that recolonized Britain after the last major glaciation, roughly 10,000 years ago, are still with us today.

This brings us back to the point about temperament and mood. Your view of what conservation has been able to achieve and the current ‘state of nature’ probably says something about whether you are an optimist or a pessimist. Is the glass half full or half empty? Do you focus on the huge gap between what we have now and the potential ‘nightmare scenario’ where there is virtually nothing natural left, and count your blessings that we still have something worth fighting for? Or do you spend more time in despair, contrasting what we have now with the far richer countryside of the past. To put it another way – Do you think mostly about all the amazing wildlife we have lost, or about all the amazing wildlife we have yet to lose?

Personally, I flip regularly between despair and positivity and my state of mind can be dramatically influenced by something as simple as a walk from the house into the local Cambridgeshire countryside. There are days when wildlife seems to be everywhere; thriving despite the changes we have wrought (and in some cases because of them). The fields are full of Brown Hares, there is fresh digging at the local Badger sett, and I notice Fox prints and Otter spraint along the main fen drain. A cloud of gulls is following a tractor and the next field has flocks of Skylarks, Starlings, Lapwing and Golden Plover all seemingly making a decent living. There appears to be enough wildlife to support predators at the top of the food chain. In less than an hour I see a stunning male Hen Harrier criss-crossing the fields as well as a distant Peregrine and two different Barn Owls hugging the grassy margins of the fields. On another day it’s a struggle to see more than a handful of individual animals on the same walk and pessimism is hard to shake off. The arable fields appear devoid of life – eliminated, so it seems, by intensive agriculture and its lack of tolerance for anything that might interfere with the growing crops.

My mind-set can also be flipped from one state to the other by flicking through wildlife magazines or browsing conservation websites. It seems we are constantly bombarded by highly contrasting visions of the natural world, some not so far removed from the two extreme scenarios I’ve described. There are inspiring conservation success stories – species that have been brought back from the brink and are now thriving, and nature reserves teeming with wildlife just waiting for us to visit. Then there are stories about drastic declines in many of our once common and familiar species and warnings that they may soon be gone for good if we fail to act. I am reminded that over 95% of our wildflower rich meadows and 80% of our heathland has been lost in the last 200 years; that just 2% of Britain now comprises ancient woodland. I can read a single issue of BBC Wildlife magazine and come away reeling from a heady mix of inspiring wild places that I can look forward to visiting and concern that they may no longer be there by the time I get around to it.

In the end I lean towards optimism rather than pessimism most of the time, though probably more through necessity than through any sound logic. What we have currently is sufficient because it has to be. If you are interested in wildlife then you are stuck with what is left and you simply have to make the best of it. Our brains are supremely good at adapting to situations as they are, rather than as they might have been. If we still had Brown Bears, Dalmatian Pelicans or Great Auks in Britain then a sighting of any one of them would enhance a day out in the field – and if I think about that for long enough then I feel very sad they have gone. As it is, a glimpse of a Stoat, Water Vole or Turtle Dove is usually enough to lift the spirits because that is all we can expect to find these days. This inbuilt homeostasis is a not insignificant problem for conservation. If people automatically adapt to the situation they find themselves in then it is hard to generate the passion and the anger that some believe is currently missing from the debate. When I discuss conservation with others not fully converted to the cause they often remind me that most of Britain is still ‘countryside’ – the implication being that they are happy enough with the wildlife and green spaces that we have left. It would be a great shame if a few hundred years from now all it took to set the pulse running a little faster was a Rabbit or a few Starlings, hanging on in one of the last remaining pockets of undeveloped open space. That seems to be the way we are heading though at a rate that is gradual enough for people not to notice

5 Replies to “Guest blog – State of Nature by Ian Carter”