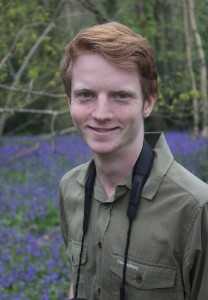 Peter Cooper is a 21 year old naturalist, writer, zoology student and avid badger watcher. He has written both whimsical nature writing and ‘proper’ environmental journalism on his personal blog and for The Independent. Peter is currently going into his third year at the University of Exeter Cornwall Campus, where he is the editor in chief of his university’s nature magazine ‘Life’ and a presenter on student wildlife documentary ‘Naturewatch’. Always happier in the woods, when at home he is generally pursuing the natural history of his Romsey and the New Forest stomping grounds, with particular on-going studies of the local mammal populations. A steering committee member for the youth conservation movement ‘A Focus on Nature’ (and a mentee of Mark’s through the programme), Peter is keen to engage other young people into steering wildlife conservation towards a new era, and has particular interests in exploring the prospects for rewilding in the UK.

Being a conservationist is a bipolar affair. On the one hand engaging with nature fills us with joy, yet on the other, humanity’s relentless assault on the natural world, and the seeming inability of those who care to get the big business-folk and politicians to listen, can leave you thinking all the efforts of conservationists are ultimately futile.

Unfortunately, the latter mind-set has been looming large recently. On top of the many on-going assaults on wildlife and the environment, 23rd July was when the government decided – or perhaps more likely, were pulled on the trouser legs by high-up representatives of the NFU – to reverse the ban on neonicotinoid pesticides. Like many environment related decisions, this is another textbook case of Government sticking its head in the sand to unbiased scientific facts, and rushing towards short-term economic gain.

Mention farming to a conservationist, and while you’re likely to get a pick-and-mix of responses about the good or bad it can do for nature (largely based on that individual’s experience) one thing that pretty much all can agree on is that intensified agriculture has caused a reduction in Britain’s wildlife over the last 50 years or so.

That is a fact, supported by hordes of data on the showy species we can record easily (birds, butterflies & wildflowers), and the trend is generally reflected in everything else too – as State of Nature so starkly told us.

Of course, even without scientific evidence, there is enough verification for this decline. Nowadays, I find myself in the all-too familiar conversation with the baby boomer naturalist. Frequently stroking a beard, they reminisce over the vast number of lapwings that used to swarm the fields till it looked like a chessboard, counting dozens of water voles on an hour’s walk by the river, and in the headlights of the car at night, the ‘moth snowstorm’ – themes explored beautifully in Mike McCarthy’s new book of the same name.

These and so many other plants and animals’ life histories were both directly and indirectly linked to how the farmer treated the land. When you consider that roughly 71% of the UK is farmland, that’s a huge amount of responsibility we place with them.

We can’t ignore the fact farming is a business, and will therefore operate to the pressures that society as a whole puts on them. In a world of fluctuating supermarket prices and increasing numbers of mouths to feed, short-term destruction of nature by stripping land bare and smothering it with pesticides appears to have been the answer to such demands, and this fundamentally makes it difficult to get conservation engraved in what is essentially an industrial landscape.

Conservationists have tried their best. It most definitely isn’t working. The RSPB’s Hope Farm project has shown how one can maintain wildlife on farmland while maintaining a successful business, as have numerous other studies that reveal the long-term farming benefits of maintaining these ‘ecosystem services’; but they have fallen on deaf ears.

The environmental stewardship schemes appear to be the government’s lip service to providing for wildlife on farms, but the key fact it’s voluntary means only a minority of farmers have actually signed up, with the majority on the rather tame ‘entry level’ stewardship. Inspection of how signed-up members are maintaining schemes is reportedly very poor. This is about as beneficial to nationwide conservation as nature reserves; tiny islands of (variable) natural bounty in an otherwise cruel sea.

There are farmers who care, and are conservationists in their own right. Among those I know personally are people like Derek Gow, a conservationist I’ve started working for this year, who is most famous for his work in water vole and beaver reintroduction; yet few realise he is also a commercial cattle and sheep farmer very much in tune with the agricultural community.

Of my own age, there is fellow student and good friend of mine Jack Hirst. Part of a sheep farming family in the Yorkshire dales, he is also an enthusiastic naturalist studying Conservation Biology & Ecology at the Exeter University Cornwall Campus, and is a sign of hope for the next generation of farmers. A conservationist can (with a good dose of confidence) easily march into a pub, blather to a bunch of farmers about why they should conserve wildlife, and walk out again, only for the latter to disregard it all immediately. If someone like Jack within the group speaks up on it however, there is a lot more of a chance they’ll listen.

But again, these are just a couple of farmers among too few to make a real difference. Year upon year, the data from surveys such as the farmland bird index continues to get worse, and conservationists continue to say: “Oh dear, things still aren’t working out. We’ll try harder next year”, without really considering if the current practice just isn’t working at all. Or more likely they do, but don’t care to admit it.

So we do need something very different, and very quickly. Before I suggest my solution, I’ll note that I’m not a farmer myself (as if you hadn’t guessed that already), and saying I have the authority to speak on the issues because my grandfather was a dairy farmer would be as credible as me saying I know all about life in the home guard.

Therefore feel free to point, guide, and criticise the issues my idea creates, and I will listen. But if we are to really protect wildlife on farmland and in effect the majority of the UK, we need to start making it part of its ‘produce’.

The time has come for farming legislation to change, for wildlife to become a legal requirement for farms to maintain alongside their crop and stock, both for its long term benefits to agricultural productivity and the well-being of nature and people alike. Much like the current stewardship schemes, the more ecologically rich a farm, the higher the payment received. If the farmer doesn’t want to oversee this aspect of farming life themselves, fair enough – individuals employed through bodies such as Natural England or the Wildlife Trusts could do this for them. No more ‘you could do this’, no more praise for farms that actually do something for nature – this should be the norm. Nowadays, we know enough now about how ecology works, how we can maintain it and how important it really is for us to put this into effect. Britain could be a world leader, showing other countries how farming with wildlife fully in mind can sow the seeds for better protection of nature across the globe as the method catches on.

The idea is simple in direction, incredibly difficult to put into practice and (probably) support. But I feel it’s the only real way of ensuring a healthy future for wildlife in our agricultural ‘manscape’ (apart from land value tax, possibly – but that’s a different kettle of fish entirely).

I would welcome any other suggestions. But the naturalists of my generation (yes, we exist) are already getting excited when we hear one skylark or see one grasshopper, when really it should be at 20 to 100 times that number. I literally fear for what British wildlife will look like for my children if we continue business as usual. Let’s be brave for once.