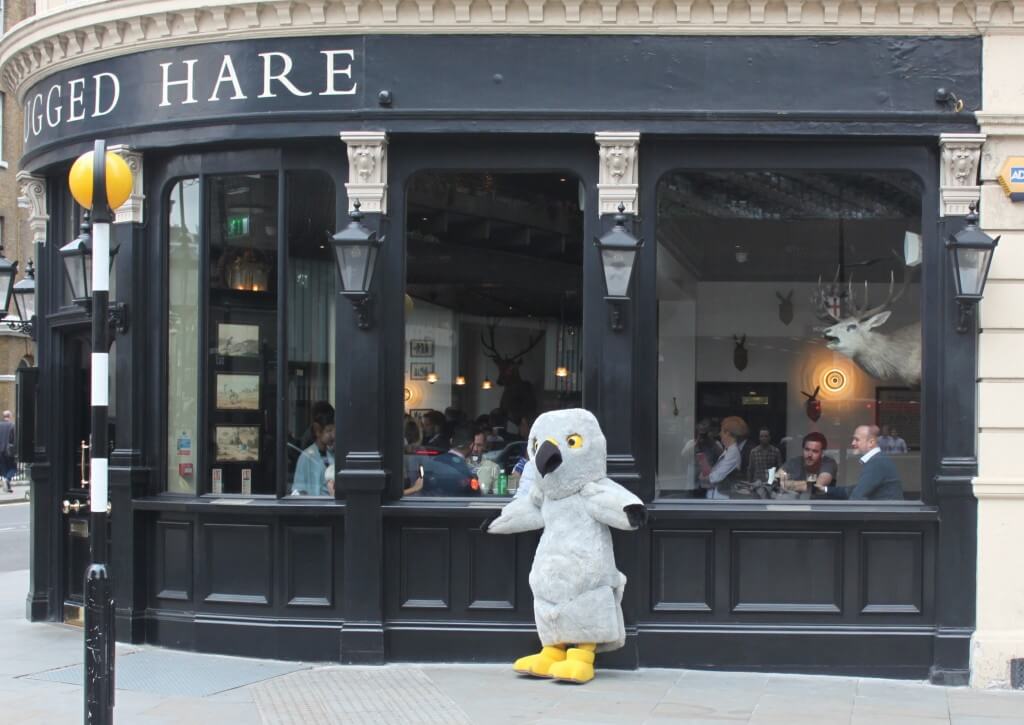 The Jugged Hare (49 Chiswell St, London EC1Y 4SA) did not respond in any way to my email to them about what steps they take to ensure the sustainability of the production of their grouse meat, nor did they respond on the levels of lead in game meat. I’ll assume that they either don’t know or don’t care, until they reply.

This gastropub puts on an #Inglorious12th meal to celebrate the start of the grouse shooting season every year. It’s very obviously aimed at city types who don’t have a clue about what lies behind grouse shooting, how unsustainable it is and how much lead there will be in their meal.  They should take a leaf out of the book of we real country people who are leading the campaign on banning driven grouse shooting.

I have to say, the food looks pretty yummy and the pub looks like a nice place to eat and drink – but that would be true without serving up grouse on the menu. Nobody needs grouse shooting, or grouse meat – it’s a pastime that is an inefficient means of putting meat on your plate. A grouse night is a clever(-ish) marketing tool for a pointless and environmentally damaging activity.

Interestingly, the folk tweeting about what a fantastic time they were having at the #Inglorious12th dinner all seem to have tiny Twitter followings.

Here’s what I asked the Jugged Hare:

I am considering bringing a party of friends to your restaurant in the autumn as we would be interested in trying Red Grouse.
As I’m sure you know, Red Grouse are native British birds which are shot on moorlands in the autumn.
There are a number of issues about the sustainability of the production of grouse meat and so I am asking your views on them to help me make my choice of restaurant.
Legal issues: the Hen Harrier is illegally persecuted by grouse shooting interests. There should be 2600 pairs of Hen Harrier in the UK and there are only c800 pairs.   Hardly any Hen Harriers nest successfully on land managed for grouse shooting. From which estates do you source your grouse meat and what steps have you taken to ensure the legality of their practices?
Land use issues: a major scientific study published by Leeds university (amongst other studies) suggests that the management of land for grouse shooting increases water pollution, reduces aquatic life, increases flood risk and increases greenhouse gas emissions. What is your response to that?
Lead levels in game meat: grouse are shot with lead shot. As the lead shot passes through the flesh of the grouse tiny particles of lead flake off the shot and distribute themselves in the meat that might end up in your restaurant and on my plate. Lead levels in game meat are high, and half of game meat bought in UK supermarkets and game dealers has lead levels that would be illegal in beef, pork, chicken etc. You may be aware of the strengthening of the Food Standards Agency advice on game meat? What steps have you taken to reduce lead levels in the grouse that you sell, eg have you asked your suppliers to move away from using lead shot and to use non-toxic ammunition instead? Have you warned your customers about lead levels in the meat that you serve them?
I’ll be interested to receive your response and compare it with other London restaurants. This letter will be posted on my blog, as will any response or lack of response from you.’
Henry tells me that he is looking forward to his first visit to the Bird Fair this weekend. 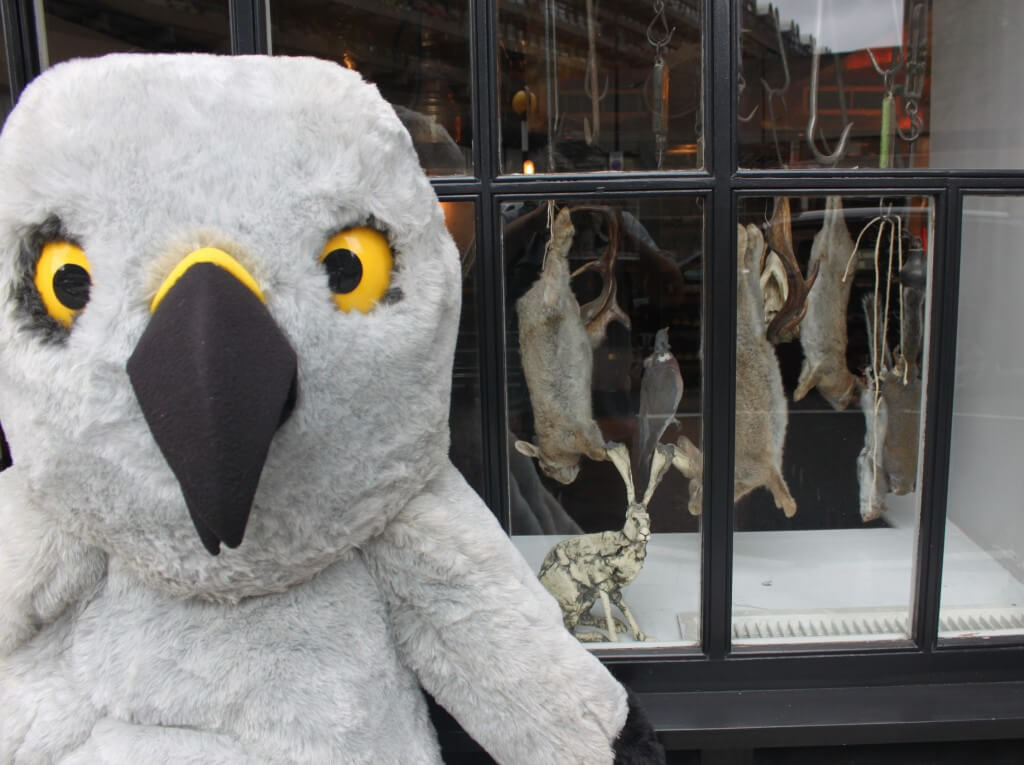