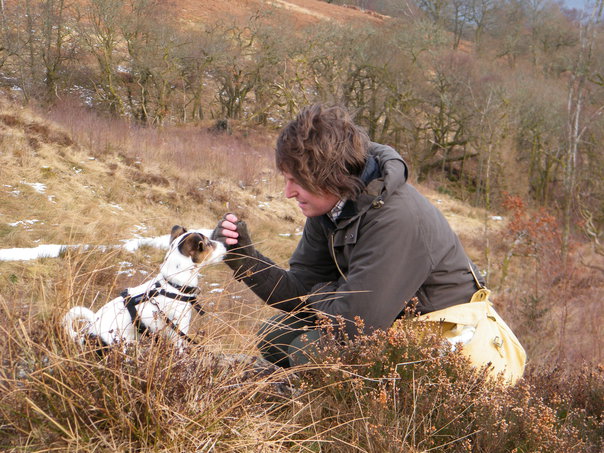 Pete Etheridge is passionate about nature, the countryside and sustainable land management. He has, in the past, worked in estate management, as well as for conservation charities and commercial ecological consultancies. He is shortly set to join a revolutionary farm in South Devon, where he will be helping to promote the principles of agroecology and agroforestry.

Over an enjoyable pint of Ringwood Fortyniner recently, I got into a ‘heated discussion’ with a flat capped gentleman over the pros and cons of driven grouse shooting. He was arguing that it was a vital conservation tool, I was arguing that it should be banned or, at the very least, it must significantly alter the way it currently conducts itself.

The conversation ended rather abruptly when the flat capped gentleman told me that he “Wouldn’t expect a townie to understand these things” and that “Management of the countryside should be left to real countrymen”. And that was it. Discussion over. You see, because I didn’t fit with his preconceived vision of a ‘real countryperson’ (I was in tatty jeans and a hoody), all of my arguments were dismissed out of hand. Dismissed with one nasal snort and a final swig of real ale.

Now I’m fairly thick skinned, but I do object to having a good discussion curtailed like this. Informed debate and discussion, after all, is how our views and opinions evolve and develop. And this wasn’t the first time that this had happened to me. So it got me wondering – what makes a ‘real countryperson’ anyway?

Back in the Beginning
I was brought up in a small rural village in Hampshire, spending much of my childhood exploring the New Forest. I inherited my love of wildlife and the countryside from my dad – a former horse trainer & life member of the British Field Sports Society (as it was). As a teenager I was a keen sea angler (although surprisingly I was never overly tempted by coarse or game fishing) and I often bunked off of college to follow the New Forest Foxhounds on a Tuesday morning. I enjoyed holidays in the Lake District where I used to (attempt to!) follow Barry Todhunter up hill and down dale with the Blencathra Foxhounds. I didn’t take part in shooting sports in my younger days; that had to wait until I’d finished university. Although even as a teenager, I often romanticised about heading out to the estuaries for a spot of wildfowling or perhaps shooting the occasional fallow deer for the pot.

I respected those ’countrymen’ around me, be they New Forest commoners, foresters, huntsmen or farmers, they were true ‘salt of the earth’ types. They, I decided, really understood the working countryside – far better than the academics or conservationists sat in their distant offices. I was sold. Nothing would dissuade me – I was a countryman by birth, by descent, and by choice.

The Cracks Begin to Appear
Fast forward a number of years, time went by, I attended and graduated from university and got a job in private estate management, but throughout I remained a keen proponent of field sports. A few events, however, started to change my views…

My resolve to support foxhunting came to an abrupt end when I became a dog owner. I had always been told that foxes “do not feel fear” and “cannot comprehend their own mortality” and that was key to my view that foxhunting was a justified form of fox control. When I became a dog owner, however, I realised how wrong I had been. My dog feels fear (crikey, he even has panic attacks!), he forms attachments to other living organisms (cats aside…) and I simply cannot comprehend how he would feel being hunted by a pack of hounds across the open countryside. Whilst I obviously recognise that a fox is not the same species as a domestic dog, there is nothing to suggest to me that a fox is any less able to feel fear and panic than my dog. Fox hunting was the first field sport that I decided I could no longer support.

Once I had reassessed my views on foxhunting, I reluctantly began to look at shooting. Whilst I remained (and remain) comfortable with the principles of sustainable shooting of wild animals for food, I began to question the idea of captive-reared gamebird shooting. I began to wonder exactly what impacts large gamebird releases have on our native species of wildlife – do the habitats set aside as shooting coverts counterbalance the predation impact (by gamebirds) on reptiles, invertebrates and small mammals?

I also began to question why the shooting industry was so opposed to the banning of lead ammunition. To my mind, the scientific evidence was overwhelming. Using lead shot is a danger to the environment and detrimental to the health of the people who eat the species being shot. Why would the industry, my industry, not accept the evidence and, like a responsible adult, announce its intention to change its ways? To my mind it was an easy PR win. I questioned BASC about this and received a reply asking me to call them about it. To my shame, I never made that phone call, but I do wonder why they weren’t prepared to respond to my emailed request in writing. It was around this time that I decided that I would no longer use lead ammunition and that I would not partake in shooting sports that involved the rearing and release of gamebirds. But I still didn’t want to force those personal principles on anyone else.

The latest stage of my journey didn’t happen overnight. In Inglorious, Mark gives us an insight into the long thought process that he went through before launching his first petition to ban driven grouse shooting. I gave my decision to sign the petition and to support a ban on driven grouse shooting equally heavy consideration. My decision ultimately was made on the continued inability of the shooting industry to accept its faults (even in the face of scientific evidence) and change its ways. I also became disillusioned as I became aware that for many proponents of field sports, it is an ‘all or nothing approach’. It often appears that all field sports (whether they be trophy hunting, hunting with hounds or bow hunting for example) need to be defended equally. But by criticising the unsustainable (and/or unnecessarily cruel) elements of field sports, there is the opportunity for the industry to grow, develop, and prove to everyone that it can be a progressive industry. An industry willing to accept scientific evidence and amend its working practices accordingly.

Where Am I Now?
My journey has taken me from field sports enthusiast, to someone who is now categorised, out-of-hand, as a townie. So what’s changed? Not my involvement in the countryside, that’s for sure. In fact, I am more involved in the working countryside now than at any point in the past. So where do I now fall on the spectrum? Well, you’ll have to judge for yourself. Does being a ‘real countryperson’ mean that I must become desensitised to, and support, the wholescale killing of wildlife for sport? If taking part in field sports is now the only defining feature of a ‘real countryperson’, then forget it. I’ll hang up my waxed jacket and wellies and become a fully-fledged townie. If, on the other hand, being a real countryperson is being someone who lives and works in the countryside, someone who respects the old ways and traditions but is prepared to question whether they can be improved (or are indeed still relevant), well, maybe I can continue to think of myself as a real countryperson after all.

So that is my journey (so far). I hope it provides encouragement that people can and do change if they remain open to evidence and reason. The debate over driven grouse shooting is likely to rumble on but, in my mind at least, the science and evidence point in only one direction – it’s time to ban driven grouse shooting.

20 Replies to “Guest blog – What is a real country person? by Pete Etheridge”