Today the League Against Cruel Sports publish a report by Andy Wightman (land ownership expert) and Ruth Tingay (raptor expert) on Scottish grouse moors.  It seems, to me, to be  a bit of a departure for LACS as its full of rather dry facts – dry, that is, until you put them all together in a report like this.  Well done to the authors and to LACS.

The report covers such areas as the legal framework for grouse shooting, muirburn, roads and tracks, medication for grouse, ticks, fencing, lead, raptor persecution and disturbance.  It brings the information together in an accessible form with examples.

The issues over roads and tracks will be more familiar to those north of the border than those to the south, and I do wonder why the Scottish government allows its landscape, prized by tourists, to be scarred by ugly new tracks and roads (and fences!) which are simply there to make grouse shooting a bit easier.

But I found the fairly short section (the whole report is only 28 pages) on economics and finance very interesting. The suggestion is made that agricultural subsidies on grouse moors are based on the existence of sheep flocks which are really there to mop up ticks. Although the Scottish government wanted to exclude grouse moors from these payments, EU rules do not allow it.  Poor Scottish hill farmers must be delighted that large chunks of Scotland’s pot of money is going to the likes of Jersey-based and Bahamas-based companies owning grouse moors. I know I am thrilled by that myself!

This section also reveals (it was a revelation to me) that in the 10 years 2004-2014 grouse moors in Scotland outperformed all other sporting properties and increased in capital value by 49% – or a 4.1% pa return on capital.  That’s a pretty good return through the age of recession and austerity isn’t it? As Knight Frank are quoted as saying the returns from a ‘well-managed [their words, not mine , nor of the authors of this report] and heavily invested moor may be significantly higher because greater numbers of birds are being shot each year‘.

It might seem to some that money is fuelling the intensification of land management, land mismanagement and wildlife crime in Scotland. 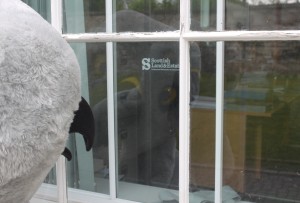 I’m sure the recommendations of the report will go down like a lead balloon (they suggest banning lead ammunition) or a shot Mountain Hare (they suggest a moratorium on hare killing for three years) with Scottish Land and Estates in Scotland. But the eight recommendations all fall into the category of tightening up the regulation of grouse shooting and getting a grip on what is happening in the hills. Why shouldn’t roads on grouse moors be subject to full planning consent process? Why shouldn’t agricultural payments be mapped – it’s our money after all?! Etc etc

This report brings together a whole lot of information (and I note that Inglorious is in the reference list!) in a useful way. It makes you wonder why grouse shooting is so loosely regulated and so heavily subsidised by the rest of us?  But it also reinforces the view that the vested interests are immense. Imagine we did succeed in banning driven grouse shooting (as we will). The capital value of that land would plummet and huge sums would be wiped off the profits and assets of a few landowners and sporting agents – they are bound to fight for the status quo that suits them, the few, so well, even though it disadvantages us, the many.  Land prices would fall, profits would be lost and the world would be a much better place.  Carbon would be stored and protected, rivers would be richer in fish and invertebrates, landscapes would be restored to a more natural beauty, and wildlife crime would be reduced dramatically. Let’s do that – in England at least – sign here to get a debate on the future of driven grouse shooting.

9 Replies to “Intensification of grouse moor management in Scotland”