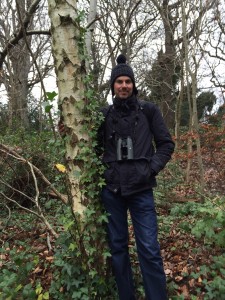 I occasionally post on Mark’s blog as Apus Apus. I live in London and do not work in the conservation sector. I like swifts, birds of prey, trees, wolves, trophic cascades, LACS and Richard Mabey. I have written a guest blog, as I would like to see more naturalness in UK conservation. I have used the writing of Mark Fisher, Peter Rhind, and Clive Hambler and Martin Speight as a framework for this.

The taming of nature – why is naturalness undervalued in UK conservation?

‘All woods need managing or they become overgrown and uninteresting’ (Surrey Wildlife Trust).

As a regular visitor to nature reserves in the UK, I often feel saddened by the way nature is controlled and what has been lost in terms of naturalness. I’ve come to the conclusion that nature conservation in the UK has badly lost its way.

Following the last ice age and before agriculture, Britain was largely a landscape of trees. The only open habitats would have been river valleys, fens, lake shores, areas above the tree-line and exposed coastal sites or appearing from natural disturbance, such as wind, fire and seasonal flooding. Gaps could then be maintained, but not created by herbivores (apart from beaver).

This wildwood was full of unimaginable life – an estimated 8 million wood warblers, 66,000 wildcats and 6,600 wolves lived there. Today, we have not only lost many of the mammals, birds and insects, but also the trees. In 2015, woodland covers only 11.8% of the UK, although it is increasing, with conifers making up nearly 50% of it. As woodland is the natural state of much of Britain and with such low coverage compared to historical times, why do conservation organisations cut down trees and use domestic livestock to maintain open landscapes?

Probably the most striking example of this is the creation or restoration of heathland (a more appropriate term would be deforestation), but it also occurs with the coppicing of trees, the clearing of scrub and the grazing of grasslands. For me this raises a number of questions. As these landscapes or practices resulted from agriculture or the extractive management of woodland, why are they being replicated on nature reserves? Why should one habitat or species be favoured over another? How can natural processes occur when an environment is controlled so intensively? Why should the needs of butterflies and sun-loving plants dominate the insects, birds, mammals, plants and fungi that require shade, moisture or a more complex, three-dimensional structure? How can habitats mature if they are constantly disturbed and degraded?

A recent example of heathland “restoration” has occurred on the National Trust’s Bickerton Hill site. This involved removing birch trees by felling or spraying saplings with herbicide to open up the area, but with the unwanted result that the spraying also affected the target species, heather, at the same time. This is what the manager responsible for the project had to say, “Our big issue here is regenerating birch, birch trees are things that threaten, they proliferate more readily than any other species and we have to control them. If we can control them, heathland vegetation has an opportunity to flourish. If in the process of eliminating birch trees there is a minor element of collateral, that’s unfortunate, but fine in that once the threat from the birch has gone, it will recover.”

From reading his words, you would think he was talking about a pernicious, alien invader, rather than a native tree that is one of the best for wildlife. To make matters worse the inevitable grazing animals were then brought in to eat the saplings with mixed success. First cattle, then ponies were tried and now sheep plus fencing should be in place. The response from the local community has unsurprisingly been one of opposition, with one member of the friends group saying “the trees have an aesthetic beauty, are good for the ecosystem but also provide shelter for walkers and stop the hill feeling bleak and barren”.

Woodland management involves creating or maintaining glades and rides or coppicing trees. The rational for coppicing is usually because it is traditional, it encourages butterflies, it benefits some species of birds (although nightingales have largely moved to scrub) and it varies the woodland structure, which increases habitat diversity.

Of course, coppicing may benefit butterflies, but it is often too rapid and drastic for many woodland species and creates more edges, which could be detrimental to woodland specialists. Also, coppicing hasn’t been around long enough or been consistently practised for species to have evolved dependency. And though it may give the impression of structural variety it may not have this effect for smaller organisms, as architectural diversity is scale dependent.

The current status quo encourages excessive management to benefit favoured species or habitats. For example, SSSI designation provides little room for natural succession. I believe conservation organisations have vested interests in this, since SSSI status can encourage intensive management and provides the opportunity to tap into significant income streams, such as agri-environmental schemes or funding from the likes of the SITA Trust.

Perhaps the tide is changing with the growing interest in rewilding, but even projects championed for their naturalness, have been diminished by the use of livestock grazing, as in the case of “Wild” Ennerdale where cattle are favoured over roe deer (around twenty roe are culled each year) or the Forestry Commission/Suffolk Wildlife Trust/RSPB’s version of “rewilding” at Dunwich Forest where secondary landscapes are restored with the use of Dartmoor ponies.

One solution to remedy the lack of naturalness in the UK is the idea of untamed nature reserves to complement species preservation reserves and traditional agricultural reserves; with the latter two accommodating managed nature. Untamed nature reserves, would ideally receive no management and the longer they were free from human intervention, then the more importance would be placed on them. For me this would create a wilder Britain and help nature conservation in the UK get back on track. The wildwood may be long gone, but some of its naturalness could live on.