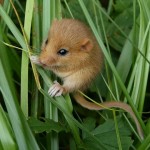 I should apologise to my MP, Tom Pursglove for suggesting that his reply to me was rather tardy – it has now arrived and the delay was clearly in the post and in getting from my letter box to me, rather than his fault! He is pretty quick and efficient at replying even though he has had some other things on his mind.

You may remember that I asked my MP, who as a candidate had opposed the Forest Holidays proposed development at Fineshade Wood, whether he is still of the same mind.

These were my questions annotated with Mr Pursglove’s answers I’m in red and he’s in blue):

But, possibly best of all, Mr Pursglove also wrote:

‘As you mention, I strongly objected to the planning application submitted at Fineshade Wood both in November 2104, and again in February 2015, and was extremely pleased when those plans were refused. Should the application be re-submitted, and local concern persists, I will of course be objecting again in the strongest possible terms – Fineshade Wood is a beautiful spot and it must be preserved.‘.

Thank you Mr Pursglove – that seems pretty good to me.

5 Replies to “Apologies to my MP”