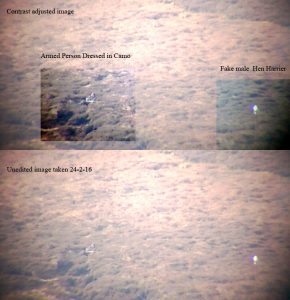 This post starts with a simple round-up of who has said what since the breaking of the faking it blogpost on the Raptor Persecution UK (yes really!) website on Tuesday but ends with a challenge.  Later today I will blog on the importance of the Peak District in the future of driven grouse shooting and of raptor conservation.

The main protagonists in the Peak District Raptor Initiative have pronounced as follows:

‘This video is alarming & suspicious https://goo.gl/6bepy1  It has been reported to @DerbyshirePolice & we will support any investigation‘

‘There has been a great deal of comment on social media regarding the illegal persecution of birds of prey in the Peak District National Park.

Without getting into the details of the specific incident that sparked this latest debate, I want to make clear in the strongest possible terms that we are appalled by the persecution of any protected species, whatever the circumstances.

There is never any excuse for this behaviour and we will always work with the police and our other partners to support any investigation. But it is important to point out that we can only take direct action if the persecution takes place on land owned by the National Park Authority not just within the National Park boundary. In fact on land where we own the shooting rights we have not allowed shooting since 1981 allowing agreements to expire. This current incident was not on National Park Authority owned land.

We recently acknowledged the disappointing results of the Peak District Bird of Prey Initiative and we are working with our partners to reverse the fortunes of birds of prey.’

“As part of our High Peak Moors Vision and as a conservation charity the National Trust is committed to protecting birds of prey and working closely with partners and tenants in managing the moors. We are aware of a report of a suspicious incident being investigated by the police, which took place in February this year on land in the Peak District which we own and lease out for grouse shooting.  We have been awaiting the results of their investigation before following up ourselves.  We now know the police have reviewed the footage but are taking no further action, so we will now be carrying out a full investigation of our own. We are treating this very seriously and will not be commenting further pending the results of that investigation.”

‘I have (as you hoped!) received a number of emails on the back of this story, so I thought you’d like to hear our perspective.

The RSPB is, of course, very concerned about this story.

While plastic decoys of hawks and owls can be used for lawful control of crows, the RSPB has received several reports, and indeed witnessed, the illegal use of these types of decoys to draw in protected species, such as birds of prey and ravens, so they can be shot. There was a report of a female hen harrier in the area the day prior to the incident that you report and consequently we are worried this may have been an illegal attempt to target this or other birds of prey.

There has been repeated and well documented problems with the illegal persecution of birds of prey in the northern part of the PDNP. If anyone has any information to clarify what was taking place or the identity of the individual involved we would encourage them to contact Derbyshire Constabulary.

I shall reply to individual emails in due course.‘

‘The Moorland Association condemns all acts of wildlife crime and supports the prosecution of those who break the law.

We were not aware of the events leading to the release of this video clip but understand it is alleged to have been filmed in February. We learnt yesterday that since then the police have conducted their enquries and have decided to take no further action. We were not contacted as part of that investigation. From the clip, it is very difficult to make out any detail at all, either of a person or a decoy.

The identity of any person allegedly filmed is unknown, as is the location. No crime has been committed as far as we can see. Making judgements based on assumptions of the content of this clip, or indeed the intentions of those who have produced it, would be pure supposition and not something we are going to enter into‘.

Natural England (whom I emailed yesterday):

Although NE has said nothing so far, the Moorland Association managed to say less than that in their ‘statement’. In fact Amanda is clearly rattled as she appears to doubt whether anyone was filmed when she says ‘allegedly filmed ‘ (haven’t we all seen the film?) and she appears to make a rather snide dig when she says ‘or indeed the intentions of those who have produced it’ – what is that all about? The Moorland Association statement is the equivalent of sticking their fingers in their ears and shouting La-la-la-la with their eyes closed.

The RSPB makes a rather bloodless statement, gives the impression that it has been dragged reluctantly into saying anything at all, and bends over backwards to say that it might not be as bad as it looks, and then forgets to say how very bad it does look, and what that should mean for the Defra grouse moor owners’ plan and the Peak District Raptor Initiative.

In contrast, the Peak District NP Chief Exec, Sara Fowler, seems to have been stung into a quite good response by the volume of emails and social media traffic that she has received. Well done to the guys at RPS for kicking all that off.  The PDNP is not in charge of everything in the NP – but they are highly influential, and at least for a while this issue will be high in their minds, and their take on it will not have been dictated by a few shoot managers.

The National Trust is the organisation in the frame. This incident (of an armed man guarding his model Hen Harrier) took place on their land – as have many other incidents which have involved criminality and some of which have led to court convictions. No-one thinks that the National Trust wants raptor persecution to happen on its land, but many of us think that it should do much more to end the long string of wildlife crimes committed on its land in the Peak District.

There are so many reasons why the National Trust needs to end grouse shooting on its land that the weight of the argument is overwhelming.  The NT is already lagging 35 years behind the National Park in its position on grouse shooting on its land.  Why should we, your members and the public, support you if you dedicate our land to this field sport at the expense of the wildlife and environment that you should be protecting? Your own High Peak Vision recognises this and needs to become a reality very soon.  And why should we, your members and the public, trust you if you don’t get on with it with enthusiasm and the professionalism.

And so, to the extent that the NT acts feebly or with little decisiveness over the next few weeks, it is culpable too.  The spotlight is on what the National Trust says and does.  We will wait with interest, and I speak as a NT member, to see what happens.  This is a crucial point in time, not because of this one incident, but because the National Trust must decide which side it is on.

Note to Henry: save the date of the NT AGM in November but also note that the closing date for receipt of members’ resolutions for that AGM is 5pm on 1 June. 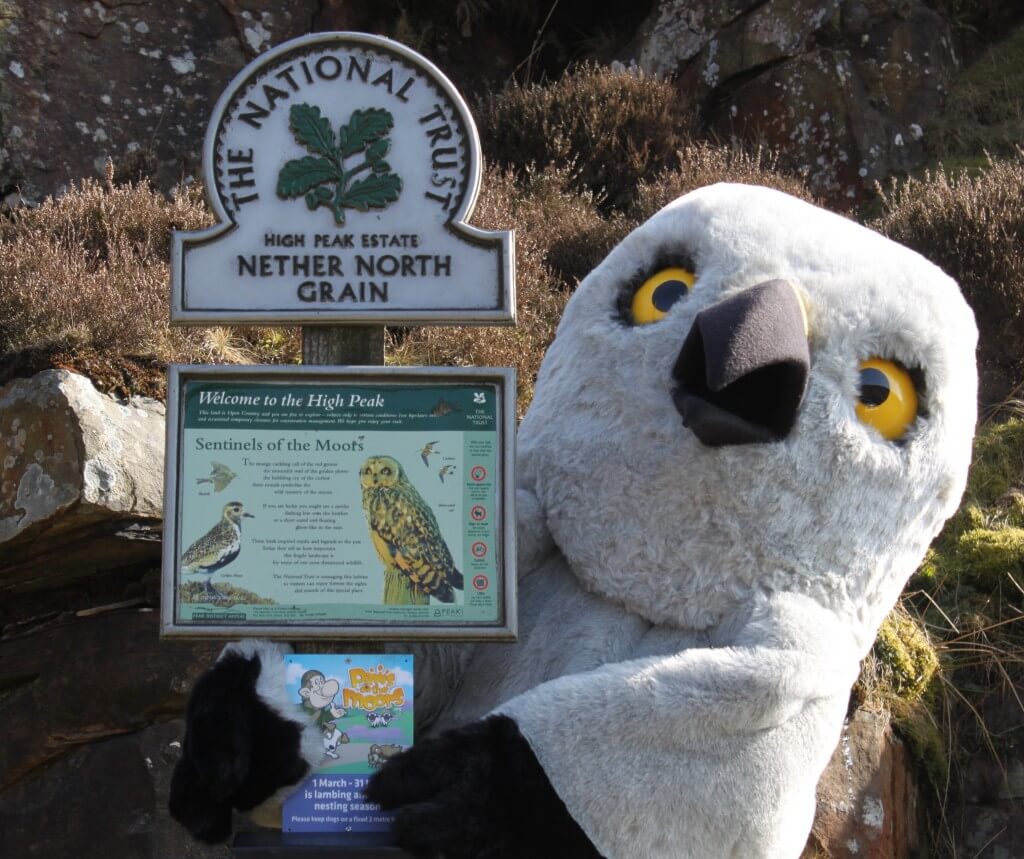 14 Replies to “Peak District – what they say”