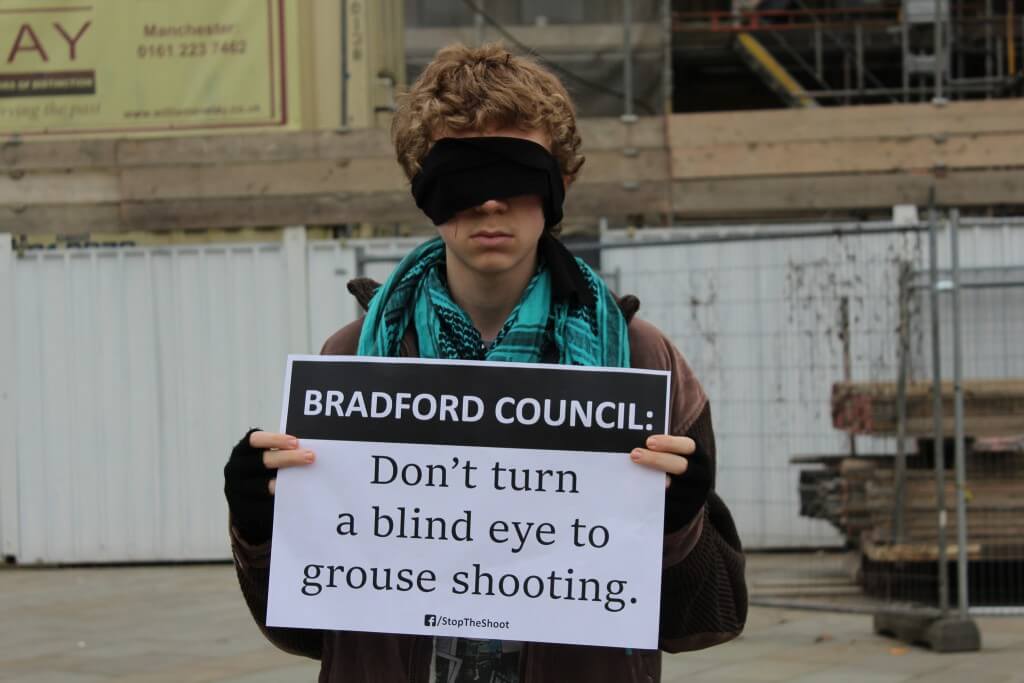 Bradford Council gave the go-ahead to a public consultation on the future of controversial grouse shooting on Ilkley Moor at City Hall last night, a move welcomed by campaigners.

‘There is only one way to manage moorland for grouse shooting and that’s through intensively burning away and draining precious habitat, at the cost of our region’s wildlife and natural flood barrier’, says Ban Bloodsports on Ilkley Moor Spokesperson Luke Steele. ‘With some protected species, including hen harriers and peregrine falcons, now completely absent from Ilkley Moor it is clear grouse shooting and conservation cannot work hand-in-hand. We welcome the decision to send this matter to public consultation.’.

Ilkley Moor is the last municipal moorland in the country where grouse shooting is allowed, with other local authorities, including nearby Sheffield City Council and Peak District National Park Authority, already prohibiting the practice on their upland estates. Bradford Council is facing unprecedented pressure to follow on, with a number of cross-party Councillors, conservationists and actors, including Springwatch presenter Bill Oddie OBE, Emmerdale’s Nick Miles and Downton Abbey’s Peter Egan, lending their support to a ban.

Parish Cllr Henri Murison (Labour, Ilkley South) says: ‘I do believe a strong case has been made that shooting on the moor should come to an end.‘

District Cllr Cath Bacon (Labour, Keighley West), says: ‘I am not in favour of grouse shooting or blood sports and if there is a legal way of terminating the contract I am happy to support it.‘

Cllr Dominic Fear (Liberal Democrat, Idle & Thackley), says: ‘I oppose Council land on Ilkley Moor being leased out and managed so grouse shooting can be staged on it.‘

District Cllr Brian Morris (UKIP, Keighley West) says: ‘I am totally against any blood sports on any grounds.‘