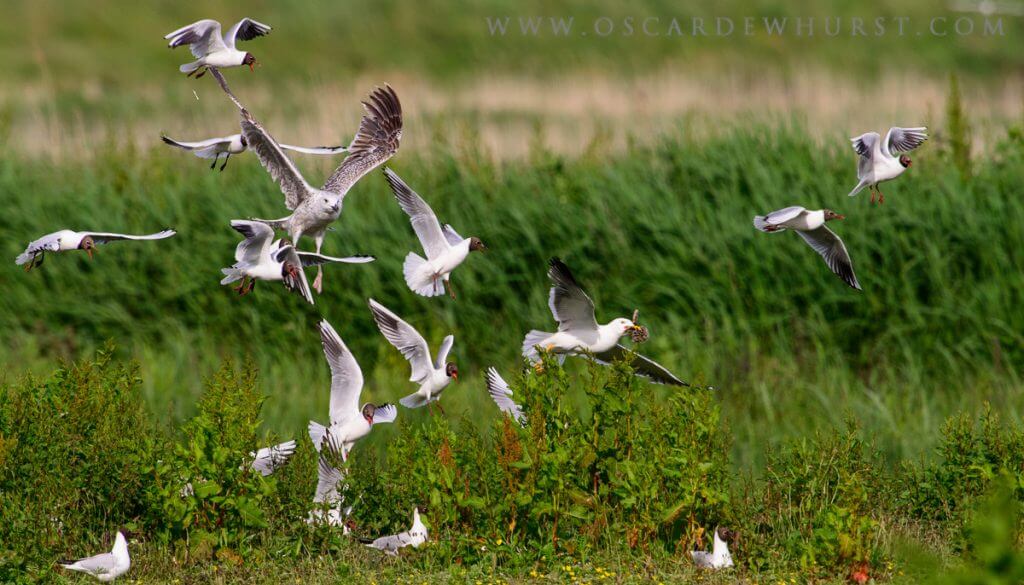 Oscar writes: this was taken at Minsmere, where there are around 1500 pairs of Black-headed Gulls nesting on The Scrape this year. While I was there most pairs had chicks. These are the target of several predators, including big gulls and Marsh Harriers (see next week for this photo). Herring and Lesser Black-backed Gulls would make slow passes over the colony, on the lookout for any inattentive parents that had left young chicks unguarded. When they spotted one they would dive down and snatch it, pursued by several Black-headed Gulls. On this occasion the hunt was successful.