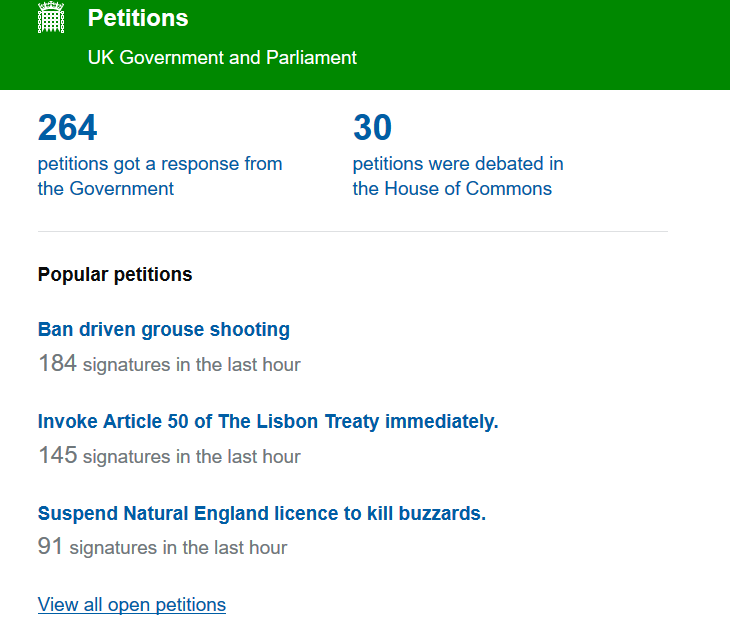 Yesterday’s Observer was rather more up to date in its reporting of grouse moor issues than the Torygraph, pointing out that our e-petition to ban driven grouse shooting is where it’s all at!

Kevin McKenna, under a headline ‘The Glorious 12th? Conservationists turn their fire on Scotland’s grouse moors‘ writes, ‘This year, though, there will be an edge to the frivolities. For the hunting and shooting community are beginning to experience something of what it must be like to stare down the barrel of a gun. A campaign to ban outright driven grouse shooting has been gathering momentum these past few years and its champions are finally beginning to smell blood.’

I’m not so sure about ‘smelling blood’ – we’re not that kind of people – but getting up our hopes? Yes, we are getting more hopeful, but not yet confident, of a debate on grouse shooting in the Westminster parliament.

McKenna goes on ‘Earlier this year an e-petition, backed by a powerful lobby of conservationists, animal welfare groups and television naturalists, was launched asking the UK government to ban driven grouse shooting. Thus far it has gained almost 75,000 signatures.‘ but even the Guardian/Observer cannot keep up to date with the progress of our e-petition which has now passed 77,000 signatures.  You can sign it here and help deliver that debate in parliament over the sustainable future of our uplands.

4 Replies to “Meanwhile, in a proper newspaper…”