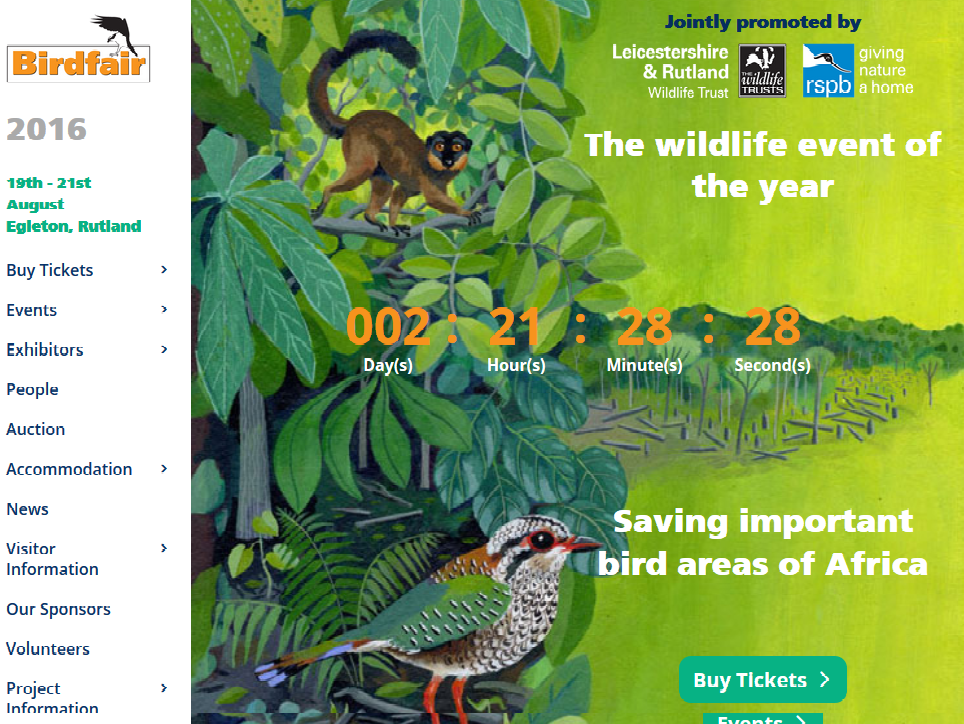 We’re in the run-up to the Bird Fair (btw weather forecast suggests some rain) and one of the stand-out events on Day 1 is the ‘debate’ on the future of grouse shooting chaired by Rob Lambert and featuring Natalie Bennett, the leader of the Green Party (who spoke brilliantly at the Peak District Hen Harrier Day event), Simon Lester (the former head gamekeeper at Langholm) Stuart Housden of the RSPB in Scotland and myself.

I guess many people will know what I think and what the RSPB thinks (almost exactly the same but with a friendly difference of opinion on the correct solution) and so I think this is an opportunity to hear from the leader (outgoing leader, but nonetheless leader) of a political party about why her party supports a ban on driven grouse shooting but also to hear from Simon Lester.

Let’s make sure that Simon gets a friendly and polite, albeit if you like, challenging reception.  I have no idea what he will say but I’m guessing he won’t be majoring on the need to ban driven grouse shooting.

All credit to him for volunteering to attend when the Moorland Association (who represent grouse moor owners) and the Game and Wildlife Conservation Trust (who do too – even though they keep banging on about what great scientists and conservationists they are) failed to find a single representative from their memberships or staff for this debate.  And by the way, I hope Philip Merricks isn’t given the chance to ask a question from the floor as he turned down the offer of a Hawk and Owl Trust seat on the panel too (he might have faced questions on brood-meddling I guess).

Have you noticed that the GWCT scientists and Chief Exec are practically never seen speaking on this tricky issue for them? How often have you seen or heard Teresa Dent on the radio or TV on this subject? It’s always Andrew Gilruth, not a scientist but a public relations expert, who is doing his best to bat on an incredibly sticky wicket.  And Robert Benson who is a moorland owner and chair of the Moorland Association is as rare facing questions in the media as are Hen Harriers on grouse moors in England.  Instead we have the poor-sighted Amanda Anderson who has a public relations background but however skilled you are at the dark arts of public relations you can’t do much with the Moorland Association’s case.

And then there is Ian Gregory from YFTB and the willing if not very able Sir Ian Botham leading the charge for a grouse-industry funded outfit called YFTB.

You notice that the leaders of the shooting community do not lead the debate – they recruit public relations experts to do that for them, and in some cases (I would suggest Ian Gregory), a pretty pathetic job they are making of it in terms of winning over any of the general public.

In contrast, the names attached to our e-petition to ban driven grouse shooting are mine, Chris Packham, Bill Oddie and the Chief Exec of LACS, Eduardo Goncalves.  All have been interviewed on this subject and some of us have certainly been putting ourselves about in the media as much as possible. We have, as far as I know, not turned down any opportunity to debate this issue or to talk about it to a wider audience. Which side behaves as though it believes in its case and its cause?

And the RSPB, which is friendly to our cause whilst not in any way agreeing whole-heartedly with it, is out there in the media and at public events too. Mike Clarke has spoken at Hen Harrier Days and at the Game Fair to my knowledge, and Martin Harper and Stuart Housden are always quoted in the media and there are many RSPB staff who are happy to talk about these issues in front of a camera or a microphone.  Of course, the Wildlife Trusts (with the noble strong exception of the Derbyshire Trust) have kept very, very quiet about this issue. Who knows which side they are on? What they think? What is their proposed solution? Have a look here.

So come to the debate and come armed with questions for the panel. Be nice to Simon Lester. And remember that the other side were too scared to face you in public.

11 Replies to “Bird Fair debate on future of grouse shooting”