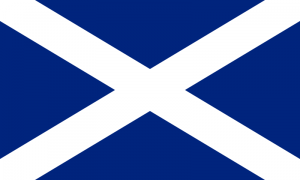 The Scottish Raptor Study Group petition to the Scottish parliament to bring in licensing of gamebird shooting is in its last few days (it closes next Monday).

It has gathered nearly 5000 signatures online and there are more that have been collected on old-fashioned pieces of paper.  That’s pretty good by the standards of these things in Scotland I believe.

It’s well worth anyone signing this petition, and I did earlier today, but especially if you are resident in Scotland. Of the c5000 signatures around half come from Scotland and another 1200 or so cryptically say they are from the UK (including me), which leaves another 1300 or so from England, Wales, Northern Ireland and every other country in the world!

The petition asks for the introduction of licensing and it is clear that this has a bigger chance of gaining support from the leading parties in Scotland than it currently does in England. Scotland looks like it is leading the way, as it did with vicarious liability, and it will be interesting to see what emerges in future if the Scottish government pick up this ball and runs with it – as it should.

I’d rather see a ban on driven grouse shooting, but a well-worked licensing system would be a step forward. And it would be interesting to watch how the game played out in Scotland too – I’m sure there would be lots for us to learn from down south.  Let’s give it our support – especially if you do live in Scotland.

It’s a nice touch that the signatories are all actually listed – so you can see my name, and Stuart Housden’s name, and a lot of familiar raptor workers’ names and the names of many who comment on this blog. Can I see your name?

11 Replies to “That other petition”