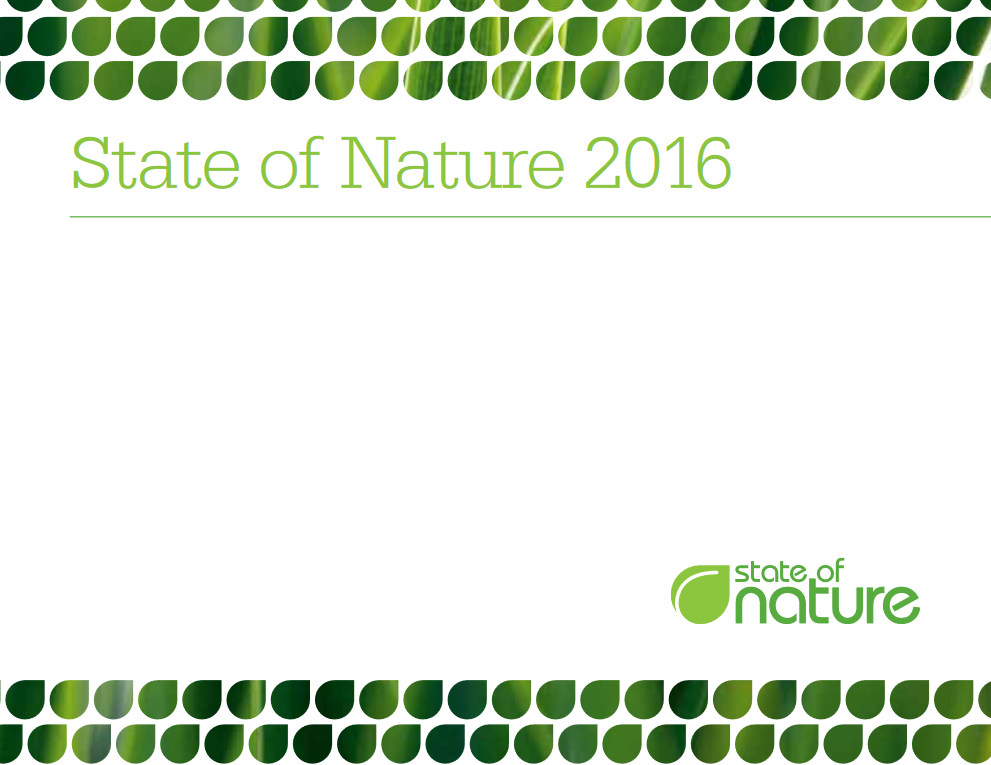 I was in North America when the last (and the first) State of Nature report was published but I wrote about it on my return. Last week I was at the launch of the latest version and I’ve already written about some of what went on there – but how about the report itself?

It’s an attractive report with a terribly damning message. There is some good news in here but not that much. Just look at the graphs for farmland, woodland, grasslands and the uplands – that’s overwhelmingly most of the terrestrial land cover of the UK – all are heading towards greater and greater biodiversity loss.  We are handing on a devalued stock of wildlife to future generations.

There is rather too much in the report about how wonderful the data are and rather too little on what needs to be done about it. Imagine a UK State of Crime report which was heavier on how perfectly crime is measured these days and rather light on how we are going to fix it.  I suggest it wouldn’t go down too well.

But this time around all the biggest environmental and conservation organisations are involved – which is very good. And there was a fair smattering of Chief Execs showing their faces at the launch too.

It’s quite interesting to see how prominently the report is mentioned by different organisations now, a few days after its launch:

RSPB – home page, flashy graphics, clearly a lot of thought has gone into it.

Plantlife – on the home page with a link to Trevor Dines’s marvellous speech – read it!

BTO – on home page with some sensible words.

Butterfly Conservation – not bad. Link from home page although regarded as a news item under much bigger money-raising items.

Buglife – a link from the home page to a news item.

WWT – a link from the home page to a news item.

National Trust – as with anything serious, it is quite difficult to find anything on the NT webpage and I can’t see a link to the actual report. It’s a rather semi-detached approach at partnership from NT.

Woodland Trust – I can’t find a mention anywhere. Not so much semi-detached as completely detached.

WWF-UK – nothing I can see on this subject. I didn’t expect to find anything. WWF doesn’t really do UK nature any more. Nice of them to put their logo on the report though.

FoE – I can’t find anything.

Greenpeace – I can’t find anything.

So it won’t take long for government to see through the apparent unanimity of the environment and wildlife movement on how important the state of nature is.

The question that this report raises, of course, is what are we all going to do about this sad state of affairs – and are we going to do it together as an environment movement based working together or can’t these organisations get together any more? Is the whole sorry state of nature too overwhelming, and is the environmental movement so fragmented and divided, that this challenge will be ducked and we’ll have another report in five years time telling us how bad it is? 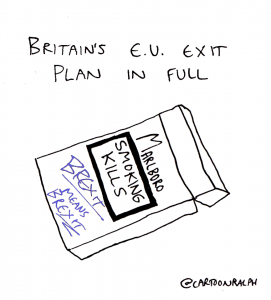 There are two main threats to wildlife at the moment and Brexit (which means Brexit) provides an increase in threat level in one area and an opportunity, if handled well, or a threat, if government doesn’t listen, in the other. The future of so-called protected areas is always a worry and our leaving the EU (for Brexit means Brexit – whatever that means) adds to the already dire state of affairs. This is the time for us, or our NGOs on our behalf, to demand that the UK (yes, perhaps differently in all four countries) has a proper network of protected areas that are fantastic places for wildlife. This is not about protection of our assets but enhancement of them. We need National Parks that are rich in wildlife and which are wild places (yes, that may involve dollops of rewilding all over the place) and we need hundreds of local wildlife sites upgraded to SSSIs as much for their potential as for their current wildlife value. We want big areas taken out of agriculture completely or very largely and we want that in order to protect wildlife and take it out of the hands of agriculture and game shooting which will keep it poor for ever if we have to negotiate with them. Government should use all that cash we will soon have after Brexit completely to refurbish our wild places and make them rich in wildlife again.

And second, of course, we need a much better system of agriculture everywhere. One which is cheaper for the taxpayer, supports those farmers who need support and delivers more wildlife everywhere (and cleaner water, less flooding, more carbon storage as well). My scheme is £1bn for the taxpayer, £1bn for farmers and £1bn given to farmers in return for nature. That gives something to everyone except those richest landowners (including some NGOs) who really don’t need or deserve my taxes to keep in business.

State of Nature 2016 came out at exactly the right time to hit government with some exciting new ideas and it failed to take that opportunity. No doubt plans were already well advanced and agreements had been reached, and details set in stone but, if so that is an indictment of the 50+ organisations that produced this report.

The report is good, the collaboration looks quite good, but the need is far greater. This is a time when the UK environmental movement will be tested. Is it going to rise to the challenge?