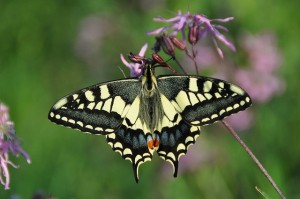 The Catfield Fen Public Inquiry report is a comprehensive and overwhelming victory for the owners of Catfield Fen (Mr and Mrs Tim Harris) in their battle to save their fen from the impacts of water abstraction by local farmers.

In it the inspector finds that:

This victory is notable for several reasons:

‘We are pleased that the Planning Inspector has at last vindicated our long, bitter and costly struggle over the last eight years from a position where we were alone in trying to protect Catfield Fen to one where the RSPB, Natural England, the Environment Agency and now the Planning Inspector agree that  the Fen is in danger and that water abstraction is the preeminent cause.

We hope that lessons will be learned from the Catfield case, most particularly that the general public should not put too much faith in the public bodies to do the right thing and protect the unique habitat of the Broads. We acknowledge that eventually both the EA and NE listened, agreed and together with the RSPB, made strenuous efforts to win the case. The lack of involvement of the Broads Authority, which is a statutory body with specific conservation objectives and obligations, is particularly noteworthy and demonstrates a worrying lack of leadership on conservation issues.‘

This makes me wonder how many other sites are being damaged because their owners are not as motivated and well-resourced as these are?  How good a job are NE and EA doing, let alone National Park authorities, in acting to protect the wildlife in their care?  How fit for purpose is the statutory nature conservation sector?

This is a classic example of the interests of a private farming individual colliding with nature conservation.

In a post-Brexit world will the protection of the Fen Orchid in a Special Area of Conservation weigh so heavily in the decision-making process?

When industry and landowners moan about red tape will they think about the fact that this case, won by nature, has taken eight years when, it could be argued, the outcome that delivered the most public benefit was pretty clear from the start? Red tape works both ways and the farmer has had the benefit of damaging water abstraction while this case has proceeded at a water snail’s pace.