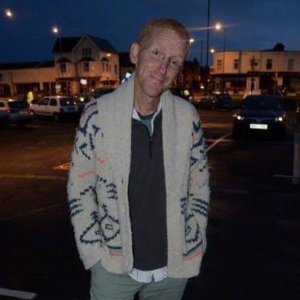 Rewilding advocates searching the UK for places to host a pilot or two are unlikely to settle long upon the endless wheat deserts of Wiltshire. Indeed, advocates of land sparing will probably look at Wiltshire as the sort of place where very high-yield farming should continue, to allow land to be spared for nature elsewhere.

But examine central Wiltshire in Google Earth and one is struck by the existence of an extensive landscape of relatively flat grassy plains, sitting directly north of Stonehenge and the A303. Here, in one of southern England’s most productive arable landscapes, is one of the north-west Europe’s earliest, largest, inadvertent rewilding areas.

At around 28,000ha, the core chalk grassland plains of the Salisbury Plain Training Area (SPTA) are the largest ‘surviving’, intact example of this habitat anywhere. ‘Surviving’ is probably not the correct term, because a fair proportion of what is now a large military training area has been cultivated in the past, only reverting to grassland upon acquisition by the state. The MoD continue to revert arable to grassland here, and parts of the adjacent Stonehenge World Heritage Site (WHS) are the subject of more recent arable reversion.

The first phase of rewilding on a grand scale?

If one includes the publicly-owned arable bordering the SPTA grassland, the nearby Porton Down, and the parts of the WHS in conservation ownership, we find around 40,000 hectares (400 square kilometres) of land potentially available for trophic rewilding.

Essentially, the first stage of inadvertent rewilding has already taken place, partly to protect sub-surface archaeological remains and create a more sympathetic setting for Stonehenge, and partly to serve the current needs of the military.

Not surprisingly, SPTA has retained extraordinary biodiversity value, and part of its value is the product of its sheer scale, and of disturbance.  Parts of what is now SPTA and the WHS have never been ploughed, and these old chalk grassland patches have provided a source of plants and animals to colonise areas reverted from arable. This process of grassland habitat defragmentation, consolidation and enlargement is on-going with the potential for even more grassland creation on publicly-owned arable controlled by the MoD.

Military training with a metallic-megafauna of tanks currently creates and maintains a patchy disturbance regime upon which so much biodiversity depends. Tanks churn the chalky substrate, creating germination patches for ‘arable’ flora and parched crumbly soil for invertebrates. Tank-track puddles support a thriving fairy shrimp population. The impact area has frequent fires, whilst very light, rotational grazing by domestic stock maintain a mosaic of sward heights and densities. This mix of metallic, pyric and domestic herbivory and disturbance greatly influences the patterns of settlement by ground-nesters like skylarks, patchy marsh fritillary distributions and patterns of species-rich chalk scrub expansion and recession.

Bringing back the aurochs

So, we have here something that’s quite difficult to achieve in the English lowlands – habitat at scale. Can we foresee a future in which, as one alights to view Stonehenge, one is also treated to the spectacle of a landscape rich in wild megafauna?

Imagine the ecotourism potential here! People drive from all across the country – and fly from across the world – to see Stonehenge. Imagine the added attraction of hikes across rewilded plains full of grazing and browsing megafauna and, if we can modestly increase the extent of chalk scrub and copses, their predators too. If we can accommodate domestic cattle at Stonehenge and the huge training area to the north, why not their wilder counterparts?

What sorts of wild megafauna might be appropriate? The status of European bison in the UK is passionately contested, and the European wild horse and aurochs are, of course, extinct. Efforts are being made to back-breed into extant cattle the traits which were assumed to characterise wild aurochs. Of course, we can’t know the precise ecological traits of aurochs, but we can make well-informed inferences, and groups are doing just that. We will very likely soon have available animals that are, ecologically, very much more like aurochs than the domestic ‘rare and hardy breeds’ we currently use for grazing conservation landscaped, including those at Stonehenge and on the Salisbury Plain Training Area and Porton Down. If we’re happy using domestic livestock, and celebrate the ecological benefits of metallic-megafauna (tanks), how could we logically object to things back-bred to behave more like aurochs? The same with horses: why would rewilded feral horses behaving much like their wild ancestors be so objectionable to anyone (other than the MoD!)?

Some argue in favour of Pleistocene rewilding – introducing what they assume to be wild ecological surrogates for extinct species like elephants and rhinos. I’ll leave that open, saying merely that it needs a lot more thought and debate, and it’s not something I’d advocate.

But what about the ecological risks? Surely the core chalk grasslands of SPTA are of substantial biodiversity value which could be damaged by a revved-up rewilding programme?

Well, yes, the SPTA core grassland is a SAC and SSSI, and this and a larger arable area is also an SPA and SSSI. But the SAC value is really a function of the fact that it’s massive and open, and its ecology is largely driven by disturbance and patch dynamics – it’s not the sort of place where the precise ecological attributes of every square metre can be usefully defined. I’d argue that the careful reintroduction of wild and wild-type megafauna will not adversely alter the ecology of the area. How about the SPA? Well, stone curlews are a key interest here, and much of the population nests on specially cultivated plots in grassland and arable, or other heavily disturbed areas, with adult birds foraging for food on the bare ground of tank tracks and tilled areas – much of the grassland is too tall in summer for feeding stone curlews. The mosaic of sward heights created by mixed grazing and browsing herbivores – aurochs and wild horse surrogates breaking up scrubby areas and thick upright brome swards and creating grazing lawns – could well benefit stone curlews. And where tanks create water-filled ruts and churned pits of loose soil, could aurochs create water-filled wallows and sandy bathing pits? Tanks plough through scrubby patches, just as aurochs surely once did.

More specifically – where to start?

Notwithstanding the need to protect archaeological remains, it’s not unreasonable to say that the Stonehenge World Heritage Site area north of the A303 is already available for megafauna reintroductions. This could be the first phase. One would then need to negotiate with the MoD to revert arable land between this NT-owned area and The Packway, the road dividing the WHS from the larger SPTA. This MoD arable is public land, all-be-it leased to tenants. Incorporation to create a grassy corridor to SPTA is therefore feasible. But what of The Packway itself? It’s not a particularly busy road: one could foresee a mix of cattle grids and traffic calming, creating a megafauna crossing stretch along say 100 m of the carriageway. Of course, any other State would fund a wildlife tunnel or green bridge. This would give megafauna access to a relatively quiet part of southern SPTA west of Larkfield. If even a small area of MoD grassland here is opened-up for megafauna – say 4 square kilometres – it would be a start.

The big constraint here is not land ownership – much of the 400 square kilometres is publicly owned; it’s not human population density – the core 28,000 ha is of course unoccupied; it’s not existing ecological value – wild herbivores and their predators would compliment existing drivers of biodiversity value here; it’s not cost, notwithstanding some infrastructure tweaks and arable reversion. The real constraint upon the bigger part of the area is of course current use for military training. Carefully managed domestic stock are completely different beasts to free-ranging herds of essentially wild cattle and horses. Could such populations be managed so as not to pose an insurmountable constraint on military training requirements?

If the government and others were to be persuaded to consider accommodating relatively free-ranging herds of wild bovids and equids at Stonehenge and parts of SPTA, we’d have the core of an impressive rewilding project in southern England, through which passes a major transport corridor, and at the core of which already exists the major global tourist attraction of Stonehenge.