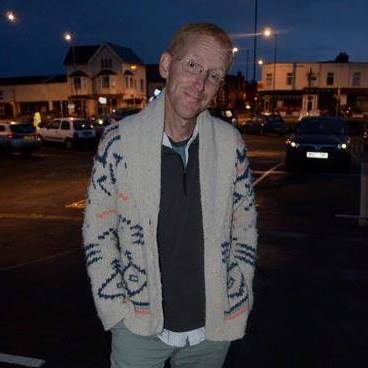 Our impending withdrawal from the Common Agricultural Policy presents risks and opportunities. One opportunity is to develop a new class of countryside land use, both in remote regions and close to towns and cities, fully accessible to people, where nature is left to recover with limited long-term, active intervention. For want of a better term, here I’ll call these pilot sites New Natural Areas.

Playing tunes with the system to get just what we want

Here in the UK we deploy a wide variety of tactics to achieve biodiversity conservation. We offer agri-environment payments to increase biodiversity on farmland. We afford legal protection to remnant patches of species-rich ‘old farmland’ such as chalk grassland and hay meadows to ensure their current interests are maintained long-term. We restore the (post-beaver) ‘natural’ sinuosity of engineered rivers. We’re creative and industrious: we know how to engineer just the right water levels in monodominant stands of reed to please bitterns; we know exactly how to ‘play tunes with the system’ of floodplain tilting weirs to maintain just the right soil wetness to satisfy snipe. We know precisely what sort of NVC plant community a particular SSSI unit ought to support and we’ve set out all the attributes that make that community what we want it to be. Even gardeners can’t achieve the level of precision we’re capable of.

And long may these tried and tested approaches to nature conservation continue. They are critical to sustaining what little nature we have managed to hang on to. The habitats we like have assembled under centuries of hitherto benign farming and, to maintain these assemblages in place, we conduct intensive conservation management.

But, going forward, we need to make some space for wild nature – nature that does its own thing in its own way and in its own time. Not to replace the prescription-based approaches we’ve pioneered, but to compliment them. Here in the UK we need to make space for nature unhindered by human management in a way that does not compromise assemblages we’ve managed to retain.

The Common Agricultural Policy has inadvertently caused farming to sprawl into some very marginal areas, which yield very little other than subsidy payments. Withdrawal of farming from such areas will not impact food production. In fact, we waste a high percentage of food, and we use large areas to grow biofuel crops. Getting a grip with food waste and transitioning to electric vehicles will serve to free up more land.

New Natural Areas: where wild nature does its own thing

We need a representative set of large-scale rewilding pilots and, for want of a better term, I’ll call these pilot sites “New Natural Areas” (NNAs). I hope others will devise a better term. NNAs will compliment our National Parks and Areas of Outstanding Natural Beauty which, sadly, have failed to deliver nature recovery.

Within each pilot NNA we can test how to re-build naturally-functioning ecological systems. The pilot NNA suite should cover a representative sample of biogeographical contexts, including: marine, coastal, lowland grassland-forest mosaics, closed forest, connected river-floodplain systems, upland and urban.

I suggest that NNA pilots should be as large as possible – a few thousands of hectares at the very least, expanding to tens or hundreds of thousands of hectares through time and as they prove their worth. This is because some key ecological processes that we wish to re-establish, such as seasonal movements of grazers, and viable predator populations, operate at large spatial scales. NNAs should be forward-looking, appropriate to the current situation and free to adjust as, for example, further climatic changes cause ecological assemblages to reshuffle.

I see the recovery of a near-complete trophic structure as a defining character of rewilding. Two attributes of wild nature will present difficulties in the UK: large body size, and intact predator-prey communities.

Globally, we have decimated large-bodied animal populations, both their abundance and richness. In north-west Europe we drove the European water buffalo and aurochs to extinction and nearly did the same to bison. Animals with large body mass tend to be significant ecosystem engineers. They shape landscape form and function. Beavers, of course, are relatively small but are among the most potent ecosystem engineers: if we can accommodate beavers, we can probably find space for a herd or two of back-bred water buffalo and aurochs.

We’ve also succeeded in breaking apart predator-prey systems. Consequently, we have an over-abundance of smaller predators and medium size grazers and browsers.

A landscape subject to rewilding but in the absence of larger-bodied species and functional predator-prey communities is a depauperate, half-empty landscape. This is light-weight rewilding. But in many NNAs it’ll be as good as it gets, for now.

For each NNA we should evaluate what the original regional species pool would have looked like – what predator-prey communities would have been present prior to extirpation by people, and what sorts of assemblages could exist given current and projected future climate and other attributes.

In some pilot NNAs, we should allow the remaining depleted regional species pool to find its way without deliberate reintroductions. In others, where space allows, we should re-introduce predator and prey species as early as possible, as we’ll want to know to what extent these influence natural landscape development. Some species are globally extinct and we may wish to install surrogates with traits that match as far as possible these extinct species.

In the absence of apex predators at a given NNA, humans could stand in to regulate over-abundant species. Conservation biologists have developed sophisticated spatial metapopulation and metacommunity models to evaluate the densities of species one might expect in a particular landscape given such attributes as proportions of habitats, resource abundance etc. Metapopulation management allows a scientifically-determined number of individuals to be translocated from one NNA to another. One NNA thus becomes a ‘source’, supplying animals to other rewilding projects. Of course we could also act as stand-in predators, harvesting a scientifically-set proportion of individuals. However one achieves population regulation (through artificial dispersal or predation), the end result would be to maintain the large herbivore populations at a level that one’s population model suggests would be expected. This isn’t natural, but it’s pragmatic.

NNAs should be fully accessible to people wherever possible and host new nature-based, largely non-extractive economies. The economic potential of each NNA will need to be investigated. Does an area of floodplain currently drained to provide grazing for livestock generate more income for the land owner and local community than would the same land converted to a mere with fringing wet grassland and beavers, water buffalo, ospreys, an overlooking restaurant selling buffalo burgers and locally harvested freshwater fish dishes? This question has been posed with regard to the Somerset Levels and Moors (a new Westcountry Lake District). The local communities concerned may well not be in a position to recognise this alternative, devise business plans, and build operations to exploit the opportunity. Therefore, within each NNA, I suggest that the government provide investments for business options appraisals, business planning, and grants and loans for nature-based business development.

We tend to set targets and then strive to achieve them and that, by definition, demands active, long-term intervention. Within NNAs and other rewilding areas, setting targets for particular habitat types is largely unnecessary.

Maybe stating well-informed ‘expectations’ is a more useful approach: that way we can accept the unexpected as part of the learning process, rather than lament our failure to hit targets. Such expectations could be formally stated as hypotheses, and we could set students – undergraduates, Masters and PhDs – the task of testing these hypotheses. For example, the hypothesis that assemblages of larger grazing and browsing herbivores are capable of maintaining species-rich open habitats within a forest-grassland mosaic under prevailing conditions could be tested if we’re able to assemble a realistic large herbivore community at ‘natural’ density.

At or close to each NNA we need research facilities, the sorts of research stations common in the tropics, where the approach to nature recovery we’re just discovering in the UK has been common-place for decades. We should fund students to conduct research at each NNA, in line with carefully defined science strategies.

How can we possibly make sufficient space available for such a venture? A national call for proposals could solicit submissions by consortiums promoting a particular pilot project. Government funding might be used to establish charitable entities at each selected pilot NNA.

A variety of land tenure regimes are likely to be involved at each pilot: public, private and civil society. One or two NNAs may be anchored by existing publicly-owned land – say at Salisbury Plain, and Thetford Forest. Large conservation land owners, such as the National Trust, may step forward. Some are already delivering large-scale schemes, notably the RSPB and Wildlife Trusts in the East Anglian Fens.

Private land owners could be invited to add parcels: I’d suggest that a fair slice of CAP cash be used to fund a new incentive scheme, paying land owners for the various ecosystem goods and services they contribute through withdrawal of agriculture within pilot NNAs. I suggest that such a scheme avoid the detailed prescription-based approach of the agri-environment schemes. Rather, payment should be per-hectare, and perhaps should increase as more land and more land owners enter the scheme within a given NNA. The scheme could also offer funding for business planning and enterprise infrastructure.

Community Land Trusts should have a major role to play, as they do in similar large-scale habitat conservation and restoration projects in the US and Latin America. To me this is the most exciting opportunity. Ultimately, I’d like to see Land Trusts taking on much of the land within each NNA, either through purchase or leasing arrangements. These Land Trusts should be capitalised by central government with endowments yielding a constant flow of income for long-term operations (noting that the costs of land management should decline with time as interventions end, enabling resources to be re-focused on, say, further collaborations with land managers adjacent to each NNA).

Some NNAs will support large animals unable to spread into farmland without insurmountable conflict. Farmers at the edge of NNAs supporting, say, herds of buffalo will not be impressed by crop-raiding. Many NNAs will be developed on marginal farmland with existing dense internal boundary networks (stock-fenced grass fields, for example). Internal boundaries will no longer be required and should be removed, but retaining and bolstering outer-edge boundaries of an NNA may be necessary reduce human-wildlife conflicts, at any site where larger animals are present. As long as people can easily traverse such boundaries unhindered I can see few real problems with boundary fencing. Technologies may well emerge that enable invisible boundaries that deter wandering animals. Control of some animals dispersing from NNAs will be necessary.

Of course, all I’m really calling for here is a representative set of pilot rewilding projects under a unified banner that I call (New) Natural Areas. It’s time we got stuck in. This is distinct from the ‘wildlife-friendly farming’ we strive to secure through agri-environment payments. These are new areas set aside for wild nature and people.