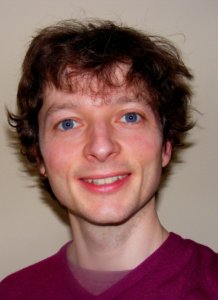 Richard has worked in the Westminster parliament as a researcher in the House of Lords and as a Senior Clerk for the Energy and Climate Change Committee. He is now Head of Government Affairs at WWT after spending a couple of years as a Parliamentary Officer at the RSPB.

However much you recoil at the anti-environmental rhetoric of the new President of the United States, you must acknowledge the power of his promise to turn back the clock and restore his country to some halcyon heyday.

That message of regaining lost prosperity is wonderfully evocative.

Of course, Mr Trump will be judged by the actions he takes to turn this romanticism to reality. Unfortunately, all the signs suggest that he will act and the actions he’ll take really will turn things round, but to a past that prizes coal above clean energy, introversion over internationalism, and development over sustainability.

Now turn to the Conservative Party Manifesto and you’ll find another promise to turn back the clock.

On page 55, you’ll find a promise to deliver “a 25 Year Plan to restore the UK’s biodiversity, and to ensure that both public and private investment in the environment is directed where we need it most”. What a fantastic aspiration! Albeit a less compelling slogan than Mr Trump’s.

Since then, Defra Ministers have repeated the promise. Andrea Leadsom has made a mantra of her “department’s vision to be the first generation to leave our environment better than we found it”. But so far we’ve seen little sign of the action that could bring this particular vision into being. Two years into this Parliament and the plan still hasn’t been published, never mind acted upon. At the moment, most people haven’t even heard of the idea.

Of course there are good reasons for that. The actions that could actually reverse the loss of UK biodiversity (with 56% of species in decline), clean up our water (with only a fifth of rivers and streams in good condition), and make our air fit to breathe (with air quality targets shattered the first days of the new year) are difficult to plan and difficult to agree. What’s more, they’ve been made many times more complex by the prospect of Brexit.

But at last there are signs of movement.

In the next few weeks, we’re expecting the Government to publish its consultation on the 25 year plan. As environmentalists, it’s our job to help the Department succeed. To do that, we need to turn DEFRA’s vision into an action plan and we need to demonstrate the public demand to make it happen.

First of all, we need to be positive and precise about what we want. Too often, environmentalists are reactionary and uncertain. Part of the reason for blogging here is that these pages are often an exception, setting out very clear proposals for change.

Second, our action plan needs to be as bold as our ambition. The day-to-day work of environmental advocacy is about a small nudge here, incremental change there, compromise and pragmatism. But the changes taking place at the moment are huge —massive infrastructure and energy developments and the redesign of our farming support system. We need to be daring.

Think back 25 years and you can see that transformational change really can happen. In 1992 the world agreed the Framework Convention on Climate Change and that led to truly revolutionary change, shifting the global energy system away from a hundred year path. Another 25 years back and you’re in the era of Silent Spring. 1967 saw the creation of the Environmental Defense Fund, and the beginning of the end for DDT.

This time, I believe the hallmarks of a successful 25 year plan are:

But there are probably a thousand different ways we could succeed. Most of all, we need to act together and we need everyone to raise their voices in support of DEFRA’s ambition, with a call to action.

In the clamour of Brexit, the rush for house-building, the race for economic growth, it could be easy for our environment to be side-lined. I’m pleased to report that one of the unexpected side effects of the Brexit decision is that the UK’s environmental NGOs really are working together with new energy and resolve in coalitions like Link, Greener UK, The Climate Coalition and Sustainability Hub. Expect to see some action soon.

And it’s great to see young people like the folks behind A Focus on Nature and New Nature Magazine swell the ranks of dedicated environmentalists.

When the consultation comes out for the 25 year plan, let’s add to Andrea Leadsom’s mantra of improvement with our own slogans:

Make our air fit to breathe and our wildlife thrive on land and sea again.

And let’s all respond to the consultation with a clear call for DEFRA’s excellent vision to be backed up by action. At WWT, alongside our friends in Link and Greener UK, we’ll be calling for milestones, money, and monitoring to make sure the Government delivers a country rich in nature. What will your call to action be?