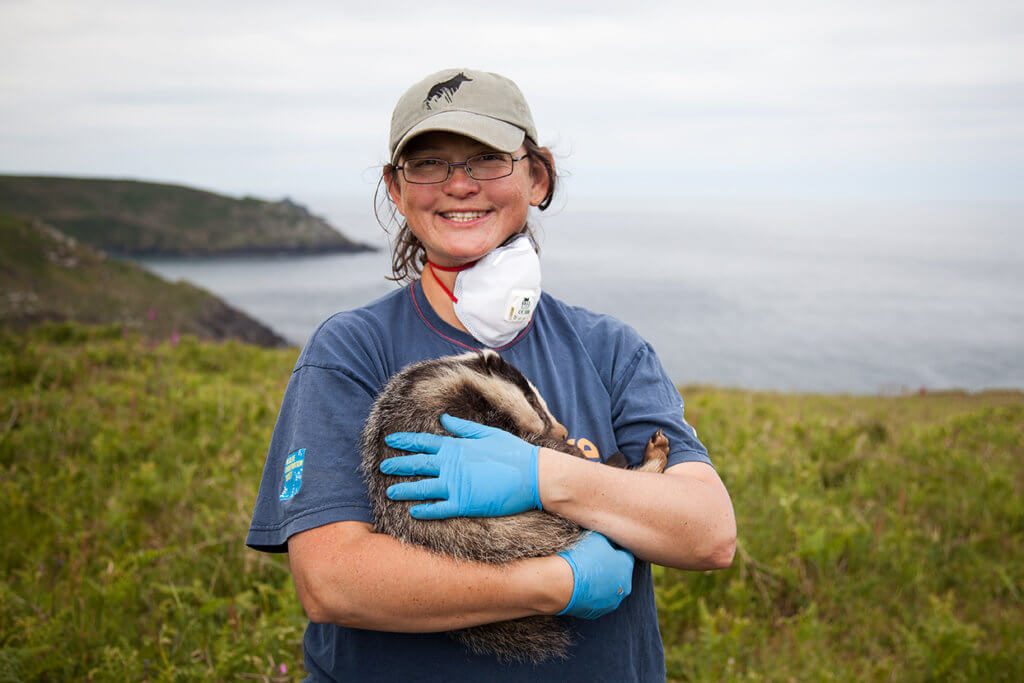 Rosie Woodroffe is an ecologist and former member of the Independent Scientific Group on Cattle TB, which advised government on TB control for 10 years. She is a Senior Research Fellow at the Zoological Society of London and a Visiting Professor at Imperial College London. She is on Twitter at @rosiewoodroffe.

Badger culling: time to work together?

The culling of badgers, intended to reduce TB transmission to cattle, is the most contentious wildlife issue in Britain, and an international poster-child for problems at the interface between science and policy. So, it was exciting last month to see farmers and wildlife enthusiasts, vets and policymakers, independent and government scientists, and even a couple of MPs, all gather at Imperial College to consider the latest insights into TB control. The mood was constructive, the questioning intense but polite. There were no placards, no people dressed as badgers, no high-vis jackets. Everyone seemed to go away feeling they had learned something.

The science itself was uncompromising. James Wood of Cambridge University kicked off by explaining that the tuberculin test, currently used to detect infected cattle, in fact leaves a high proportion of infected animals to continue spreading disease. Worse still, tuberculin performs increasingly poorly where there is more infection. The only other test currently legal for use, the gamma interferon test, detects more infected cattle, but also generates more false positives. So, gamma interferon is unpopular with farmers, and costly for governments who have to compensate farmers for the extra slaughtered cattle. Tuberculin testing remains the primary method for detecting and removing infected cattle, and infected cattle remain in many herds even after the test-positive cattle have been slaughtered and the herd declared TB-free. Amie Adkin described a programme to limit spread between herds, by allowing farmers to buy in cattle only from herds of the same or higher infection status, but it remains voluntary.

These problems with cattle-based TB control mean that cattle-to-cattle transmission is still by far the most important source of new herd infections. Although transmission from badgers still grabs the headlines, Christl Donnelly explained that at most 25% (and more probably about 6%) of herds catch TB from badgers. However, because TB infection in cattle is difficult to detect and control, those herds which are infected by badgers go on to infect other herds, which in turn infect still more herds, causing new outbreaks which might not have occurred if badgers were not involved, but which would also not have occurred under a more effective cattle testing system.

Farmer-led badger culling is a central plank in England’s TB control strategy. Lucy Brunton from the government’s Animal and Plant Health Agency confirmed that so far these culls have not delivered any detectable changes in cattle TB. Scientifically this is not surprising at all; the time elapsed since the start of culling is not yet long enough for benefits to have emerged. What is more worrying is that Ministers have repeatedly referred to the culls as successful, claiming or implying that they are indeed reducing cattle TB. And, government has quietly committed to improving cattle testing preferentially in badger cull zones, making it impossible to tell whether farmer-led badger culling has any benefits.

In fact, the culls are “not going very well” according to Tim Coulson, a member of the Independent Expert Panel that was set up by Defra to evaluate the culls. Culls which kill too few badgers can increase cattle TB rather than reducing it, and so Defra’s policy explicitly aims to reduce badger numbers by at least 70%. In the first year of culling, intensive independent monitoring overseen by Coulson’s panel showed that this aim was missed by a wide margin. Since then, according to Coulson, both the independent monitoring and the intensive fieldwork have been abandoned, and government claims of “success” are based on achieving targets which have been set deliberately low, using methods rejected as unreliable by the independent panel, and modified mid-cull. Coulson termed this approach “non-science”. Statistician Prof Sheila Bird, a member of Defra’s Science Advisory Council, referred to Defra’s practices as using a “fiddle factor” and “moving the goalposts”.

Meanwhile, James O’Keefe explained that the Republic of Ireland is expecting to replace badger culling with vaccination in the near future, considering culling unsustainable in the long term. He remarked that, while badger culling appears to have helped reduce cattle TB in the Republic of Ireland, the densities thought to be needed to achieve this benefit – about 0.5 badgers/km2 across vast areas – would be far more difficult to achieve in Britain, where the initial density of badgers is much higher. (Nobody said this at the symposium but, for comparison, in Britain’s Randomised Badger Culling Trial mean badger density was roughly 5 badgers/km2, before culling reduced their numbers by approximately 70%, presumably to roughly 1.5 badgers/km2. Baseline badger densities in Britain have risen since then. This relatively high density contributes to the flow of badgers into cull zones from neighbouring lands, contributing to instability in the badger social system and hence to increased infection. This difference in baseline density probably explains why repeated culling consistently increased badger TB in England but consistently reduced it in Ireland).

As well as hearing all this scientific evidence about badger culling, participants in the symposium heard officials from England, Wales, and Northern Ireland all discussing various forms of culling policy. Is there hope for an evidence-based approach to this contentious issue?

Several participants exclaimed with delight at finding farmers, vets, scientists and wildlife groups all in the same room, with no raised voices. Imagine if such stakeholders could go on discussing the scientific evidence, evaluate it and, where it stands scrutiny, share, embrace, and act upon it. A policy based on a shared understanding of the scientific evidence could be both effective and uncontroversial. But the quest for a shared understanding demands leadership and, in England at least, that leadership is lacking. The symposium participants heard new evidence about the limitations of current cattle tests, prospects for better tests, the effects of vaccination on both cattle and badgers, the impacts (both positive and negative) of badger culling, and the mechanism of transmission between badgers and cattle (which can inform biosecurity plans): all key insights gained by scientists in the past decade. But just the day before, farming Minister George Eustice told parliament that “the science had been clear about what was required [to control TB] since the ’70s ”. Apparently, to him none of this new evidence is needed to inform policy. What’s the point of stakeholders trying to work together, if the person who ultimately decides on policy thinks they already know the answer?

Here’s a starting point. For the last few years, the Chief Veterinarian for Wales, Christianne Glossop, has led an exemplary campaign to control TB on Welsh farms, centred on improved cattle controls. At last month’s symposium, she announced a plan to humanely kill badgers on farms with persistent cattle TB, where badgers are found also to be infected. She followed these words by immediately calling on the participants not to polarise in response to her announcement, but to come together. And, yes, we should come together. We should come together to explain to her, to her boss Lesley Griffiths, and to the Welsh farmers they both serve, the scientific evidence which shows that small-scale badger culling is likely to undo all the success they have achieved. We should explain that TB testing badgers, like TB-testing cattle, leaves behind many infected animals. That killing even small numbers of badgers disrupts the behaviour of the survivors. That infected survivors, now ranging more widely, encounter more cattle herds, and probably also more badgers. That these changes help explain why small-scale culling has been shown to increase rates of TB infection in both badgers and cattle. That this scientific evidence is not the view of some maverick crackpot, but the consensus among scientists, including the chair of Defra’s Science Advisory Council. In short, that small-scale badger culling benefits noone – not farmers, not policymakers, and certainly not badgers. If wildlife advocates, farmers, and vets cannot agree that small-scale badger culling is a bad idea, the prospects of truly working together look remote indeed.