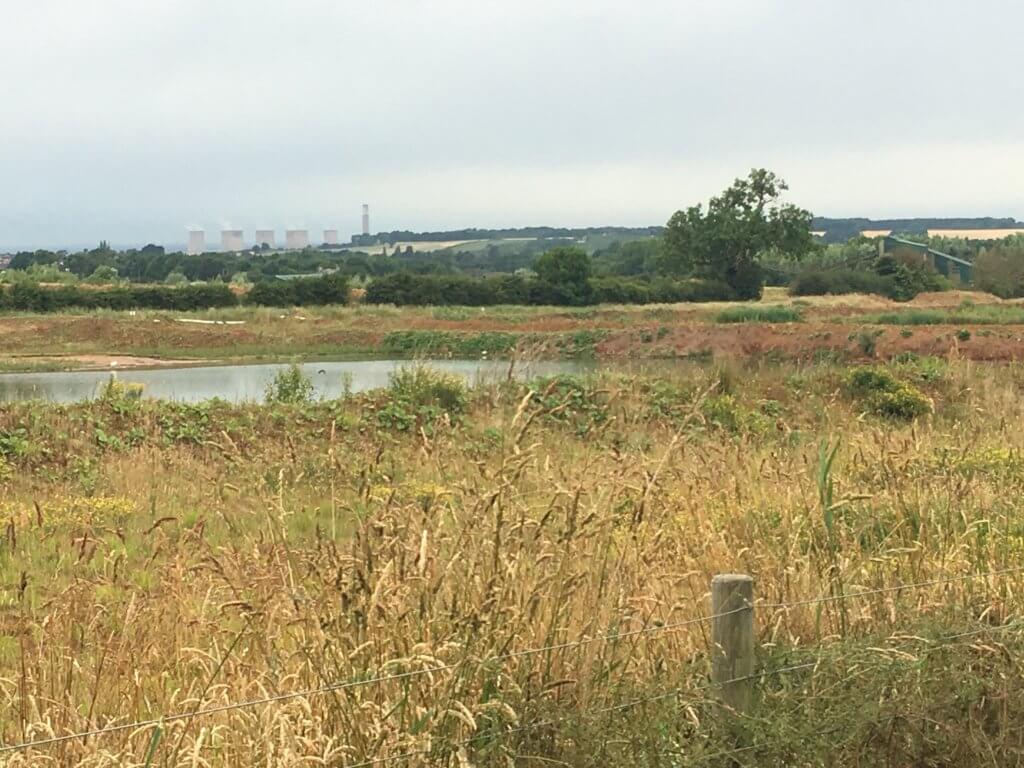 It doesn’t look like a particularly interesting part of the world – but it is now!

A gang of at least seven Bee-eaters have been found in rural Nottinghamshire, and the RSPB and CEMEX have set up, very rapidly, a viewing scheme. Good for them.

I was the second viewer there this morning just after the Today programme started on the radio and I was home and writing this blog before Today had finished – having seen three Bee-eaters.

Having studied Bee-eaters for many years, and not having seen them in the UK, I was quite keen to have a look at them.  It wasn’t exactly Bee-eater weather this morning.  I can imagine going back later in the year, and on a sunnier day, if they persist.

UK breeding records of Bee-eaters are accelerating in frequency. The ‘old’ records are of a pair at Musselburgh, Scotland in 1920 followed by three pairs near Plumpton, Sussex in 1955.  This might suggest a fondness for nesting near racecourses but more recent records are from Durham (2002), Herefordshire (2005), Dorset (2006), Isle of Wight (2014) and Cumbria (2015) and now Nottinghamshire.  Bee-eater records seem to be like darts thrown at the UK dart board by someone who needs to work on their grouping. All over the place!

At least these have picked the constituency of the Father of the House and birder Ken Clarke MP.

Can you think of another bird name which has four vowels in a row?

The car park at  LE12 6RG, (see below) is less than five minutes walk from the viewing site and costs £5/vehicle (50% to RSPB, 50% to the farmer).  It was easy to miss at 6am this morning but might be easier to spot once it gets busier.  It’s on a moderately busy road and I advise that you start indicating early since a white van man nearly driove into the back of me (I wonder whether he was looking at his phone at the time?). 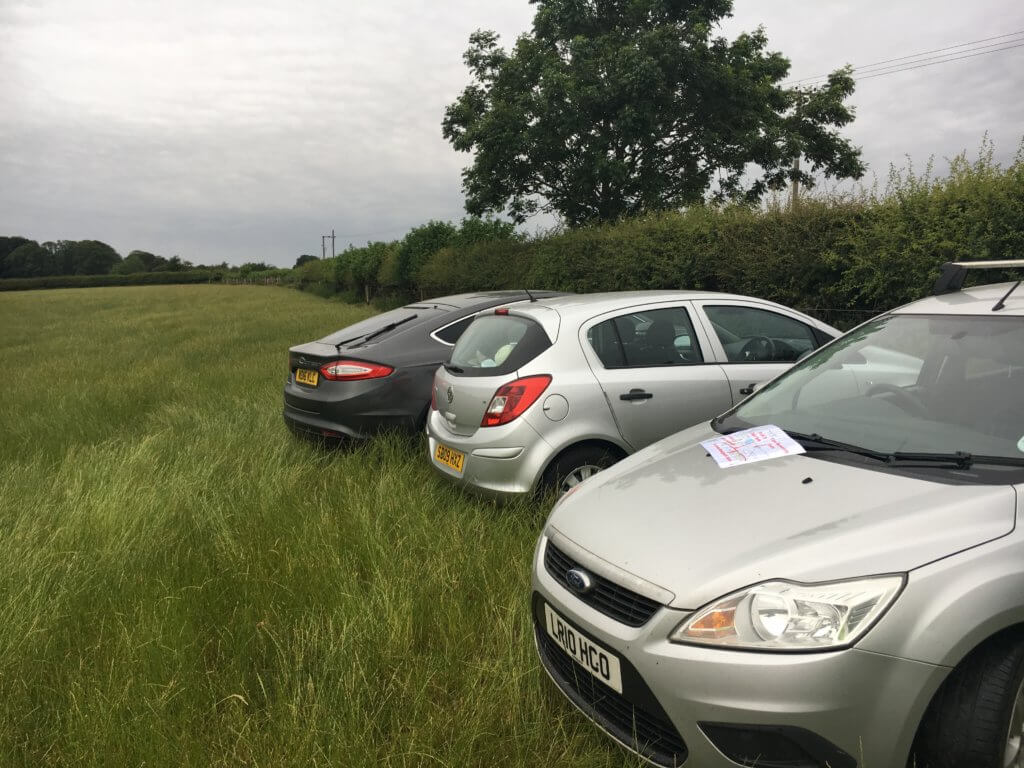 19 Replies to “Bee-eaters in Notts”