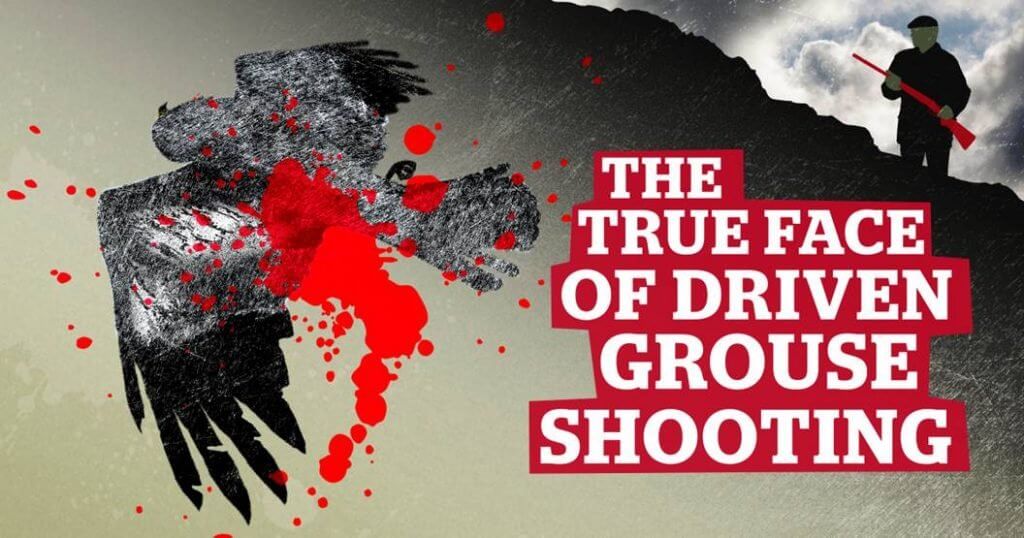 The UK is missing around 2000 pairs of Hen Harriers according to a survey carried out in 2016 whose results were released today. We know that the main cause of this harrier-deficit is deliberate, intensive and illegal killing of Hen Harriers by those who wish to shoot Red Grouse for fun.

The lack of Hen Harriers is a national disgrace.

Martin Harper, RSPB Conservation Director: ‘The hen harrier is one of our most wonderful birds of prey, to see one soaring through the air before dramatically diving down during its thrilling skydancing display is an iconic sight and one that will always take your breath way. These are sights that we should all be able to enjoy. Unfortunately, we are being robbed of the chance to see these beautiful birds flourish throughout the UK countryside.

The reasons for the population changes are likely to be a combination of factors that vary from region to region. From previous research, it is known that the main factor limiting the UK hen harrier population is illegal killing of these birds associated with driven grouse moor management in northern England and parts of mainland Scotland. Other pressures such as cold and wet weather conditions over a number of breeding seasons, changes in habitat management and low prey abundance could have all had an impact on numbers throughout the UK.

The latest figures back up a continued trend that we have seen for more than a decade – hen harrier numbers are on the decline throughout the UK. The illegal killing of this bird of prey is a significant factor behind the diminishing numbers and a large barrier stopping their recovery. Without purposeful action from all, including governments across the UK and the shooting industry, we may see hen harriers once again lost from more parts of the country.‘.

Eileen Stuart, Scottish Natural Heritage Head of Policy & Advice: ‘While Scotland remains the stronghold for hen harriers in the UK, the continuing decline is a serious concern particularly the low numbers found in parts of the mainland. We’re committed to continuing to work with a wide range of partners to tackle wildlife crime through PAW Scotland, including initiatives such as Heads up for Harriers, and General Licence restrictions where evidence supports such action. Scottish Natural Heritage and Forestry Commission Scotland have set up a joint Raptor Working Group to identify and promote the opportunities of forestry for raptors, including hen harriers, to sustainably deliver Scottish Government environmental and forestry policy.‘.

Wendy Mattingley, from the Scottish Raptor Study Group: ‘There is a very concerning trend of a long term decline in the number of breeding hen harriers in Scotland. For the population to begin to recover and expand over all suitable habitat, the intensively managed grouse moors of east and south Scotland must produce successful breeding hen harriers again. The hen harrier is a wonderful spectacular raptor and more action must be taken to ensure that its future is secure.‘.

Tim Baynes, Director of the Scottish Moorland Group: ‘Scotland is still the UK stronghold for the hen harriers by a huge margin. However, it is disappointing to see any indication of decline in Scotland – and much larger drops in Wales and Northern Ireland – even though the decline is regarded by the survey team as statistically insignificant. Harrier breeding fluctuates annually for many reasons – not all associated with wildlife crime. For example, 2016 was a poor year largely due to low vole numbers in Scotland with weather and predation shown to have played their part.  Fifteen of our members, covering an area of 325,000 acres, will be working with the Heads Up for Harriers project again this year to better to understand the reasons for poor harrier breeding and to help rebuild the harrier population.‘.

Simon Wotton, lead author of the study: ‘This UK-wide survey required a monumental effort from a number a number of different funders, organisations and volunteers – without their help, dedication and expertise we wouldn’t be able to build up this accurate picture of these magnificent birds of prey. We hope these results will convince all those who are in a position to help hen harriers to take positive steps to ensure their protection and rebuild the UK’s hen harrier population for people to enjoy for generations to come.‘.

7 Replies to “Hen Harrier survey results – what they say”