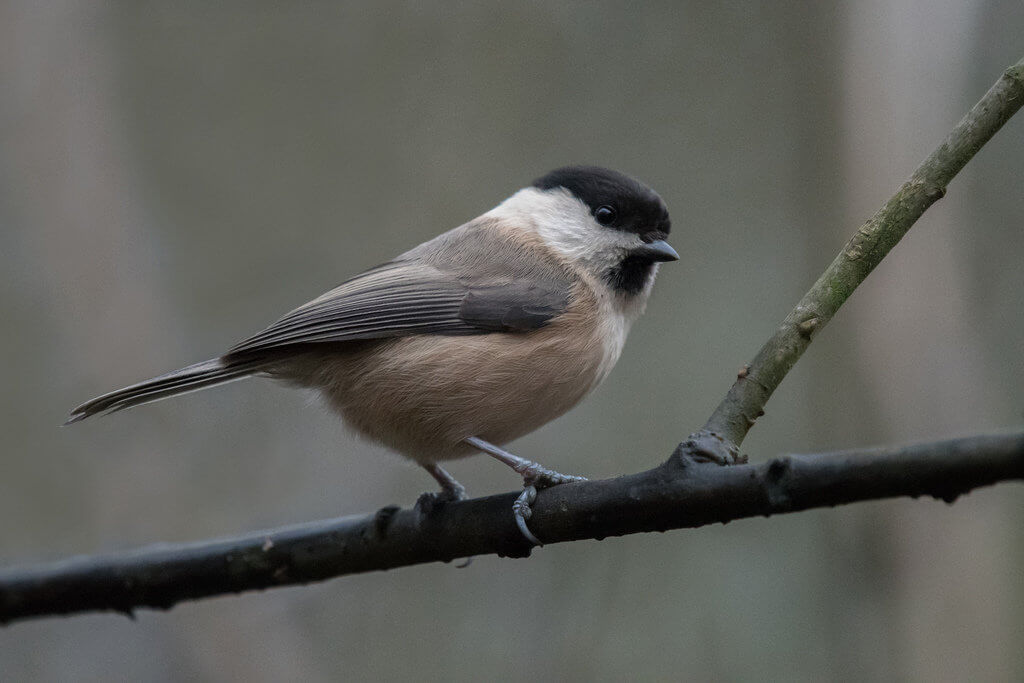 Tim writes: In 1897 two German Ornithologists (Ernst Hartert and Otto Kleinschmidt) were looking  through a series of Marsh Tits in the British Museum when they spotted a couple of Willow Tits that had been wrongly labelled.  The same year some fresh specimens were collected in Coalfell Wood, Finchley and three years later Willow Tit was officially added to the British List.  Willow Tit was described new to science back in 1824 but nobody realised they were a common and widespread British bird.  Alas they are no longer common and not nearly so widespread as they have declined rapidly in recent decades. They have completely disappeared from the south east of England, their type locality in Britain.

Willow Tits are the most rapidly declining resident bird in the UK. The British population fell by 91% between 1967 and 2010.   Research on reasons for the decline is ongoing, but we know they prefer scrub to woodland, and also need standing dead wood as they excavate their own nest holes.  The endemic British race kleinschmidti is the smallest and darkest of numerous races.  It has deeper colour on the upperparts but the underparts are most distinctive with a buff wash on the underparts.  The latest population estimate of the British kleinschmidti is 3400 pairs, but it continues to decline.

I photographed this one in West Yorkshire where they are scarce, but still regular.

I’m very grateful to Tim Melling for his images and the words that go with them.