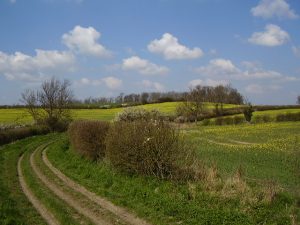 We’ll have to see what ‘Green Brexit’ Gove actually says today, and then watch like hawks (harriers, eagles, kites and falcons) what he actually does.  But there is clearly something afoot when the Today programme stirs itself on the subject of agricultural payments (click here and two bits – at 08:10 and 08:55).

The first clip tends to confuse subsidy with environmental grants but that’s not very important. What is fascinating is that the representative of the Duke of Grafton says that he’s worried that their big payment from the pockets of the working classes might be transformed into a ‘wishy-washy scheme just  for the environmental goods, supposedly’.  Those will be supposed goods like flood alleviation, wildlife and carbon storage – rather than being a hand-out just because my boss is a big landowner?

He goes on to predict a mass-exodus from farming in the uplands because farming there is pretty much ‘non-viable now’. He’s right and this is a touching concern for upland farmers (though I wonder whether the Duke has any upland land too?) but speaks volumes.  Farming in the uplands is non-viable on traditional economic grounds (see pages 184-7 in Inglorious for a short discussion) – and yet we are pouring taxpayers money into the uplands. We should either stop, or make sure that money works better – I opt for the second not the first option. Working better means delivering those supposed environmental goods – landscape, wildlife, better water retention to reduce flooding and peatland recovery to store carbon and water.  That is what we should be doing and that’s what land owners should have to do in order to get our money.  The Duke’s man does have a good point though on the difficulty of monitoring some of these things – whereas now we just tick the box when the money goes from the treasury to the landowner.

A lady farmer from Cumbria, Nicola Rennison (?), agrees that if subsidy went then upland farming would be doomed. So we all seem to be agreed on that, but she then goes on to criticise the subsidy system very cogently for holding back innovation and for being inherently unfair to those, all of us, who pay for it.

We then hear an academic telling us that in Liam Fox’s ultra-free-trade world agriculture is doomed because cheap food would be imported. That’s right. And that would be good for the consumer (all other things being equal) who would get cheaper food and be able to pocket the current agricultural subsidies or at least see them spent on the NHS or schools rather than on our hard-up Dukes.

We then go back to the Duke of Grafton’s man who trots out the hoary old story that us paying subsidies makes our food cheaper – apparently ‘it’s very simple’ – although we had just heard that we could get cheaper food without paying subsidies under free-trade rules.

The Duke of Grafton didn’t seem to have got the memo from the CLA, or if he did then he didn’t pass it on to his manager who appeared on the radio this morning, as the CLA president, Ross Murray, was pretty good on the need for reform. It’s difficult for any CLA President to be completely straight on these matters because it would entail admitting that large landowners have been milking the system to the taxpayers’ disbenefit for decades.  But that is what has happened and it is good that the CLA sees the need for change.  The CLA is in a difficult position as it holds the view that subsidies are ‘a bad thing’ because they distort the market and soft-bed inefficiency, but if they espouse ‘public money for public goods’ as they do, then this is tantamount to admitting that their members have been crap at delivering those public goods up until now.  They can’t defend the status quo, and all credit to them, they never really have, but the changes that are necessary will go against the interests of some of their members who won’t be chuffed about it. We’ve already heard George Eustice saying that grouse moors would be in the firing line, appropriately enough, for a reduction of public support as they aren’t really farming.  I welcome the CLA position on this subject and I hope that they are saying the same thing in private as they said on Today, and that Mr Gove is listening to them rather more than to the NFU but alongside sensible views from the RSPB, Wildlife Trusts and others.

Just at the end of Today, in the second chunk, Molly Scott Cato, a Green MEP, took apart Jamie Whyte (Institute of Economic Affairs) who appears to be on the far right of this argument: the market is perfect and the state should get out of things and let the landowners deliver cheap widgets.  Scott Cato also used the grouse moor example very effectively – the Greens have got this ahead of, ahem, the Labour Party which needs to do some catching up fast (maybe some Labour signatures on Findlay Wilde’s thunderclap would be a good start and a strong presence at the 12 August march in London too).  I liked the 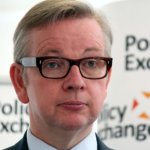 expression ‘only the real free-market head-bangers’ in particular.  Mr Whyte wanted to know who would decide what is an environmental benefit  – and his contribution suggested it certainly shouldn’t be him. And it shouldn’t be the recipients of the money either – not to decide the principles at least, though involvement n the practical details would be very good. So, if not right-wing think tanks and not land owners and farmers who should decide what is an environmental benefit? Well, why not ask environmental experts? Government has a few left, though not that many, in Defra, NE and the EA but there are plenty of environmental experts who are working in academia and NGOs whose very being this subject is.  They are the experts – and we still need experts, don’t we Mr Gove?