Labour MP Kate Hoey, former Chair of the Countryside Alliance, appears to be happy about the decline in numbers of Hen Harriers in her native Northern Ireland and seems to think that it results in more Curlews and Ring Ousels.

The usual line from the shooting community is to shed crocodile tears when Hen Harriers decline or are absent but Ms Hoey sees some strange silver lining.  It is often a bit difficult to understand what Ms Hoey is on about, but in this case it is almost impossible.

The RSPB and NI Raptor Study Group agree that the decline in Hen Harriers in Northern Ireland is likely to be due to a combination of habitat change, persecution and local events such as fires.

Does Ms Hoey think that Hen Harriers are gobbling up Curlews and Ring Ousels and that a Hen Harrier decline will help their prey species? Well it’s true that Curlew chicks and Ring Ousels have been eaten by Hen Harriers but they certainly aren’t major prey items.  And a decline in Hen Harriers would not lead to an increase in the numbers of either of these species.  So that doesn’t make any sense.

It couldn’t be, could it? Surely it couldn’t be that Ms Hoey knows that Hen Harriers are illegally persecuted in the UK on grouse moors (of which there are relatively few in NI) and that the Countryside Alliance line is that grouse moors are great for Ring Ousels and Curlews – which often they are (and they’d be great for Hen Harriers too if gamekeepers didn’t kill them)? Ms Hoey isn’t saying that whatever is bad for Hen Harriers is good for everything else is she? She seems to be.

Just another case of ‘a real country person’ having a knee-jerk ill-informed and ecologically-illiterate view?  Maybe that’s unfair – perhaps Ms Hoey could explain herself.

I assume that Ms Hoey won’t be attending a Hen Harrier Day event the weekend after next – her nearest would be at Rainham Marshes RSPB nature reserve where she could have a chat with Chris Packham – where is your nearest event?

And I’m guessing she won’t be signing up to Findlay Wilde’s thunderclap – unlike two, so far, of her Labour MP colleagues. 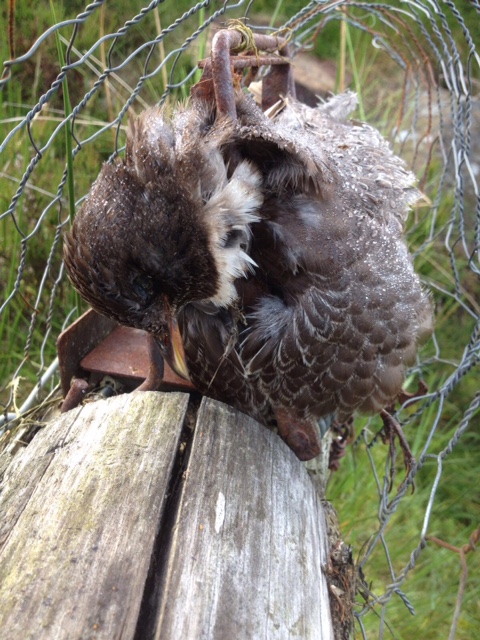