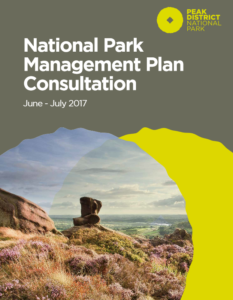 Just as the Yorkshire Dales NP recently consulted the public on its way forward, so too did the Peak District NP.

Although the PDNP has so far been less open than the YDNP on the results of its consultation, this blog understands that new ‘Areas of Impact’ (ghastly jargon) have been inserted into the plan of which an interesting one is as follows:

Ensure that the management of grouse moors delivers environmental, social and economic benefits

We want management of grouse moors to conserve and enhance the special qualities of the Peak District National Park.

Well, it’s good to see that after ignoring wildlife pretty much comprehensively in its consultation, the PDNP now puts the impact of grouse shooting right up there.

If you are wondering what the ‘special qualities’ (which perhaps should be ‘Special Qualities’) of this National Park are then Special Quality 2 is ‘Internationally important and locally distinctive habitats and species’ which includes the words ‘Some may glimpse the rare upland birds supported by this dramatic landscape, including ring ouzel and golden plover, or feel the powerful presence of birds of prey such as hen harrier, merlin and peregrine falcon.‘.  What this really means is that Hen Harriers are practically absent from a National Park in which they ought to be annual breeders of several pairs and that Peregrine Falcons are largely absent from the northern part of the National Park where grouse shooting is a major land use despite being present in the southern part of the National Park where grouse shooting is absent.  So you will be hard-pressed to see Hen Harriers or Peregrines in the Dark Peak in the breeding season but apparently you might feel their presence, invisible though they might be: Losehill Hall is planning to add raptor tours to its ghost-hunting events.

National Parks do not have full powers to influence all the things that they might wish to influence in their boundaries. But they do have voices which they can use to highlight issues. For example, the PDNP could tell Defra ‘We are failing to maximise the revenue to the area from wildlife tourism as the level of wildlife crime is at a very high level. It is central government’s job to sort out this problem and we’d like you to consider introducing vicarious liability and licensing of shooting estates as quickly as possible if you cannot bring yourselves to bite the bullet and ban driven grouse shooting completely.’.

Thank you to any readers of this blog who responded to the NP consultation – you are nudging things along.