I read today’s Guardian piece by Adam Vaughan about the cost of offshore wind energy dipping below that of nuclear energy.  That sounds like good news, and news that I don’t think we all expected say 10-15 years ago when these issues were very live.  Those who argued for renewable energy were right to say that renewable energy would get cheaper and cheaper as it was rolled out, developed and improved.

What the Guardian piece doesn’t touch on, and nor has other coverage I’ve seen, is the longer term future. An environmentalist should always be a bit wary about using the economics as the main justification for a choice of action.  We are going to need a lot more electricity to power all those cars which will switch from fossil fuels and to heat our homes etc so how many cheap wind turbines will we need? I’m sure I could find this out somewhere but my thoughts go back to a very thought-provoking book by the late Prof David Mackay, Sustainable energy without the hot air.  I’ve got a copy somewhere and I mean to re-read it to see whether it stands the test of time (a time of nearly 9 years) but you can download a free copy from the website.  The message of the book is that we are going to need an awful lot of stuff to reduce our carbon emissions and that might well mean wind turbines on a very large scale as well as tidal energy as well as wave energy as well as solar and as well as nuclear.  There is, MacKay argued, no technological silver bullet. 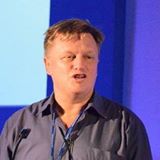 It’s always good when a good thing gets cheaper, and it’s good when a good thing is cheaper than a bad thing because it makes it easy for us all to be good, and for industry and government to help individuals be good.  But is nuclear energy a bad thing?  My reading of MacKay’s book pushed me into the ‘we’ll need nuclear too’ camp.  This isn’t my area of expertise and I rely on others who understand the ins and outs far better than I. One of those people was Stephen Tindale who died earlier this year and so he was in my mind when I turned a few more pages of the Guardian and found an obituary of Stephen written by Prashant Vaze (it appeared online many weeks ago).  I wonder what Stephen would have thought?

9 Replies to “Wind power and nuclear”