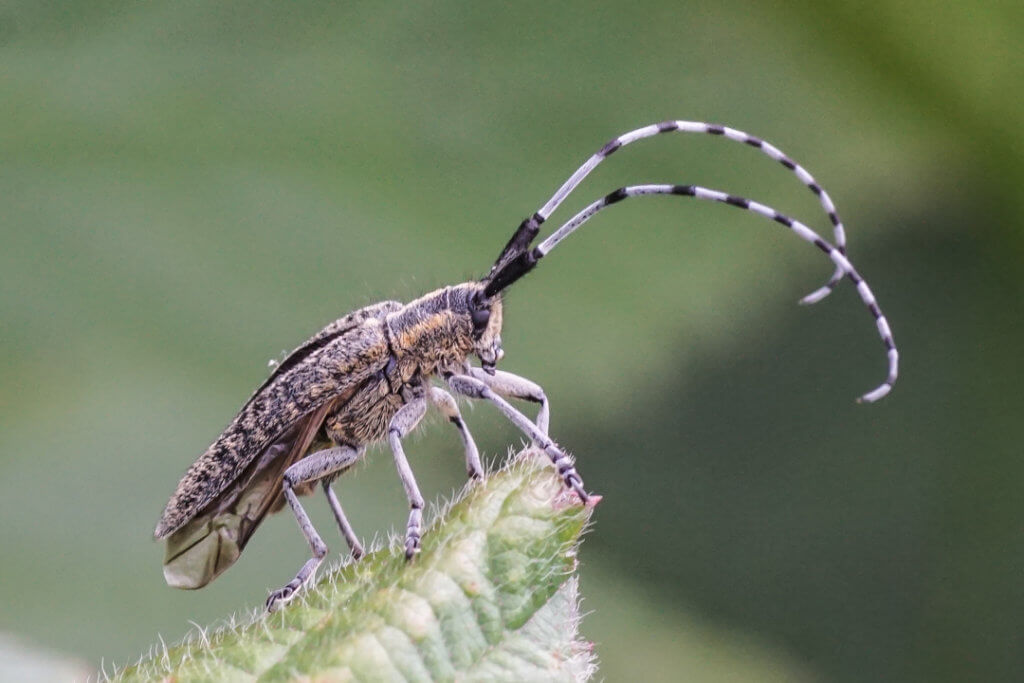 Paul writes: This beetle has a long name to match the size of its antenae, the Golden-bloomed Grey Longhorn Beetle, or Agapanthia villosoviridescens. It’s a medium sized beetle, up to 22mm excluding the antennae. They develop in the stems of herbacious plants, such as nettles, thistles or umbellifers so are frequently seen alongside hedgerows. Once spotted they’re quite easy to watch or photograph as they remain still for long periods. I usually spot them basking on leaves in bramble bushes. They are found throughout Europe. Records in Britain are fairly sparse but I see them quite frequently in Yorkshire, in rural locations, so there shouldn’t be any reason that they aren’t widespread throughout lowland Britain.