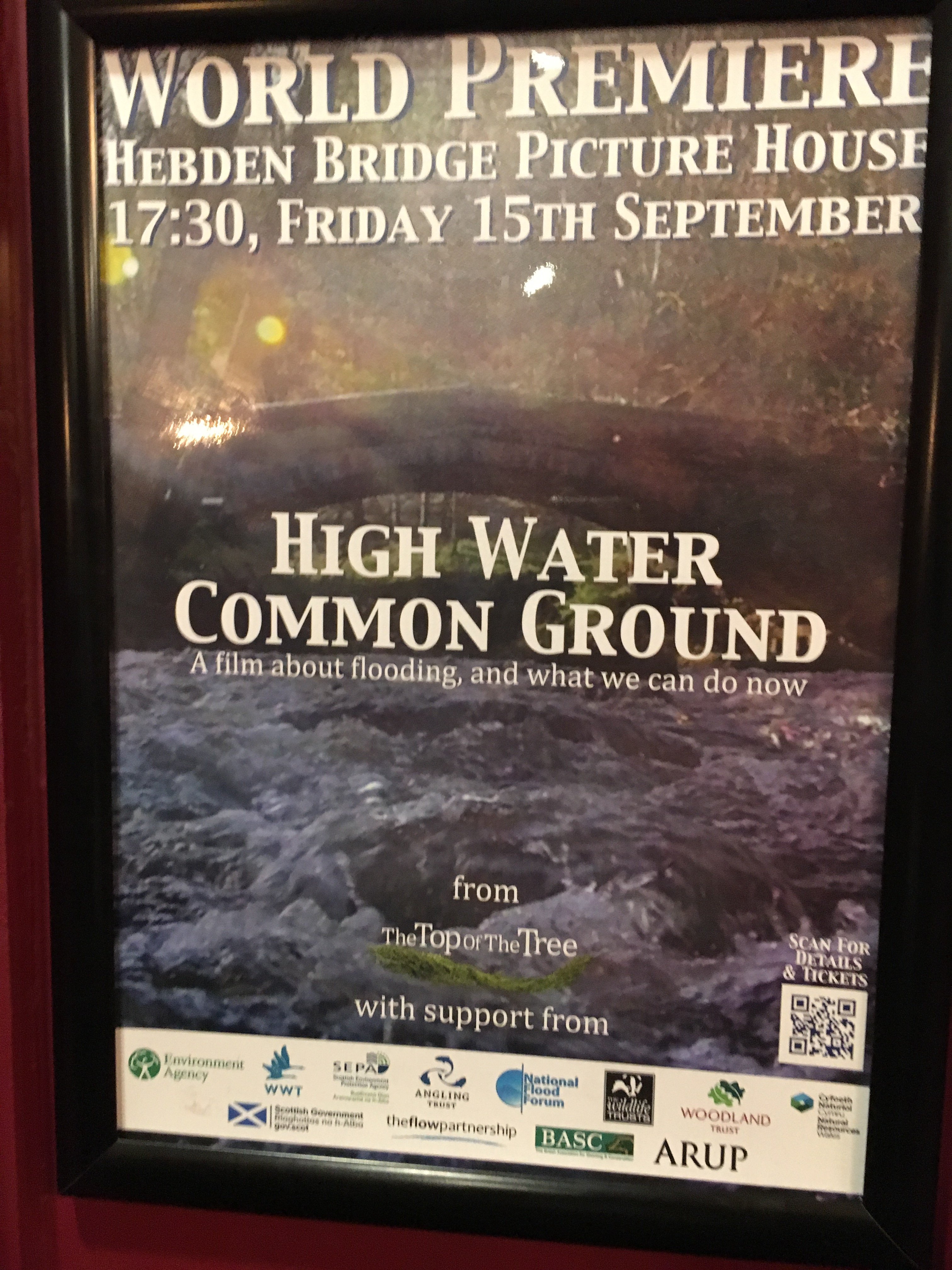 I was lucky enough to attend the world premier of this film on Friday.  There were about 100 of us in the Picturehouse at Hebden Bridge.

The film looks at a whole range of community actions that are in the category of natural flood management and interviews scientists, land managers and mobilised citizens about what they have achieved.

The uplands are important, trees are important and you’d think that in a more natural world beavers would be important too.  The rather unspoken argument for rewilding was made strongly.

But even if you don’t take that message from these examples, you will see that flood management thinking is changing and that more ecological methods are gaining ground, soggy ground.  See here for more about the examples in the film.

Congratulations to Andy Clark who made the film.  It’s something of which he can be proud. And it sounds like he has plenty more ideas for future films. I’ll look forward to seeing them.