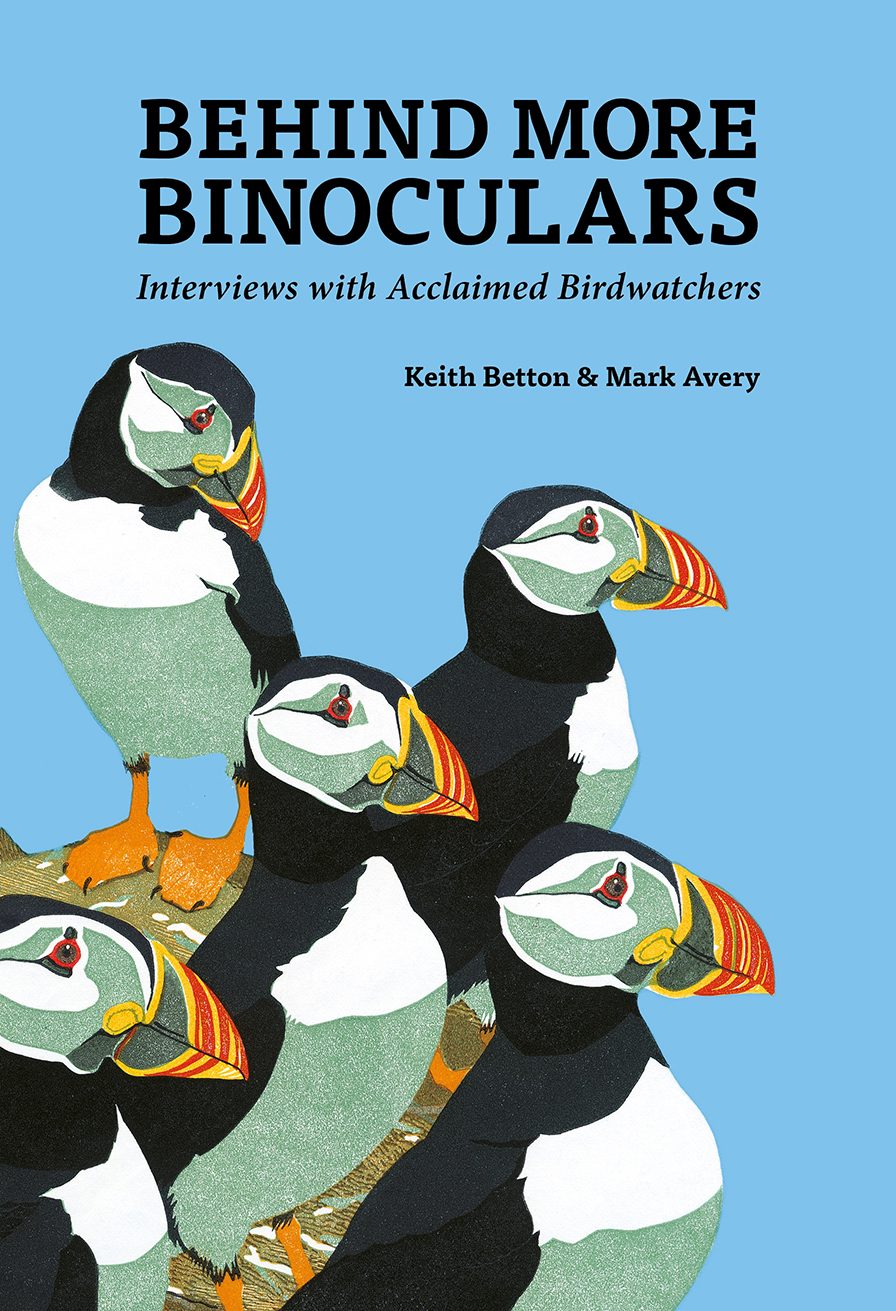 Behind More Binoculars will be published on or soon after 16 October – apparently the books are arriving on a slow boat from China – how exciting! – so that’s a bit less than a month away.

But I’ll give you the chance to win a copy signed by the authors, Keith Betton and myself.

Here are quotes from the book, one from each of the interviewees. Match the quotes to the interviewees and you could win yourself a book.  The winner will be the entry, posted as a comment on this blog post (I won’t publish the comments, just use them as entries to this competition), which matches the most comments correctly to the interviewees. In the event of a tie then the first entry submitted with that number of correct answers will win. Interviewees and their partners and offspring, employees of Pelagic Publishing and anyone else involved with the production of the book are excluded.

I set up a similar competition when Behind the Binoculars was published, there were 20 interviewees and the competition was won by Stuart Benn who correctly matched 7 of them.  So don’t be put off if you think you might have correctly guessed just a few – you might still win.

Rules:  Entries must be received before 1800 on 16 October.  Employees of Pelagic and people interviewed in the book are not allowed to enter. Entries must be made as comments on this particular blog post and the time of comment will be taken as the entry time.  Entries should include a valid email address so that I can contact the winner.  Only one entry per email address is allowed. The person with the most correct answers will get the book and in the event of a tie it will be the first of the tied entries that wins.

That seems a lot of rules for a small prize – and anyway, why not just order the book now and find out what the answers are as soon as it is published? If you move quickly, and use the code BMB30 you can get 30% off the cover price.

3 Replies to “Win a copy of Behind More Binoculars”