This email may have started the spurt of support for the ridiculously-worded e-petition in favour of grouse shooting.

It was sent out, as you can see above, by a person whose anonymity I will preserve, at least for a while, as he or she (sounds like a bloke though doesn’t he or she?) has done nothing wrong. In seeking to get support for the e-petition in support of grouse shooting ‘N’ has simply emailed some of his or her mates and asked them to sign the e-petition. And they may or may not have done so, and have then passed it on to a range of their mates, and so the message spreads.

So, I do know who ‘N’ is and I’ve asked him or her (I give up – ‘N’ is a he) whether he would like to write a guest blog here to expand on his thoughts – he has a way with words as you can see.  I’ve not yet had a reply.

But as the wave of forwarded and reforwarded emails spread further and further it reached some people who were happy enough to forward it on to me too. And some of these forwarded emails have interesting lists of the rich and landed who have been asked to support the e-petition in favour of grouse shooting.

Those asked to sign the e-petition (who knows whether they did or not) include some prominent land agents and property consultants and that doesn’t come as any surprise, as a ban on driven grouse shooting would wipe millions off the value of some upland estates. Having had a bit of an insight into the recipients of this chain email, it comes as no surprise that it is strongly supported in the Cotswolds, Yorkshire and central London. 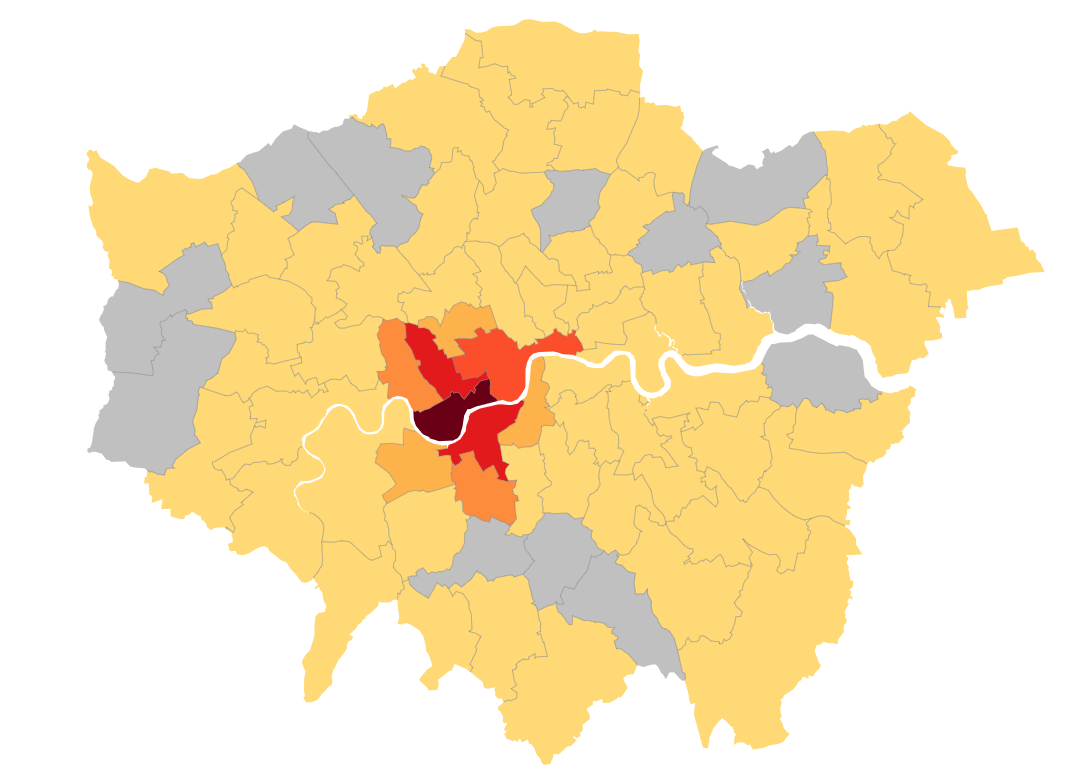 First, ‘N’ and mates find it as difficult to gather a single signature in Barking (just as Gavin Gamble did, and me before him) – that’s something of a relief!   But over 1000 signatures come from those four constituencies in Chelsea, Fulham, Kensington, Battersea and Westminster. These are not ‘real country people’ these are really the people who own the country – and that’s rather different.

And I would imagine that ‘N’ and friends were behind the support for the previous pro-grouse shooting e-petition since the geographic distribution of signatures is extremely similar.

But I would like to doff my cap to ‘N’ and friends, they’ve accumulated a very decent number of signatures so far.

I’d like to thank the people who have sent me the emails that have enabled me to write this post and I believe I have handled the information with discretion. If anyone else would like to pass on any similar emails then I’m just fascinated to see them. I guess you were expected to send the email on to your friends, and I’ll be your friend if you send it to me.

I’ll be planning to emulate this success in the New Year for the Gavin Gamble e-petition and maybe later in the year for the Ed Hutching one too. Have a think about whether you have any friends!

But while you are thinking, then just keep sharing this e-petition in favour of banning driven grouse shooting on social media please – maybe particularly if you are not keen to be described as a hypocrite, sanctimonious or a bigot.

46 Replies to “Calling all sanctimonious and hypocritical bigots!”