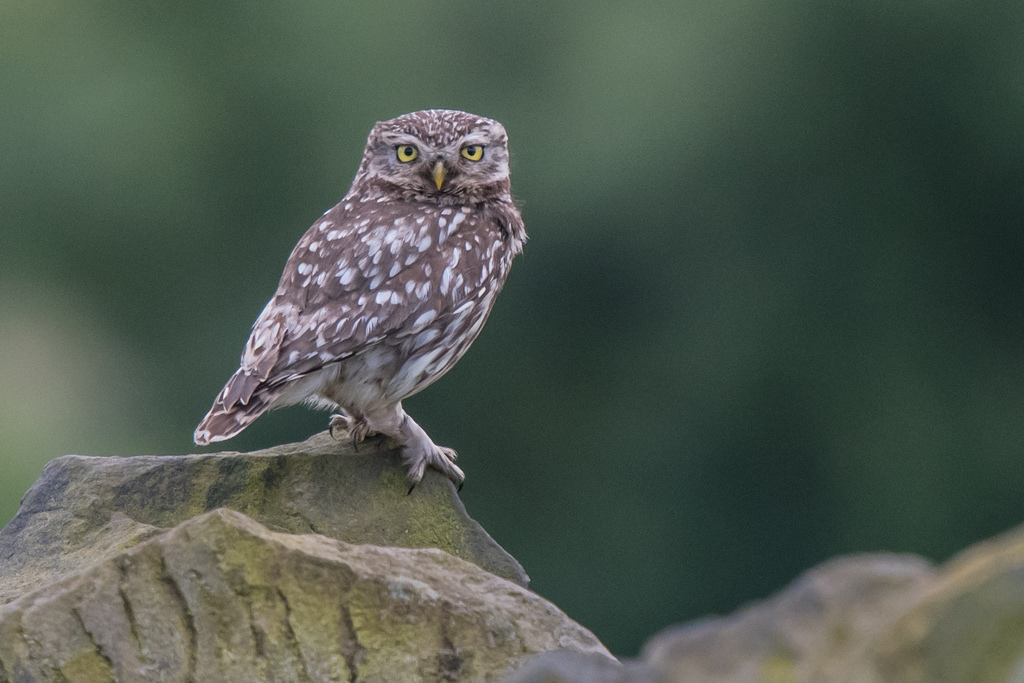 Tim writes: Although Little Owls look totally at home in Britain they are a nineteenth century introduction that had never been recorded here historically (not even as bones or fossils). The first attempt at establishing Little Owls in Britain was actually in Yorkshire at Walton Park near Wakefield in 1834 when Charles Waterton released five Little Owls that he had brought from Rome the previous year. These vanished without establishing themselves. They were also released in Norfolk and Sussex in the 1870s but these failed too. E G B Meado-Waldo released dozens of birds between 1874 and 1900 in Kent (between Tunbridge Wells and Sevenoaks) and they first nested in 1879 and were well established and widespread by 1900. The most famous introduction was near Oundle in Northamptonshire where Lord Lilford (Thomas Littleton Powys, 4th Baron Lilford 1833 –1896) had been releasing birds for several years and they first bred in the wild in Northants in 1889, ten years after they first bred in Kent. By 1892 they had spread to Woburn, 44 miles to the south, and in the next few decades they colonised much of England, Wales and eventually bred in Scotland in the 1950s.

Most of this information came from an article written in the very first volume of the journal British Birds: WITHERBY, H.F. and N.F. TICEHURST. 1908. The spread of the Little Owl from the chief centres of its introduction. Brit. Birds 1: 335–342.

Mark writes:  many thanks to Tim for a supply of great images through the year and some really interesting stories to go with them too.