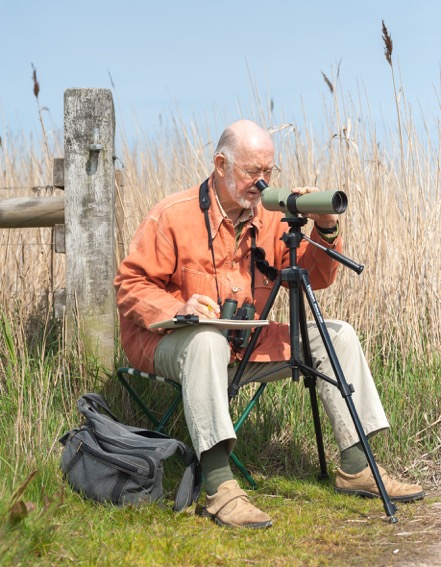 Robert Gillmor is launching his latest book at what he says will be his last major exhibition, at the Pinkfoot Gallery, Cley on 28 April (exhibition closes 11 May).  Put those dates in your diary!

Robert says ‘This will be the last exhibition of its kind I’ll ever do – I don’t have anything left!‘.

The exhibition will include over 200 linocuts and some classic prints from Robert’s back catalogue.  The linocuts are mostly from the last decade and include many New Naturalist covers and stamp designs for Royal Mail.  Robert’s last exhibition sold out in a few days. 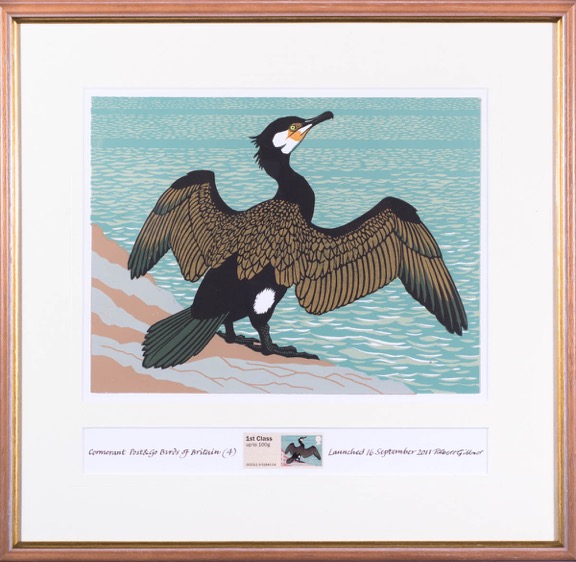 Robert Gillmor is one of the nicest of men, and most collected of wildlife artists.  He was a founding member of the Society of Wildlife Artists and a past-President.  He was awarded the RSPB Medal in 2003 (see an anecdote about that in Fighting for Birds, p 275) and an MBE in 2015.

I interviewed Robert for Behind the Binoculars and his artwork graces its cover and also that of Behind More Binoculars (see below). 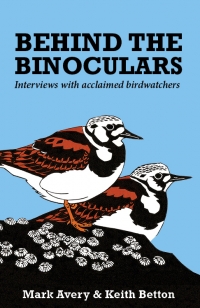 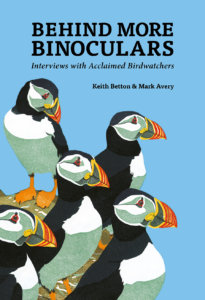 6 Replies to “The last Gillmor exhibition?”