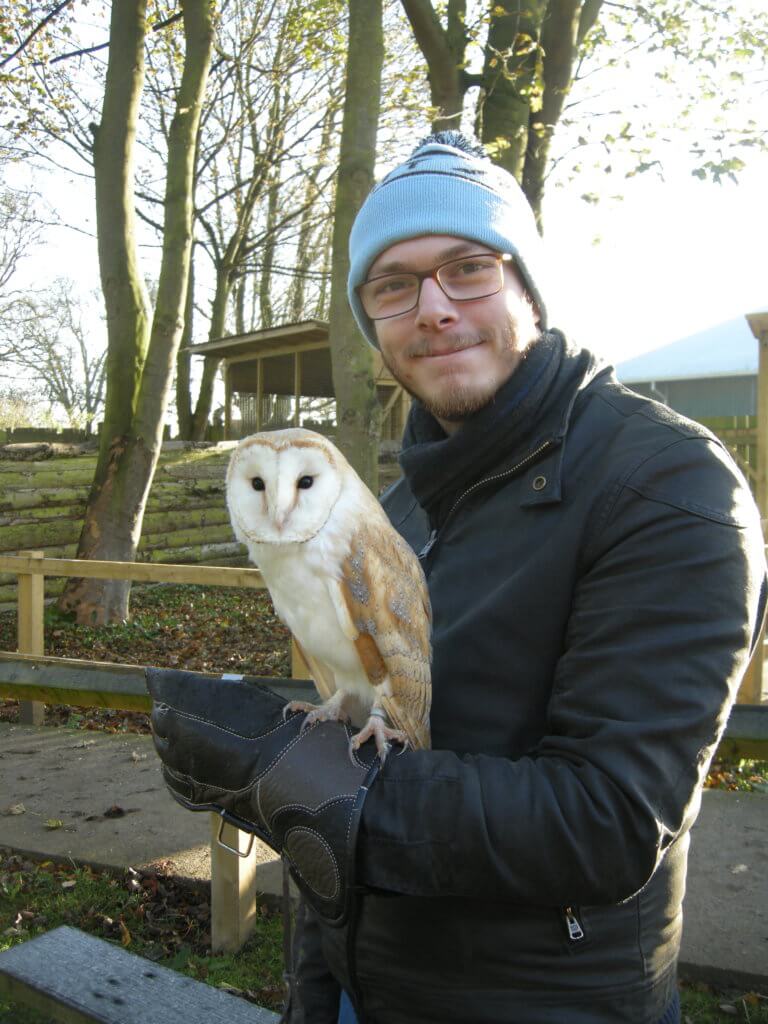 Callum Macgregor is a postdoctoral researcher, currently based at the University of York. His research interests cover the ecology and conservation of pollinators (especially butterflies and moths) under the influence of human-induced environmental change. In his private life, that passion for insects extends to all wildlife, especially birds, and a particular enthusiasm for raptors and owls has led him to support the #BanDGS campaign. You can find him on Twitter at @Macgregor_Cal.

“Protecting Scotland’s honeybees” – but at what cost?

I have tried to link to my sources wherever possible in this blog. In another hat, I am an active promoter of ‘open science’ – the work of most scientists in the UK is publicly-funded and I believe that, by rights, the public should have free access to read their results. I’ve made every effort to choose sources for this blog that are available for all to read – either Open Access scientific papers, reputable journalistic reports, or bloggers that I trust. In a few cases, though, some of you will hit the academic paywall, and will only be able to read the article abstract. For this I apologise.

Last week, the Raptor Persecution UK blog reported on a reception hosted by the pro-driven grouse shooting ‘The Gift of Grouse’ organisation at Holyrood. RPUK were invited along by Andy Wightman MSP (Scottish Greens); besides them, the event was attended by a (small) number of MSPs, and a range of parties with vested interests in driven grouse shooting. Their report on the event is well worth a read. For me, as an ecologist whose research interests tie into the conservation of wild pollinators, one thing in particular caught my attention.

Among several photos taken at the event by RPUK was one showing a pamphlet handed out by The Gift of Grouse at the event (that photo is reproduced here by kind permission of RPUK). The pamphlet details the ways in which grouse moors are, apparently, conservation hotspots (though RPUK themselves have previously debunked the line referring to 81 bird species), and makes the claim that grouse moors contribute to the “conservation of heather moorland – essential to the production of heather honey and protecting Scotland’s honeybees”.

It turns out that grouse-shooters have been pushing this angle for a couple of years at least (and regular readers of RPUK will be intrigued to see the prominence of the Hopes Estate in the linked article). You can certainly understand why proponents of grouse shooting would want to jump on this particular bandwagon. Recent declines in honey bees are widely reported in the media. As recently as 2014, a poll by Yougov found the British public considered declining bees to be the most important environmental issue of all – more so even than climate change – and bees to be the single species most worthy of conserving. The hysteria centres around so-called “Colony Collapse Disorder”, a phenomenon where honey bee hives are abandoned by their worker caste. In 2007, American bee-keepers first reported much higher losses of overwintering hives than expected. Problems have continued since then, with neonicotinoid pesticides and varroa mites the most high-profile suspects among a wide range of candidate causes.

People are rightly concerned, because honey bees are important – enormously so. Around 35% of global production comes from crops that are dependent on pollination by animals; and no animal species makes a larger contribution to this figure than honey bees. In the UK, bee-pollinated crops include such favourites as strawberries and apples, as well as the oil-seed rape that paints vast swathes of the English countryside in yellow every year. Their economic contribution is huge.

So you might be surprised that two weeks ago, an article was published in the highly-regarded journal Science arguing that declines in honey bees should not be viewed as a conservation concern (the paper itself is behind a paywall, but you can read the authors’ press release). The authors (Jonas Geldmann and Juan González-Varo, both researchers at Cambridge University) make a strong case that we should view the provision of crop pollination in agricultural settings as an entirely separate issue to the conservation of wild, native pollinators (and they are not the first to tackle this issue). They argue that, in settings where honey bees are not actively contributing to agricultural production, they do more harm than good.

Like honey bees, wild bees (which also contribute to pollination) are also in decline. So are moths, butterflies, hoverflies – in fact, almost all of the main groups of pollinating insects. Back in the autumn, a study showing that flying insects had declined by 75% on German nature reserves made the front pages. The causes of these declines are likely to overlap heavily with the factors threatening honey bees – for instance, neonicotinoids are also thought to be important here. But crucially, honey bees themselves are also thought to play a role in these declines. Their impact is twofold – providing competition to wild pollinators for access to pollen and nectar, and introducing and spreading diseases to wild populations as beehives are moved from place to place. These effects can even cascade further into ecosystems, as declines in wild pollinators cause reduced reproductive success in native flowers that are unable to fully benefit from honey bee pollination.

Therefore, our actions in different places and habitats should be determined by our goals. If the goal is to boost crop pollination, then we should treat honey bees for what they are – a managed agricultural animal, like cows or chickens. This is not such a far-fetched comparison as it might seem. Beekeepers move their hives around to make the most of available resources, such as mass-flowering crops (in the process, boosting pollination in those crops, with tangible economic benefits to farmers). They medicate them to stave off the diseases that always accompany unnaturally high densities of animals, and artificially supplement their diets when food is scarce. There is no such thing as a wild honey bee in the UK, and they might not even be native. We should be viewing Colony Collapse Disorder solely as a veterinary problem.

Going to the heather

On the other hand, if the goal is to conserve pollinators, then we should do what’s best for wild pollinators. In part, that means increasing not just the quantity, but also the diversity, of flowers. This brings us back around to grouse moors, which do provide an enormous amount of nectar for a short period in August – in simple terms of the quantity of nectar provision, heather is one of the biggest producers in the UK. Some beekeepers take advantage of this, by “going to the heather”. The result is a high-end product that supermarkets sell for 3-4 times more than basic ‘mixed blossom’ equivalents. It’s nice – I have a jar in my cupboard (though it’s not from a grouse moor!).

The impacts of grouse-moor management – particularly muirburn – on floral diversity are complex. In naturally fire-prone ecosystems, such as the Mediterranean, wildfires are an important source of disturbance. Many annual plant species have evolved to respond to fires by flowering, which can lead to much greater quantity and diversity of flowers in the years immediately following a fire – though research I am currently involved in suggests that not all wild pollinators are able to capitalise on this. Through these processes, naturally-occurring fires of a range of sizes and with different time intervals between them (termed ‘high pyrodiversity’) can lead to an improvement in landscape-level biodiversity.

But Britain’s upland ecosystems are not naturally fire-prone, so much of the native flora is not adapted to recover. Moreover, muirburn leads to fires of roughly controlled size at controlled intervals – and so, very low pyrodiversity. A 2011 study led by researchers from the University of Liverpool reported that muirburn does maintain the current level of floral diversity, preventing a complete monoculture of heather; but that this current level of diversity is severely degraded compared to what our uplands should naturally look like (a topic covered on Mark’s blog previously). Moorlands are also less botanically diverse than other semi-natural or natural upland habitat types (see section 3.2.5 of the RSPB’s 2012 review of grouse moor biodiversity).

The problem with this low plant diversity is that nectar resources may be in short supply outside of the relatively short flowering period of heather, especially in the hugely-important springtime. Pollinators need a range of flowers, blooming at different times throughout the summer, to provide a constant supply of food. Beekeepers can time their visits to coincide with the heather. Wild bees don’t have that luxury, and those that are present will need to make the most of the temporary glut. Honey bees will provide competition during this time for floral resources and introduce diseases that will harm native moorland pollinators. Other aspects of grouse moors are also problematic – for example, the lack of trees is likely to exclude the many species of solitary bees (and one bumblebee) that nest in tree holes. We are talking about a worst-case scenario on grouse moors for wild bees and other pollinators – a degraded version of an already low-quality habitat. To argue that this is important for production of heather honey is perhaps true. To argue that it is vital to the conservation of honey bees is like saying that we should protect grassy pastures – for the benefit of cows.

Regular readers of Mark’s blog will be well aware that grouse-shooting interests often try to paint themselves as ‘conservationists’, with the best interests of upland wildlife at heart. They will also be aware that these claims are frequently misplaced: being generous, they appear to be based on a fundamentally-flawed view of what a healthy upland ecosystem should look like. The Gift of Grouse’s claim that grouse moors help honey bees seems to be another example of a wildly misguided attempt to align grouse-shooting with conservation interests. Please don’t fall for it!