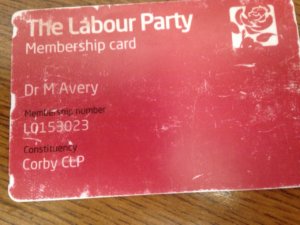 Things that some will like (and others will hate) include:

There are many good things here, and the list is a lot longer than those I have selected.  This sets the bar higher than the current government has done, so it’s good to see an element of healthy competition between the two main political parties in England over being nice to animals. See this Guardian commentary.

If you look through the list you’ll see that there isn’t a lot of meat on the bones (as it were) and there are a few things listed that certainly aren’t really animal welfare issues (eg Introduce a ‘Blue Belt’ to protect and enhance our marine environment around the UK and overseas territories) but which are welcome nonetheless.

I wonder whether we will see a Labour Nature Conservation plan – which would be a rather more taxing document to produce.  I hope so, as this Animal Welfare plan is good but doesn’t cover all the ground needed by a long way.

However, it is good to see that the issues of bird of prey persecution are higher up in the Labour Party’s consciousness than ever before (and than at the last general election).  Wildlife crime is mentioned up front in th covering note of the plan and there is the suggestion (see above) to improve enforcement and prosecution rates for killing birds of prey – which are very much to be welcomed.

And so please consider having a look at the Labour Animal Welfare plan and then tell the Labour Party what you think of it.  I’m going to do that with a mixture of praise and suggestions for futher action. One of the suggestions for further actions will be a ban on driven grouse shooting. Imagine if everyone did that…