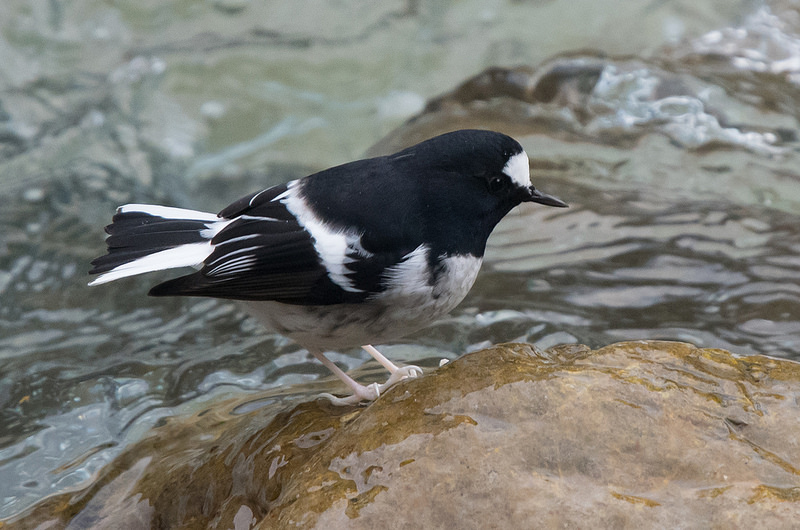 Forktails are a family of birds native to SE Asia that inhabit rivers and streams.  I have seen several different species (always a treat to see) but the Little Forktail surprised me by being really tiny.  Also it does not have the exaggeratedly forked tail that the others have.  In fact its scientific name Enicurus means single tail, referring to the lack of a splayed forked tip seen in all other Forktails.  The Little Forktail lives on mountain rivers in the Himalayas and the mountains of southern China, usually at altitudes of 1200-3600m.  I photographed this one at Labahe in Sichuan at about 3000m.    It draws attention by its habit of constantly pumping and splaying its black and white tail, a bit like a Pied Wagtail.  I was also taken by their extraordinarily smooth,  white legs, which seems odd on a songbird.  Even when I zoom in I cannot see any scales on the legs, which are usually apparent in all close bird photographs.  They spent most of the time picking insects off moss-covered rocks in fast flowing rivers but occasionally they would walk right under the water like a Dipper.