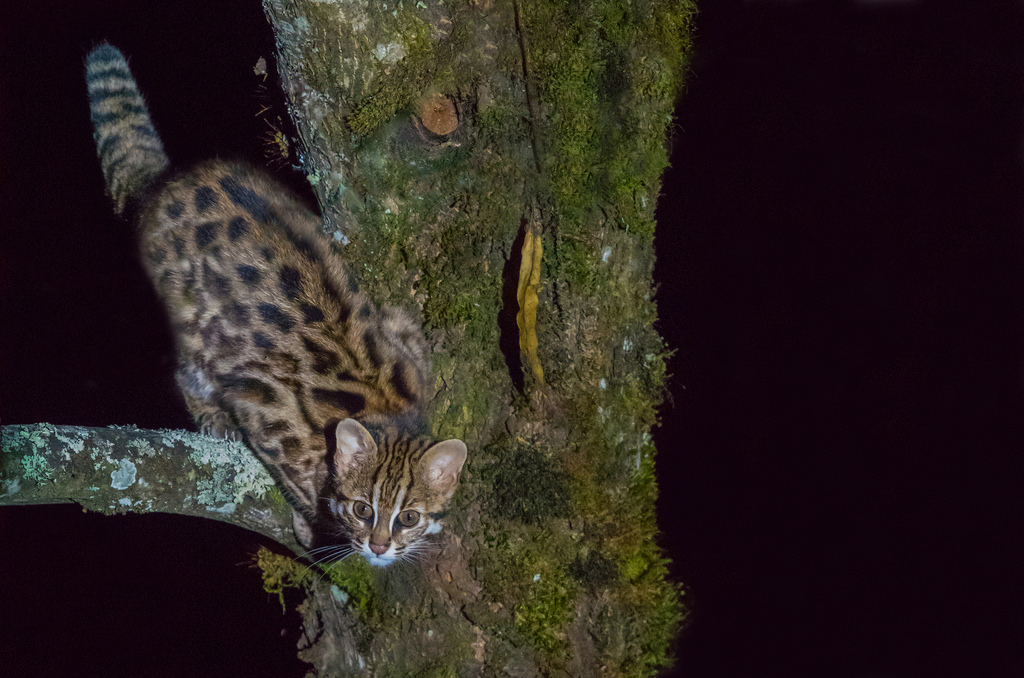 This wild Leopard Cat (Prionailurus bengalensis chinensis) was photographed at night by torchlight, but with no flash.  I spotted him in a roadside tree as we were driving past at Labahe in China.  I managed to shine a flashlight on him long enough to capture a photograph.  About the size of a domestic cat but with longer legs, Leopard Cats are widely distributed in Southeast Asia.  They are highly arboreal hunting rodents and tree shrews, but will also hunt on the ground. usually at night.

Archaeological studies have shown that Leopard Cats were tamed or domesticated in China 5000 years ago but were gradually replaced over time with cats descended from Wildcats (Felis sylvestris lybica) from the Middle East.