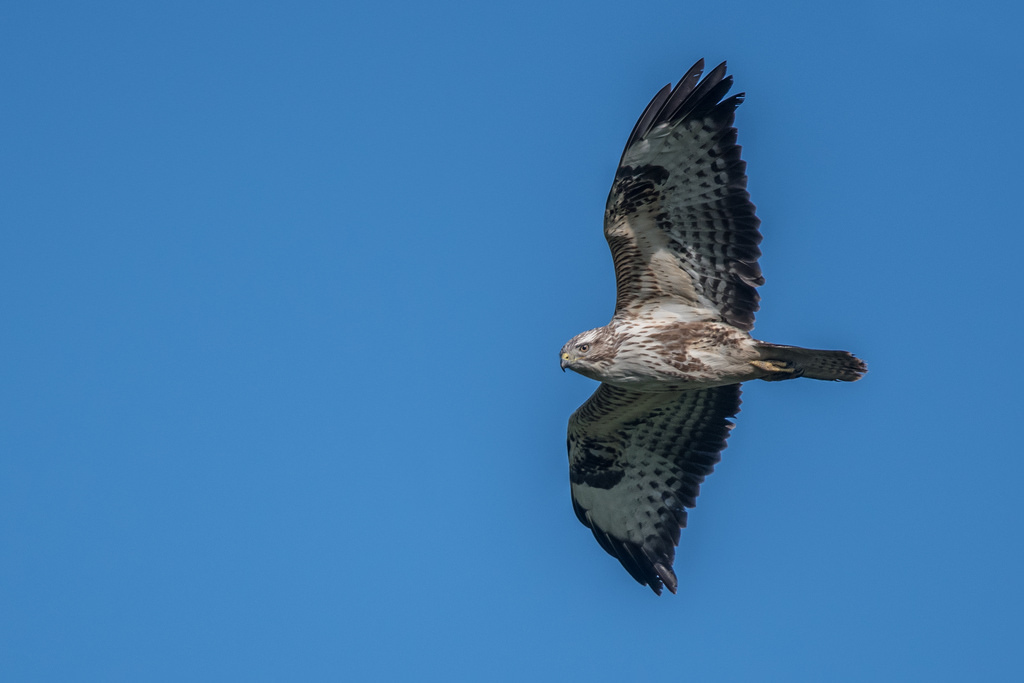 Tim writes:  I think this is the first time I have managed to capture the eye detail in a Buzzard, which is especially good as he’s looking right down at me.   Their plumage is variable and this is quite a pale individual, and identifiable as an adult by the thick, dark trailing edge to the wing.  In fact it is so pale it has a superficial resemblance to Rough-legged Buzzard,  but it is definitely just a Common Buzzard.  Buzzards have now overtaken both Sparrowhawk and Kestrel to become Britain’s most numerous bird of prey.  There are now an estimated 67,000 breeding pairs whereas Sparrowhawk and Kestrel only have 33,000 and 45,000 respectively.  When I moved to Yorkshire in the 1980s there were no Buzzards anywhere near me in the South Pennines.  I had to go west to Wales or the Lake District to guarantee seeing a Buzzard but today they occur almost everywhere.  The spread coincided with the Government’s more robust attitude to pesticide abuse, which had previously been keeping the population suppressed.  I photographed this one in the Peak District in South Yorkshire on 22 April 2018.