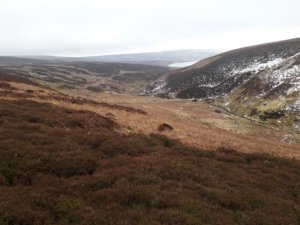 Nobody really trusts politicians these days (which personally I think is sad because there are some good ones out there) but until recently we have trusted government agencies. In nature conservation, in the olden days, some of the greatest nature conservationists of their time, of any time, worked in and led the statutory agencies – and yes, I have Derek Ratcliffe in mind amongst many others.

After reorganisations and cuts our statutory agencies are shadows of their former selves – and yet the job we need them to do is just as great and just as difficult as ever.

There are many good staff in Natural England but it is a failing organisation – failing to do its job for nature, failing the public and therefore failing to retain our trust.

Our crowdfunder is to take legal action against Natural England – to make them do their job properly! I’m sad that it has come to this. It would have been hard to imagine a decade ago and it’s the consequence of political neutering of a once laudable organisation (if you consider NE, EN, NCC and NC as being one evolving body).

Just look at some of the comments that supporters of this legal challenge have attached to their donations:

And that is just a selection of some of the most recent bolshy comments.