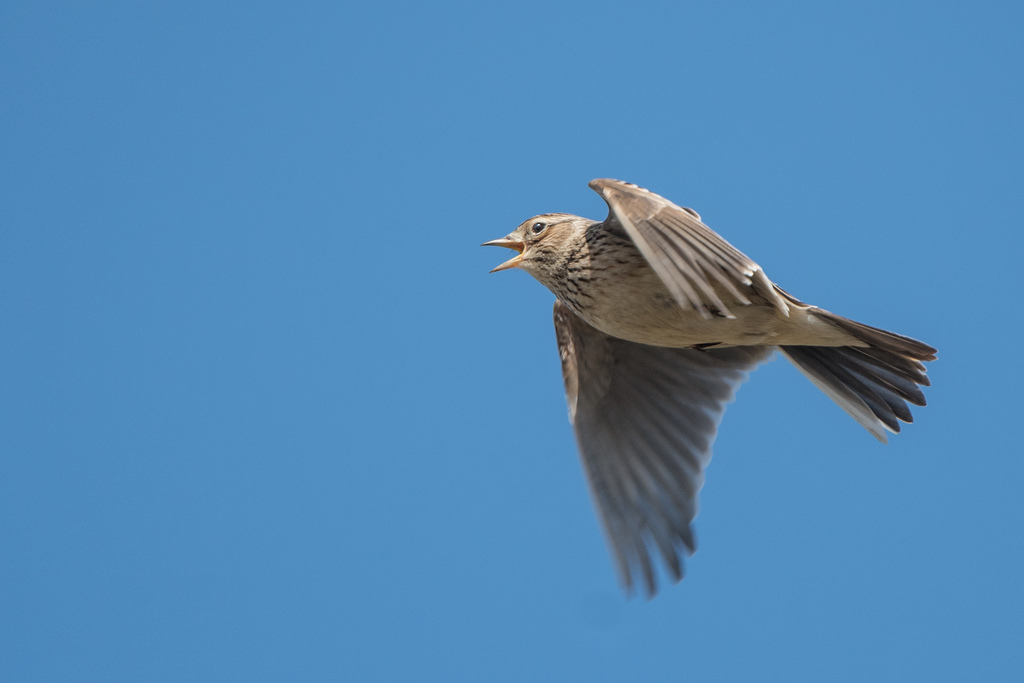 Tim writes: Skylarks inhabit a variety of grasslands from sand dunes to grassy moorlands but they were most characteristic of arable farmland.  But from the late 1970s their numbers started to tumble when we switched from spring-sown to autumn-sown crops.  This hit Skylarks in several ways, not least by removing their winter stubble feeding habitat.  Skylarks also like to nest in short grasslands but autumn-sown crops were too tall and dense for them by the time the springtime nesting season arrived.  Some Skylarks nested on the tramlines where tractors had driven, but these were also thoroughfares for foxes so these nests suffered high levels of predation.  Most of the agri-environment measures for farmland birds are aimed at the field margins but these don’t much help Skylarks which nest in the centre of the fields.

The Lark Ascending will make most people think of Ralph Vaughan Williams’ musical composition (composed 1914 but premiered 1920).  But it was George Meredith’s 1881 poem of the same name that inspired Vaughan Williams to compose his piece.

Skylarks are really quite difficult to photograph in flight as they rapidly rise so high that they are just a dot in the sky in next to no time.  So to photograph one in flight you have to catch “the lark ascending” soon after take-off.  Fortunately they sing from the word go, so you get a warning of where to aim the camera.  But after a second or two he is way too high for a decent shot.  I used 1/1250 exposure to try to freeze the action but those wing tips are just a blur. But you can see his bill is wide open as “he drops the silver chain of sound” (that’s a line from Meredith’s poem). 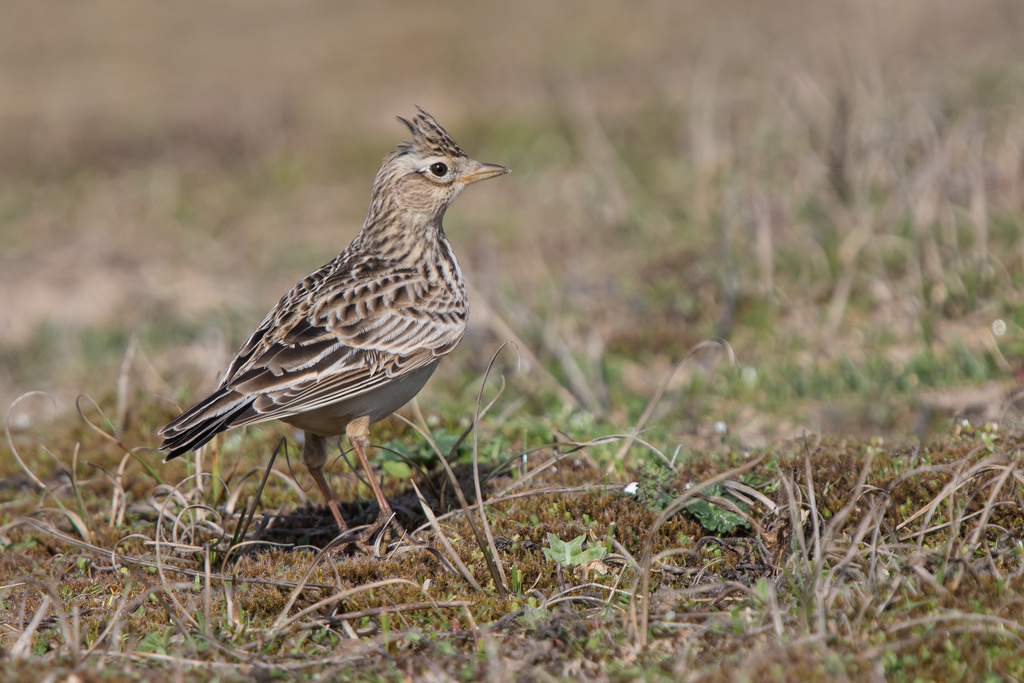