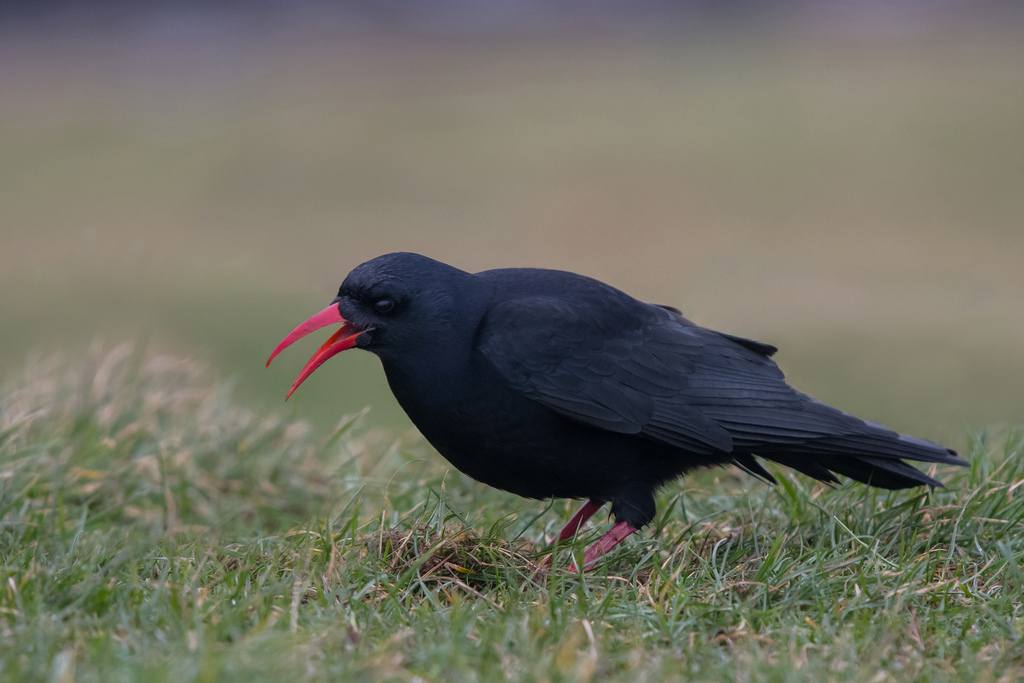 Tim writes: In Britain, Choughs (Pyrrhocorax pyrrhocorax) are rather rare, and probably always have been as there are few English folk names for them. There are many ancient references to Chough but that is because this was the name originally applied to the Jackdaw. Shakespeare refers to Choughs in seven of his plays but at this date he can have only meant Jackdaws (he was writing about 1590-1613). The name Cornish Chough was the real Chough’s earliest name (Turner 1544) as it was literally the Cornish Jackdaw (also called Cornyssh daw in 1575). Thomas Bewick (1804) was the first to drop the epithet “Cornish” and just called it Chough as by this date the name was no longer used for Jackdaw. As Chough is a defunct onomatopoeic name for Jackdaw it is certain that it was originally pronounced “Chow” (similar to Bough being pronounced bow). But everyone now pronounces it “Chuff”.

This was a vagrant Chough that spent several weeks on the Lancashire coast in early 2018.