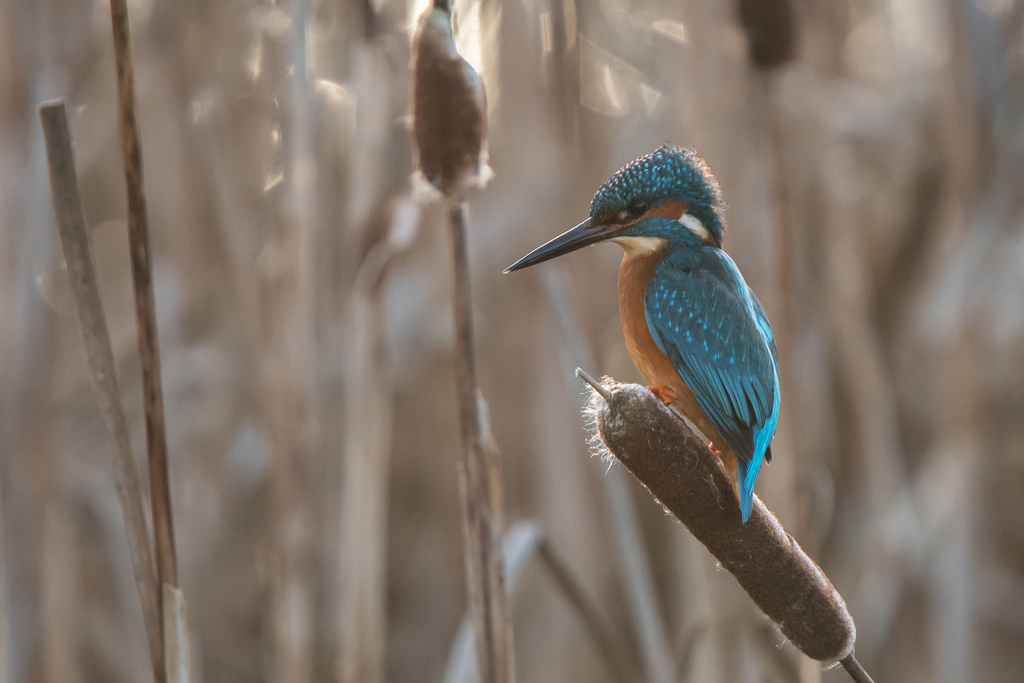 Tim writes: Kingfisher photographs are a bit of a cliché as it seems that the internet is awash with pin sharp images on lichen-encrusted twigs.  But most of these are taken from special hides with strategically placed twigs and often with something to lure the Kingfishers in.  But this photograph was different as it was just a serendipitous sighting as I was walking past a local lake on 1st January 2018.  I had no bird hide or lures, just my own stealth and patience and managed to catch this one perched on top of a Reedmace head.  This one is identifiable as a  young male (hatched 2017) by its all-black bill coupled with a pale bill tip, which is lost by spring.  Females have a conspicuous portion of orange at the base of the lower mandible which starts to develop a month or two after fledging.